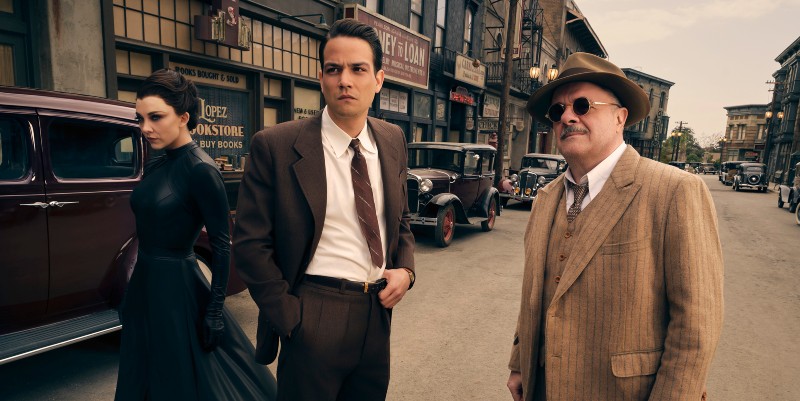 "You can't imagine how happy I am to be writing a proper crime story!"

The inventive, Emmy-nominated Penny Dreadful series, which ran on Showtime for three seasons, 2014 through 2016, featured an irresistible concordance of Victorian-era monsters and demons of various stripes. It earned creator and writer John Logan a coffin’s worth of accolades and even an Edgar Award, for Best Episode in a 2014 TV Series (“A Blade of Grass”).

Penny Dreadful: City of Angels, which debuted on Showtime on April 26, features ten weekly episodes, moving the timeframe and setting of the original series from Victorian London to the Los Angeles of 1938.

We are transported to the time when avaricious politicians and businessmen want to build the first freeways bisecting Los Angeles, which will cut through neighborhoods populated by increasingly disaffected Mexican-Americans. It is also a time when the popularity of radio evangelists is at its peak; when a growing subculture of Nazi sympathizers is finding ever more support; and when a largely racist and corrupt police department is only too happy to keep its collective boots on the necks of its poor ethnic minorities.

This is the world against which the conflicts in City of Angels are to be played out. But with one wild card added to the mix—a demon is on the loose. And she won’t be content until all of Los Angeles is burned to the ground.

And so to guide us through this increasingly unstable and violent corner of the universe, I turned to the series’ creator and lead writer, John Logan, making his first entry into the wonderful world of the crime story. 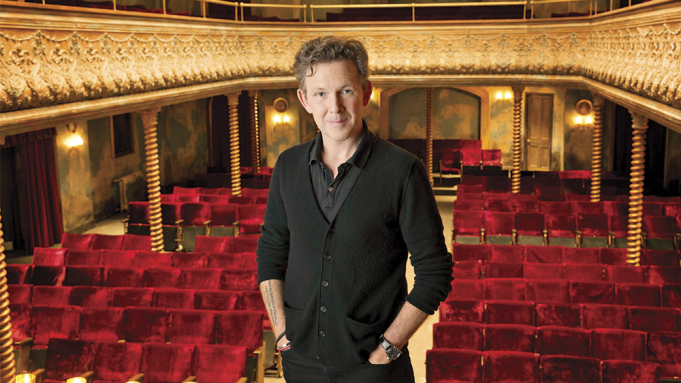 Michael Barson: When Penny Dreadful reached the end of its run in 2016, did you already have the story of City of Angels mapped out as your next production? If not, how and when did the concept arise?

John Logan: Not mapped out at all, no. The original series closed the book on Penny Dreadful, so I thought. But with the seismic political changes in the world around us in the last few years, I starting thinking about a new story that could reflect some of these dangerous trends. I was reminded of the late 1930’s in LA. All the same trends we know so well today: irresponsible political demagoguery, the marginalization of ethnic communities, city planning as a form of social engineering. You can’t talk about the history of Los Angeles without talking about the Mexican-American experience. And you can’t tell the story of the building the freeways without talking about the communities they displaced and threatened. Thus, City of Angels.

MB: The City of Angels period and setting at first blush inevitably invokes that classic noir Chinatown—but City of Angels really has a much different canvas to paint, with entirely different brushstrokes, doesn’t it?

JL: Chinatown is one of my favorite movies—Robert Towne’s impeccable script especially—but I wouldn’t call it noir. It has its own vibe that doesn’t pay homage to old cinema tropes. It’s one of the most sun-drenched and fiendishly complex movies, as well as wildly entertaining. The look of that movie—the feel of the dry LA heat—along with To Live and Die in LA and Michael Mann’s great LA movies such as Heat and Collateral—was a huge influence. Our cinematographers studied how Polanski and John Alonzo captured period LA.

City of Angels is its own beast though, particularly as it explores so many different areas of 1938 LA: from the poor Mexican-American neighborhoods to the bustle of downtown to the rich enclaves of Pasadena to the beaches of Malibu. And the supernatural element is certainly a unique take on the period.

MB: The supernatural elements that are woven throughout this story are utilized much differently than those that defined the first Penny Dreadful… From where did the inspiration for the frightful Magda come? She reminds me of the omnipotent, omnipresent narrator in the Stones’ “Sympathy for the Devil”…

JL: One I decided to dramatize the folk Catholic deity Santa Muerte, I thought it would be exciting to give her an antagonist, thus the character of Magda. She weaves through the many storylines of the series like Mephistopheles, tempting, seducing, threatening. I’ve always though of her as the dark angel who sits on your shoulder and whispers into your ear; appealing to the worst in mankind.

MB: Having written numerous screenplays for both feature-length films and for these episodic television dramas, is there a significant difference in how you need to alter your work process from one medium to the other?

JL: Entirely. Movie scripts are a closed narrative system in which everything is contained within the one story: beginning, middle and end. Television requires more open-ended thinking… Unspooling the story over weeks, months, years, with room to grow, contract and expand. Also, television gives you the advantage—and the challenge—of having extra time. You can unfold the stories with a more deliberate pace, taking time for various detours and flights of fancy. When I’m writing for television I try to think like Dickens: engaging characters; lots of plot; cliffhangers to end each chapter/episode.

MB: Do you anticipate City of Angels having a three-year arc the way Penny Dreadful did? Or does Showtime wait for you to dictate that, leaving the show’s timespan open-ended?

JL: Open-ended. I love writing the characters and the stories, so can see it continuing.

MB: Your screenplay writing has spanned so many genres, including such acclaimed films as Gladiator, The Aviator, Hugo, Sweeney Todd, Any Given Sunday and the Bond films Skyfall and Spectre. But is City of Angels really your first foray into the historical crime genre? And if so, would you venture there again?

JL: You can’t imagine how happy I am to be writing a proper crime story! I love mysteries and still regularly read Sherlock Holmes, Nero Wolfe, Hercule Poirot, Philip Marlowe, Charlie Chan, Hammett’s amazing Continental Op. As well as watching the movies and TV adaptations compulsively. (Can there be better entertainment than the Jeremy Brett Sherlock Holmes series?) In fact, my favorite relaxation is watching Murder She Wrote!

MB: Over the course of your stellar filmography, what project has been the One That Got Away?— a story concept or book you particularly wanted to develop into either a film or television series that for some reason has so far eluded your efforts?

JL: Yes! I’ve always wanted to adapt Ray Bradbury’s Martian Chronicles and Something Wicked This Way Comes. But the rights have always been tied up. Ah well, one day.

The Classics of Boxing Literature 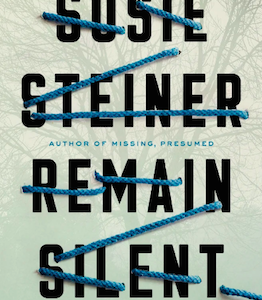 She has been bothered by the man in the tree—another thing to add to her sense that the country, nay, the world, is going...
© LitHub
Back to top