John Sandford is the author of the Prey series, the latest of which is Golden Prey, available now from G.P. Putnam’s Sons.

What was the first book you fell in love with?
The first book I fell in love with was probably The Once and Future King by T.H. White. I would have been about 14 or 15 when I read it, and found it terribly heroic and romantic and tragic, everything a young teenager needs in a novel. I didn’t actually own the book, but borrowed it and re-borrowed it from the public library, on the recommendation of a library lady who looked out for me.

What classic do you feel guilty about never having read?
A classic I feel guilty for not having read… A la recherché du temps perdu, by Marcel Proust. A college literature teacher told me that I absolutely must read it, if I weren’t to be a literary idiot. He said the best way to do it was to find a hammock, and spend a summer reading it for an hour or two at a time. I honest to God haven’t had time to swing in a hammock that much, not since I got out of college. It’s been one thing after another…

What’s the book you reread the most?
A book I’ve reread the most: not a single book, but the whole series of thrillers by Ross Thomas. I worked through them over and over, both because I liked the stories, but also because I liked the writing, the way Thomas took thriller situations and twisted them. I wore those books out, and Thomas almost literally taught me how to write. My current books don’t sound much like his, but my first ones—the Kidd series—did.

Is there a book you wish you had written and why?
A book I wish I’d written—Queen’s Gambit, by Walter Tevis. I can’t tell you why. Again, it’s my kind of writing, and I found his perceptions and inventions to be fascinating. Tevis is a greatly underrated American writer. He didn’t write that much—only six novels—but good God: The Hustler, The Man Who Fell to Earth, The Color of Money, Mockingbird, Queen’s Gambit, The Steps of the Sun. I mean, that’s a terrific winning streak. 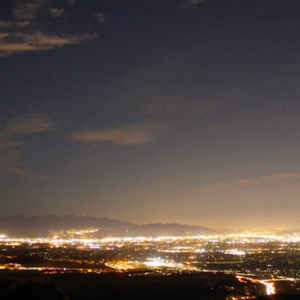 Dennis Lehane, Since We Fell (Ecco) Any new Lehane book is cause for celebration, but this one, a standalone with Lehane...
© LitHub
Back to top