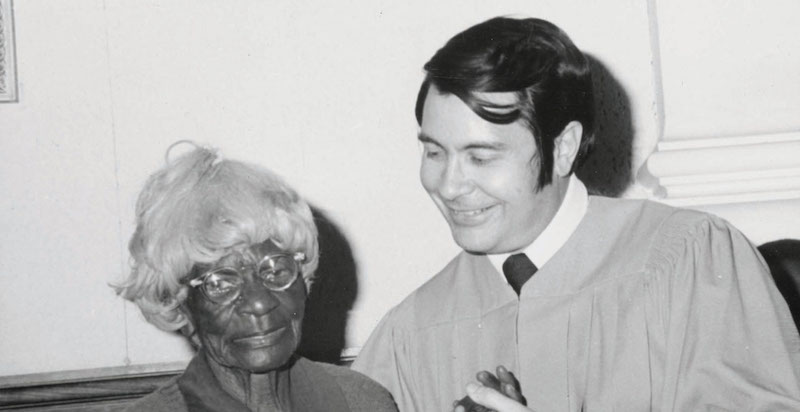 On the Life and Times Before the Jonestown Massacre

When we talk about Jim Jones we don’t talk about the many years he spent traveling the US and preaching. We talk about the night when he and an unspecified number of his followers committed mass suicide in their settlement in the Guyanese jungle known as Jonestown. Jim Jones’s story has a stubborn teleology: we know the spectacular, horrible ending. But what about how he, and his followers, arrived there? Is there any comprehending the events that led to such a fatal choice?

Jeff Guinn’s new book, The Road to Jonestown: Jim Jones and Peoples Temple, emphasizes in its title that it is going to be about the journey (oh, would that that word had not been co-opted by reality show contestants and New Age seekers). In Guinn’s hands Jones’s whole story is presented and it’s fascinating: from his small town Indiana origins; to his days honing his skills at a small church in Indianapolis; to his turn as a big tent revival preacher, which gave him a taste for massive crowds; to transplanting his congregation to rural California with incursions to San Francisco, Los Angeles, and Seattle, to recruit more believers in those cities; and finally, to the settlement in Guyana, which Jones and his followers referred to as the “PL,” or promised land.

Guinn works by accretion, and the research scaffolding this book is tremendous. It’s easy to imagine every waitress who ever poured Jones a cup of coffee was interviewed for this book, though in reality he spoke to every surviving member of the Peoples Temple and others affiliated with Jones and the group as well as using documents from the group. Unlike Charles Manson, the subject of Guinn’s previous (also excellent) book, Jones was not caught up in the mythos of 1960s. He wanted to be Billy Graham, not the Beatles. The temptation to compare Jones and Manson is tantalizing, but their means and missions couldn’t be more different. Crazy as he is, Manson is small time compared to Jones, though Manson was also, one could argue, much more hands on in manipulating his followers. Jones was bigger—a significantly larger following, closer to reaching his collective dream of a promised land, and a more dramatic, larger scale ending. Jones’s relation to his times is complicated: as a preacher, he seems a throwback to something more wholesome, though it is 1960s vices that bring his crumbling empire down; specifically, drugs that make him paranoid, though the government and the media were really after him too.

Most of Guinn’s book is about Jones as a preacher and a leader. Again, contra the 1960s, Jones did not want hippies as followers: the tuned out and turned on do not fill the collection plates on Sunday or the coffers during the week. Jones sought hardworking members of society with steady paychecks or pensions. He loved older people, as Social Security or disability checks were always reliable. He encouraged them to bring their adult children and extended families with them.

The message he preached might seem surprising: it was straight-up utopian socialism. Unlike most flavors of Christianity, where you get your reward in heaven, Jones advocated for “a church where you get something now.” That’s why there’s no apostrophe in Peoples—part of the church ethos was that there were no possessions, and members should live communally. Jones preached about feeding the hungry, clothing the naked, and helping your brother man, regardless of differences including race (this is also a significant difference between Jones and Manson, as Manson advocated for a race war). At the pulpit, he could be anything to anyone, an extremely gifted and versatile preacher, though he did tend to go on:

His sermons deliberately rambled. Like a great composer crafting a multi-movement symphony, Jones varied his rhythm and tone. He ran the gamut from fire-and-brimstone preacher to acerbic social commentator. At one point Jones might throw down a Bible, even stomp on it, and yet a little later cite scripture to reinforce some socialist point. He’d refer to himself as God, the reincarnation of Christ, or Lenin in a single turn at the pulpit. No one listening, even the ones most devoted to him, could take it all in. But at some point each follower heard something that reaffirmed his or her personal reason for belonging to Peoples Temple, and for believing in Jim Jones.

Along with the rambling sermons, Jones would send his followers out among the crowds to spy on potential new members and then follow up later with personal visits or notes. He also staged fake faith healings, which went over big, especially in the revival tents. It was tactics like these that built up his midwestern congregation. Eventually he picked up stakes and moved them all to rural California, in the Redwood Valley near Ukiah. There they started the communal living he had preached, all of the races together, and their numbers expanded. New members were born and acquired by the roadshows to different cities, with Jones’s followers again mingling in the crowds and then following up with potential new members. Jones preached at the compound (yes, there was a compound) least once on Sundays and two nights a week. All sermons were mandatory for Temple members, even the smallest children.

“The affairs, which used to be sequential, and all with women, became multiple and bisexual as well.”

Throughout the history of the Temple, Jones had problems trusting people. His micromanagement led, in part, to his downfall, as he started taking large doses of amphetamines to help keep him going (it also helped him keep those long, rambling sermons long and rambling). Jones already had his California mini-empire before he dug in deep to drugs and started having sex with his followers: there had been discreet affairs, but again, the drugs made him lose his discretion. He’d see a pretty new member around and ask for her to be brought to his office; the affairs, which used to be sequential, and all with women, became multiple and bisexual as well.

The original plan was for part of the congregation to settle Jonestown first and for the others to join them when the land was cleared and more housing was built. But restlessness inside the ranks and pressure from the outside world moved up the timetable. Relatives of Peoples Temple members were demanding to see their family members, and a Bay Area paper had run a damning article about Jones and the Temple. This moved up the schedule so Jones had everyone who was able flee to Jonestown. Once they were there spirits quickly dropped. Temperatures were unrelentingly hot. The work of clearing the land was extremely difficult. There was so little to eat that Temple members made do with two meals per day of mostly rice with a little bit of beans. And the pressures from the US were not stopping: Jones heard a congressman was planning to come inspect Jonestown and was bringing some relatives of Temple members with him. He could not let that happen, could not let the world see what had become of his dream, of the Peoples dream.

The congressman and his delegation, including family members, did come. The White Night, as the Jones and his followers called it, transpired, and two of Jones’s bodyguards shot and injured members of the delegation before they could leave, though there were survivors. Coincidentally some of the older boys, including two of Jones’s sons, were in Guyana’s capital for an exhibition basketball game when it happened, so they are the only surviving members of Jones’s family. They are both interviewed extensively in the book. One of them, Jim Jones Jr., concludes about his father’s dream, “What I’d say about Peoples Temple is, we failed, but damn, we tried.”

Shanghai Noir: How to Write Crime Fiction in a City with a 100% Conviction Rate 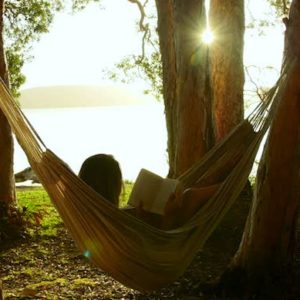 John Sandford is the author of the Prey series, the latest of which is Golden Prey, available now from G.P. Putnam's Sons. What...
© LitHub
Back to top