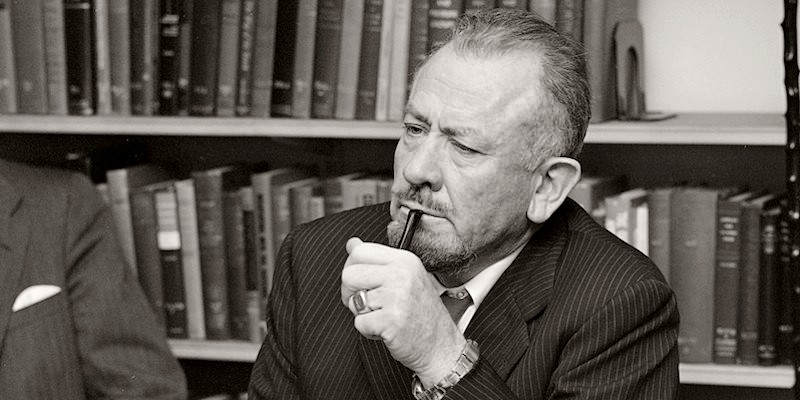 John Steinbeck wrote a werewolf murder mystery, but you can't read it.

Yes, you read that right. No, this is not a prank.

Before Nobel Laureate John Steinbeck became an essential part of the Western literary canon, he was an unpublished writer with three rejected novels to his name. (Relatable!) Apparently, one of these novels was a mystery called Murder at Full Moon, which featured (get ready for it) werewolves. Twenty-something Steinbeck wrote the novel under the pseudonym Peter Pym.

The 233-page manuscript—currently stored in the Harry Ransom Center archives, where it has languished since it was rejected by publishers in 1930—centers on a small California coastal town whose residents are trying to make sense of a recent wave of grisly murders that happened during the full moon. Officials think that a monster is terrorizing the town. The cast of characters includes an inexperienced reporter, a gun club manager, and an amateur investigator who is obsessed with pulp detective fiction.

“Even though it is very different from Steinbeck’s other work, in a totally different genre, it actually relates to his interest in violent human transformation—the kind of human-animal connection that you find all over his work; his interest in mob violence and how humans are capable of other states of being, including particularly violent murderers,” explained Professor Gavin Jones, a specialist in American literature at Stanford University.

“It’s certainly not Steinbeck the realist, but it is Steinbeck the naturalist, interested in human nature. It’s a horror potboiler, which is why I think readers would find it more interesting than a more typical Steinbeck. It’s a whole new Steinbeck—one that predicts Californian noir detective fiction. It is an unsettling story whose atmosphere is one of fog-bound, malicious, malignant secrecy.”

Dying to read Steinbeck’s attempt at horror? Well, unfortunately, you can’t. McIntosh & Otis, the agents of Steinbeck’s estate, have firmly shut down any speculation about the novel’s publication.

“As Steinbeck wrote Murder at Full Moon under a pseudonym and did not choose to publish the work during his lifetime, we uphold what Steinbeck had wanted,” they told The Observer. “As the estate’s agents, we do not further exploit the works beyond what had been the author and estate’s wishes.”

In response to McIntosh & Otis’s comments, Jones told the Guardian, “Steinbeck did attempt to have the book published early in his career, and he did not destroy this manuscript as he did several others. Many authors have their works published posthumously, and write under pseudonyms.”

For now, it looks like Steinbeck’s werewolf magnum opus won’t see the light of day. But maybe the agents’ minds will be transformed under the next full moon . . .

Vanessa Willoughby is the Assistant Editor at Literary Hub.

The Lady of Zamalek 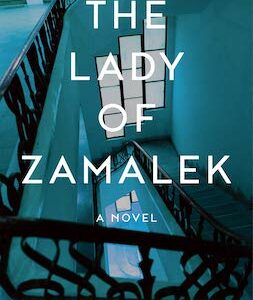 The Lady of Zamalek

“fools gamble With things they don’t own, even though the first thing they’ll lose is their life.”—Abbas Mahalawi The...
© LitHub
Back to top