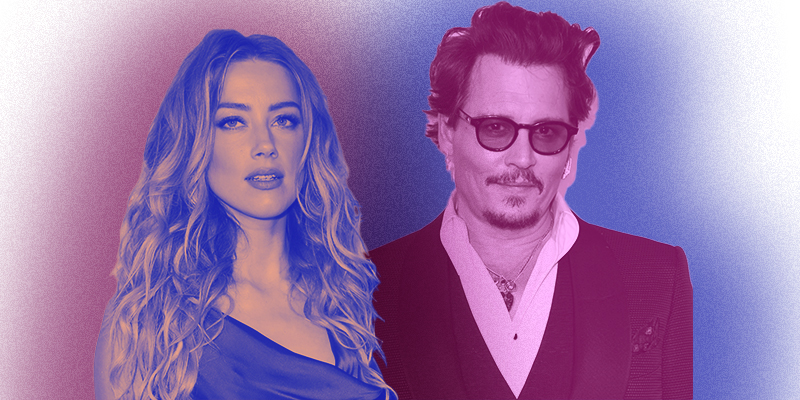 "Since getting married and becoming a mum, I’ve seen first-hand how powerful the urge can be to favor the opposite sex..."

Years ago, I had a silly wine-fueled argument with my dad, which I’ve thought about on many occasions since. We were debating who had it worse: Elvis Presley or Marilyn Monroe. I said Elvis; my dad said Marilyn. Neither of us would give way. I remember feeling furious at the sexism: no sympathy for Elvis, but Marilyn was fragile because she was female.

Little did I know that I’d see this phenomenon play out again and again—in families, amongst friends, office politics and in the media—until finally it would spark a novel. What I discovered was that women found it natural—irresistibly so at times— to defend men, and vice versa.

Right now there’s an Elvis versus Marilyn debate raging in a very public arena—one that’s been updated to suit our current appetite for intensely personal details: a grotesque blame-fest under the guise of a serious legal process, acted out under the media spotlight.

As I write, #JohnnyDeppVsAmberHeard is trending again. The latest news reel has been watched 1.3 million times. Some might argue that the serious matter at the heart of this case has been lost. Just to put the record straight: it’s about abuse. It has nothing to do with Amber Heard’s make-up brand or whether she’s smiling too much in court.

If you think the public is evenly split during this democratic process, a quick look again at Twitter will inform you otherwise. If you search for #AmberHeard, the first result is #AmberHeardIsALiar, the second #AmberHeard. The third: #AmberHeardlsAPsychopath.

I’ve searched every hashtag for Amber Heard. There’s no mention of truth in any of them.

Likewise, in Johnny’s there’s no mention of a psychopath.

This tired ancient trope is a huge problem for us as a society—the elephant in the room that somehow no one can see, even though it’s blocking our view.

We may as well put Amber Heard on a dunking stool in Salem. Or put the pot of water on the stove so she can boil the bunny. It’s too easy, the name-calling: psychopath, liar. Rolling out the woman who uses feminine wiles to get her way. It’s like we keep her up in the attic with our Christmas decorations, dusting her off whenever we need her. Hurry up, love, you’re needed in court! Money-grabber. Gold-digger. These are terms that aren’t female per se and yet are almost exclusively applied to young women.

In a court of law when two sides are battling it out, we should – as a fair society – have a pretty equal amount of name-calling on both sides, should we not? We’re talking about a man who wrote a text that stated: “Let’s drown her before we burn her” and “I will f*ck her burnt corpse afterward to make sure she is dead.”

This week, the case took a sensational as well as peculiar as well as jaded turn all at once. If you’ve done a lot of research into sexual assault allegations, or abuse allegations generally, then you’ll know why this particular moment felt jaded above all else.

Enter Kate Moss, supermodel, British-accent. Not very happy-looking. But yes, she will vouch for Johnny.

On some level, of course, this is absolutely fine. Why shouldn’t she defend him? It was a nice thing to do for her ex. More than nice: moral. Responsible. She’s doing her bit for justice.

But it felt so familiar. For whenever men are accused of abuse, women often step forward to defend them, sometimes en masse in a stampede. In 2018, after NBC anchor Tom Brokaw was accused of sexual harassment by two women, more than sixty women signed a letter defending him…within a day. In the same year, sixty-five women defended Supreme Court nominee Judge Brett Kavanaugh in a letter amid allegations of sexual misconduct, declaring him a ‘good person.’

Whilst reputation and personal history matter in a court of law—along with public opinion—there is something dangerous about these statements of solidarity, however well intended, particularly when it comes to abuse allegations.

Just because sixty-five women deemed Brett a good egg, and sixty women said Tom was a decent man, and in the case of Johnny—no, he didn’t push me downstairs, says Kate—good eggs don’t always behave like good eggs. Just because someone behaves nicely towards you at the photocopier at work doesn’t mean he hasn’t committed a serious misdemeanour elsewhere.

These rushed judgements—in Tom Brokaw’s case, less than twenty-four hours to weigh everything up and sign a letter that more or less null and voids another woman’s claim of abuse—especially when played out on social media, are not only medieval but rife with hearsay and bias. One might ask if they’re worth the paper or I-phone they’re written on.

Because our opinions about sexual allegations—or anything of a he-said she-said nature—are always ultimately going to be about our personal history and how that’s informed our ideas about gender.

[T]he problem is that any kind of die-hard stance is too flawed—especially when we don’t even realize we’re taking it.

My novel Good Husbands was sparked by a heated conversation that took place in my local pub one night. I listened in wonder as one particular woman argued fervently against those making allegations about Harvey Weinstein. I was surprised not only by the level of anger but at whom it was directed—i.e. not Weinstein. More to my wonder, however, was the fact that the quietly spoken man opposite was trying to get a word in edgeways, defending, yep you’ve guessed it: the women.

Not everyone feels the same way. That much was clear from the extensive research I did for Good Husbands. The huge differences in opinion was precisely what I wanted to write about, in particular how women felt about the women making sexual abuse allegations.

Men are equally complex, divided, one might add. Humans don’t fit into neat little categories, however hard Twitter tries. We’re complicated with complicated stories. But sometimes men also fit into the #Ibelieve her or #Ibelievehim group. Sometimes they have fixed opinions about whether women are vulnerable, exploited by sexually potent men. Or whether they’re money-grabbing bitches out to screw men whichever way they can.

Since getting married and becoming a mum, I’ve seen first-hand how powerful the urge can be to favor the opposite sex and how we need to stay on top of this, catch ourselves and stamp it out. Mothers doting on sons, hard on daughters. Fathers who struggle to talk to sons but adore their daughters. Daughters-in-law who joke with their fathers-in-law but can’t stand the mothers-in-law. It’s an unconscious bias that we have to work to unpick. And it’s a lifetime’s work.

Since getting married and becoming a mum, I’ve seen first-hand how powerful the urge can be to favor the opposite sex…

If we’re to sit on juries or use #hashtags or judge others, then we should at least try to think about our prejudices. If we’re on the jury in a rape case then we need to be mindful of what we’re dragging into the courtroom with us before we’ve even heard the first witness.

In the case of our Johnny—because he is our Johnny, always was, always will be, in a way that Amber Heard won’t be—I’ve no idea how it will turn out. The sad fact is that, despite all the online side-taking, it’s impossible for us to say with any certainty what went on behind closed doors. That’s the jury’s job.

One of these days, I’ll ask my dad about Elvis versus Marilyn again, just to see if he’s changed his mind. Because I think, in retrospect, we were both right. I was just taking the man’s side because I knew my dad never would. And he was defending the woman because he saw her as intrinsically vulnerable.

So, actually, maybe we were both wrong, after all. 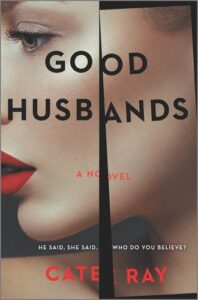 Cate Ray is an author of four previous novels of suspense published in the UK under the name Cath Weeks. She was named an Author to Watch by ELLE. She lives in Bath with her family. Her new novel, Good Husbands, is now available.

Seven Characters You Love to Hate...Or Hate to Love 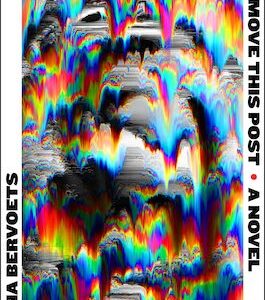 My first real working day at Hexa was a Tuesday. I was originally supposed to start on Monday, but the only time Yena could...
© LitHub
Back to top