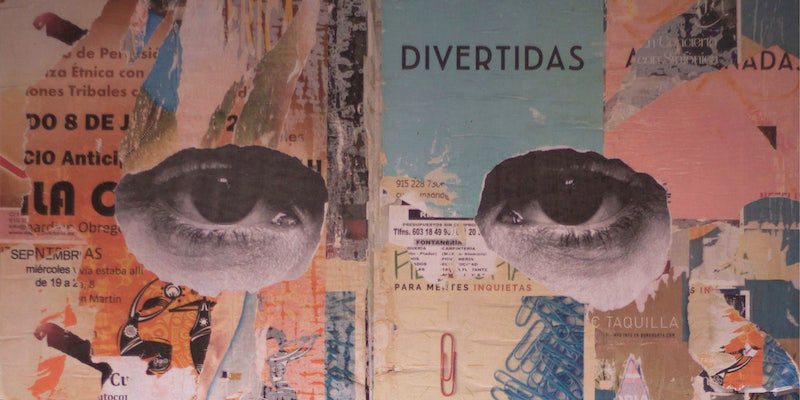 True Crime Is Changing
(And That's A Good Thing)

Moral concerns have energized a new generation of writers to critically examine what we get out of true stories of violence.

True Crime is a genre that has priors—a rap sheet a mile long—and dark secrets dating all the way bac to its very first hit, Truman Capote’s seminal 1966 smash, In Cold Blood. A master stylist’s attempt to write the world’s first non-fiction novel, it’s a heart-stirring read, telling the tragic story of a family slaying in small town Kansas.

Indeed, the story is so assured and deeply-felt that at times it seems almost too perfect, too good to be true, and many of those interviewed by Capote as part of the project later questioned the veracity of his narrative, claiming that he had misquoted some, misrepresented others, and in several cases, conjured whole scenes out of thin air. As a result, In Cold Blood’s influence exists not only as an almost undisputed work of art, but in characterizing what would become an enduring criticism of the genre.

That some of this stuff can’t possibly be true…

Vincent Bugliosi’s Helter Skelter caused a similar sensation in 1974, and remains one of the best-selling books of all time. It’s a riveting account of the lead up to, and aftermath of, the Tate-Labianca murders on Cielo Drive by members of the Manson family—a crime which sent such shock-waves through society that it has often been described as the end of the counter cultural movement. Bugliosi was a prosecutor, a lawman, and as such, he himself would become representative of the genre in the coming years. Because, of course, those working in close proximity to crime, the cops, the court reporters and lawyers, all benefited from easy access to material. It made sense that so often true crime writers came from this limited pool. But what many of them also had was an agenda, an angle, and a particular point of view to sell.

For decades, Helter Skelter stood as a towering and unimpeachably true document, its victims unable to speak and its villains so comprehensively damned that any counter point they could raise was immediately dismissed. Only in recent years, as the genre has begun to more publicly interrogate its defining texts, have serious questions started to stick to the book.

But if a novelist is expected to ‘perfect’ details, and a prosecutor is expected to state their case, then what kind of account can we anticipate from the acquaintance of a serial killer? Ann Rule, who would go on to become one of the genre’s leading writers, met Ted Bundy in 1971, while working at a suicide helpline, and was almost immediately charmed by him.

Although Bundy was arrested in 1975 as a suspect in several Seattle murders, it wasn’t until irrefutable physical evidence was presented against him in court that Ann Rule really believed her friend was guilty. Although this realization is movingly portrayed in her 1980 debut, The Stranger Beside Me, she was criticized for continuing to have a relationship with Bundy, even sending him money in jail, raising questions about how far true crime writers should go for access to such stories, and the moral implications when they do.

Yet far from discouraging the next generation of true crime authors, these moral concerns seem to have energized them. As the genre has come of age, this new breed of writer has set out to examine and clarify established narratives. The Furious Hours by Casey Cep looks at Harper Lee’s involvement in the research of Capote’s In Cold Blood, demonstrating not only that she was essential to that book’s writing, but that perhaps her own misgivings about the genre prevented her from completing a long-gestating true crime work of her own.

Tom O’Neill’s 2019 contribution, Chaos, was a sensational and at times scandalous unpicking of Vincent Bugliosi’s above-mentioned prosecution case against the Manson family, and a forensic debunking of his signature work, Helter Skelter. In Chaos, O’Neill posits that the reason the Manson murders have remained shrouded in mystery for so many years, is because of deliberate obfuscation by law enforcement and government agencies, alleging a dizzying but all too plausible cover-up that would have to include top officials, as well as Helter Skelter’s author, Vincent Bugliosi himself.

Hallie Rubenhold’s own reckoning with the excesses of the genre, as well as the appetites of some of its readers, goes back even further, and in her excellent 2019 nonfiction account, The Five, she gives life back to the women who were murdered by the killer known as Jack the Ripper. Where many accounts have smeared the five known victims of the ripper as prostitutes, often treating their deaths as a kind of foregone conclusion at best, or as gory entertainment at worst, Rubenhold not only locates the human beings behind those reductive headlines, but places them within their proper context. As working-class women living in an unescapable world of poverty and misogyny, each with their own loves, losses, hopes and dreams, and each deserving the dignity of having their stories properly told.

Much of this more recent shift in the genre seems to have come from questioning the stories which we were once told to believe—from the official accounts of police to the findings of courts, from the testimonies of close friends to the conclusions of some of our most renowned writers. Perhaps this questioning is what has led to the defining theme of true crime in the current era, the stay at home, armchair detectives, the citizen sleuths, who have risen from online and open source investigative communities, kept honest by rigorous fact checking, signaling a shift in intent.

Modern classics have emerged from these communities, such as I’ll Be Gone In The Dark, which threw a spotlight on an until then little-discussed serial killer, resulting in the sheriff who went on to arrest the first serious suspect in decades thanking the book’s author, Michelle McNamara. There have also been pop-culture phenomena such as the My Favourite Murder podcast, many episodes of which include a segment called Corrections Corner, where criticisms and inaccuracies of previous episodes can be aired for full accountability.

It was in this context, of a genre reckoning with its checkered past, that I decided to attempt something like the opposite of Capote’s nonfiction novel. Where he took real events and applied the style and sweep of a novel, I took completely fabricated events and applied the style of a true crime narrative. My hope was to ask questions about all of the above; the idea that a true crime writer might alter the facts to suit themselves, that a member of the establishment might use their privilege to silence other voices, and the idea that a writer might get so close to their subjects that they lose objectivity and make a bad situation worse.

After all, how many of the genre’s definitive texts are already at least partly fictionalized? 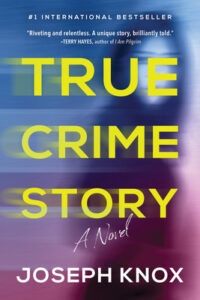 JOSEPH KNOX was born and raised in and around Manchester, England, where he worked in bars and bookshops before moving to London. His debut novel, Sirens, the first in the Aidan Waits trilogy, was a bestseller and has been translated into eighteen languages. True Crime Story is his first stand-alone novel. Twitter: @JosephKnox__ | Instagram: @knobbth
http://www.josephknox.com 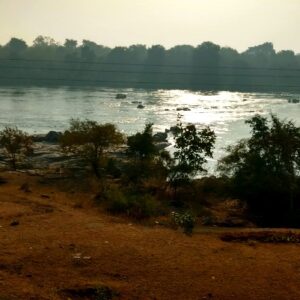 I had just wrapped up my first Harith Athreya mystery (A Will to Kill) and despatched the manuscript, when I set off for the Bundelkhand...
© LitHub
Back to top