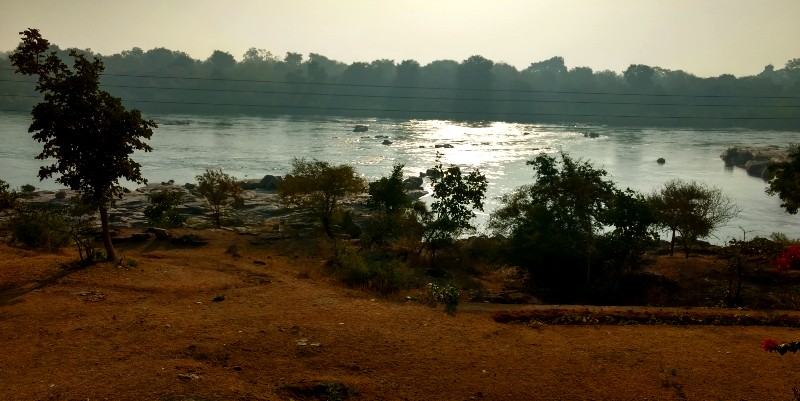 Sometimes, a place cries out to you, asking you to make it the setting of a story. RV Raman writes about how a remote resort in Central India supplied the setting for his second mystery.

I had just wrapped up my first Harith Athreya mystery (A Will to Kill) and despatched the manuscript, when I set off for the Bundelkhand hinterland in Central India. My nephew was getting married at a charming resort there, tucked away on a riverbank near the erstwhile kingdom of Orchha. November was the perfect time for visiting – the heat of summer was behind us, and the bite of winter hadn’t yet arrived.

Off we went, my wife and I, on a much-anticipated jaunt, kicking it off with a 24-hour train ride from Chennai to Jhansi. That was a mini-event in itself for it had been many years since we had taken a long train journey. After a leisurely day and a comfortable night, the train deposited us at Jhansi Railway Station a thousand miles away, just as dawn was breaking. The scattered occupants of the station included a few bleary-eyed travellers, some slumbering porters and a bunch of tea sellers peddling their steaming beverage in small earthen pots that would be smashed after a single use (hygiene!).

The resort was an hour’s drive away along dusty roads. A fine mist clung to the ground and the trees, reminding me of the mystery I had just finished writing (the mist is almost a character in that story). Wooded wilderness bordered the road on both sides as the night surrendered to the first rays of the sun. Here I was, in yet another picturesque spot in the vast Indian countryside, but I wasn’t thinking of the next mystery. I had already decided the setting for my next book. Or so I thought.

The resort turned out to be an isolated and traditional single-storey building. Two wings of the building ran away at right angles into the distance from where we stood under the portico. The crenelations and walls were painted brightly in red, orange and yellow. Before us stood an ancient security guard with grand, grey whiskers. The tips of his long, stiff moustache grew further apart as he grinned and threw us a crooked salute.

In we went, through wide double doors, and found ourselves gazing at a huge quadrangle that was open to the sky. All around the verdant square were rooms connected by a covered corridor that traced the entire inner perimeter. All rooms opened into the quadrangle, and there seemed no entrance other than the double doors through which we had just come.

Even as we stood there, waiting for our room to be allotted, the vision before my eyes began changing subtly. With a few changes here and there, this resort could become a great setting for a murder mystery! Once the double doors were closed, the resort and its occupants would be isolated from the world outside. A closed circle mystery? Interesting.

I glanced around for something I knew had to be there. Within a minute, I found it – stairs leading to the roof. Aha! Murder in Mesopotamia all over again! In real life and right here in contemporary India! I looked around with fresh interest. The brightly coloured corridor had rooms on one side and the open quadrangle on the other. Nice and cosy!

In my mind’s eye, it became night. Velvety darkness shrouded the quadrangle. Feeble lights glowed here and there in the corridor. The moon was nowhere to be seen. A figure crept out of a room, stood there peering around furtively, and then hurried through the quadrangle towards another room. Snoring softly, the old, bewhiskered guard didn’t see him. The darkness and the soft grass underfoot were the interloper’s ally.

Abruptly, my reverie was broken by a smiling young man who handed me our room key. ‘Good God!’ I thought, as we made our way along the pillared corridor to our room, ‘is a story already taking shape?’

Our room was nice and comfortable. Hand-painted frescos on the ceiling, carved furniture along the walls and a large painting above the bed thickened the delightful, old-world atmosphere. I felt as if we had gone back in time. Opening the door at the far end of our room, I found myself in a private veranda overlooking the River Betwa. Dotted with boulders and shrubs, the ground sloped down to the water. Silence prevailed. Not a building marred the sight.

My imagination took off again. Even if the double doors at the entrance were locked, a resident could sneak out (or in) through her veranda unseen. And if she had a boat or a raft, she could avoid the only road that led to the resort and the security guard too. That’s fine, but where would she go in a boat? Up and down the river were options for sure. What about something more exciting? Like the shadowy opposite bank?

Lifting my gaze, I studied the dense greenery across the water. Thanks to Google Maps, I knew that I was looking at one of the two river islands around which the Betwa flowed at this spot. Uninhabited isles. Rampant imagination flared again … what if the isle was haunted? What if there was a legend associated with it? A spooky legend that involved unexplained deaths? That would make it a ‘Dire Isle’, wouldn’t it?

Like most places in India, Bundelkhand too had centuries and centuries of history that involved multiple kingdoms and reigns. One of them was the Orchha Kingdom, a couple of miles upstream, with its enduring cenotaphs, fort and royal palace. In fact, the land on which the resort stood had been a part of the bygone kingdom. All old places in the country had legends, not to mention a ghost story or two. Surely, Orchha had one too?

It did! It found it the next day, and it would supply me the kernel for the myth I was looking for. That’s all I needed – a core I could build around. The rest of the myth would be supplied by my own imagination. Now, things were starting to fall in place!

With that realisation came a wave of sheepishness. Here I was at Orchha, for the happy occasion of a wedding and a family get together, and my mind was contemplating murders and mysteries? Terrible! I shook myself out of it and decided to make myself sociable.

The next few days supplied me several other elements of my next mystery – the town of Jhansi, the museum and a restaurant where some scenes could be set. The white water rafting we indulged in gave me the first scene of the story. Whether I wanted it or not, I had all the setting of my next book: A Dire Isle.

The title derives from the densely wooded river island that is not only uninhabited, but is also haunted (in my story). Naaz Tapu, as it is called in the book, is home to an ancient legend from the Orchha Kingdom. River Betwa that flows around it, helps the isle keep its secrets. Legend has it that those who went to the isle did not return alive. Some just vanished. The resort on the riverbank (where I stayed) became an archaeologists’ base in the book, where much of the mystery unfolds. In the background is a string of unsolved antique thefts and a very recent death on Naaz Tapu.

So, this is how a chance visit gave me a great setting for a story. Completely unasked. I know that many books have been inspired by real locations over the years, but this is my personal experience.

A Dire Isle begins with this backdrop of the Naaz Tapu legend. Matters quickly become interesting when an archaeologist defies the legend and pays the price, making the legend come alive in flesh and blood. Among the cast of characters is a lady archaeologist who is the spitting image of the heroine of a centuries-old tragic tale involving a lovely lady and the prince of Orchha. She is inextricably intertwined with the legend, and perhaps with the murder. Who is she?

The sleuth is the same one from A Will to Kill – Harith Athreya. This is Athreya’s second mystery, and certainly not his last.

And what became of the setting I had in mind before I went to Bundelkhand? It has become the milieu for the third Athreya mystery: a castle in the Himalayas. 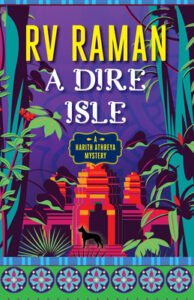 RV Raman is the author of four corporate thrillers published in India, which are loosely based on his corporate career spanning three decades and four continents. His first traditional mystery (A WILL TO KILL), an Agatha Christie-esque whodunit, was published by Agora Books in October 2020. The next in the Harith Athreya series, A DIRE ISLE, also set in India, is slated for publication in December 2021. Find him at www.rvraman.com and on Twitter @RVRaman_

True Crime Is Changing
(And That's A Good Thing) 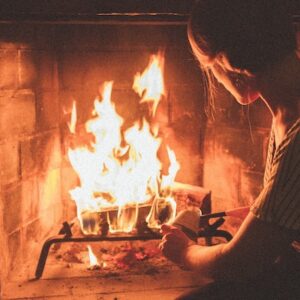 For me, every good book begins with its characters. Even with crime fiction, where a gripping and twist-filled plot is essential....
© LitHub
Back to top