Con Artists, Scandal in Boston, and the Hunt for a Meticulous Serial Killer

These are boom days for writers and readers looking for thoughtful, hard-hitting stories about real-life crime. Whether you’re in the mood for a high-octane page-turner, an investigation, or a penetrating memoir, chances are there’s a book (and many a podcast or docu-series) out there for you. Every month, we round up the best new crime non-fiction with recommendations from CrimeReads staff. Here are the selections for July: 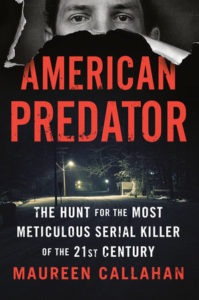 Maureen Callahan’s extensive and deft investigation of Israel Keyes, an American serial killer who broke into houses, abducted victims in broad daylight, and then buried their bodies in remote corners of the country, will shock even the most avid true crime fans. Rife with conversation between Keyes and the FBI, Callahan delves into the psychology of both law enforcement and criminal in this chilling account of “the most meticulous serial killer of the 21st century.” 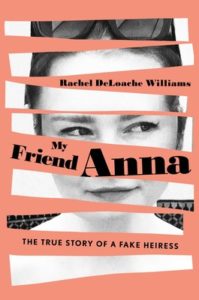 Summer 2019 was dubbed “The Summer of Scam” largely on the steam of a New York Magazine / The Cut story about Anna Delvey, a supposed German heiress and downtown New York scenester who left a string of hotel and restaurant bills and some very confused and suddenly broke friends in her wake. One of those friends was Rachel DeLoache Williams, a photo editor at Vanity Fair, who pops up throughout the NYMag story and is left holding onto quite a few bills run up by Delvey, shown to be a serial confidence artist preying on a select circle of New Yorkers. Now, after testifying at Delvey’s recent trial, Williams has her own account of Anna Delvey’s crimes and scams. My Friend Anna is a powerful account of Anna Delvey’s life and crimes, but also a searching portrait of confidence artists and hustlers at large and the kinds of communities that seem especially vulnerable to them. 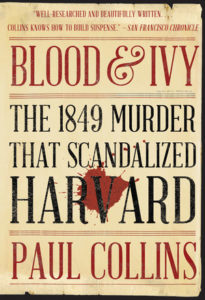 This account of the 1849 murder of Dr. George Parkman, a Boston Brahmin with vast land holdings in the city and longstanding connections to its most famous university, has everything a reader could want in a piece of historical true crime: a mysterious murder, a long string of clues, a cast of eccentrics from the highs and lows of society, and even the legal and forensic breakthroughs that give this case such a fascinatingly complex legacy. Harvard Medical School is the sight of much of the intrigue, with a committee of doctors trying to find the bodies in their own basement, so to speak, and the city’s courtrooms, where forensic sciences made one of its very first appearances. Collins proves himself a dogged researcher and a talented storyteller. 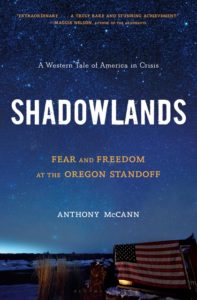 McCann’s account of the 2016 standoff known as the “Oregon Occupation” defies categorization but is built out of a non-fiction tradition that stretches back to Joan Didion’s California essays, Capote’s In Cold Blood, and other ambitious works that begin with a violent transgression and radiate outward to take in large swaths of society during a flashpoint crisis. McCann breaks through the accepted narratives of the standoff to get at deeper truths about land in the west, ranching traditions, activist causes, and a host of other issues so central to today’s national divide. 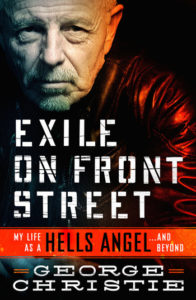 For decades, Christie was a senior man in the Hell’s Angels, an ex-marine who rode at the front of the pack alongside Sonny Barger and served as one of the group’s leading voices to the straight world, developing and explaining a complicated mythos surrounding outlaw culture and camaraderie. In his later years, he tried for a peaceful retirement, but had enemies in the club and found himself a target for its wrath. His memoir is an engaging, insightful piece of writing from the very epicenter of an outlaw movement that helped defined a certain era and movement in recent US history. Christie still has a streak of the true believer in him, controversies notwithstanding, and his memoir makes for a spirited, provocative addition to outlaw lit. 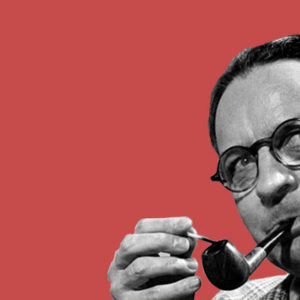 There are times in life when you need a good opener. Maybe you're caught in a rut and need the charge of a new world, new characters,...
© LitHub
Back to top