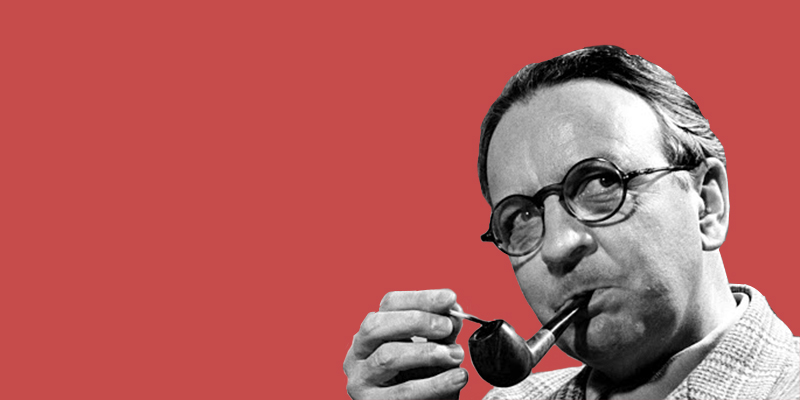 The 10 Greatest Opening Paragraphs from a Noir Master

There are times in life when you need a good opener. Maybe you’re caught in a rut and need the charge of a new world, new characters, something that carries with it the quiet thrill of possibility. Maybe you’re looking for inspiration yourself. All writers, aspiring and established, have a few special works they return to time and again, those books and stories that seem to act like jumper cables for their own work—read a few paragraphs, a chapter or two, and you’re back on the road. Whatever your reason or need, you’d be hard pressed to find an author equal to Raymond Chandler in jolting a story alive. If Elmore Leonard was the king of the opening line, Chandler made a case for himself as the master of the opening paragraph. Whether he’s describing the weather, the face of a building, a street corner, or the glint in a doorman’s eye, Chandler brought the scene instantly to life and gave you an immediate and overwhelming feeling that you were in a real place, encountering real people caught up in the little dramas and tragedies that define all our lives.

One-hundred and thirty one years ago today, Chandler was born in Chicago, Illinois. In honor of that auspicious entrance and the many more he would pass down to the annals of literature, we’ve collected here (and ranked, because some are first among peers) our ten favorite openers from Chandler’s novels and short stories.

Read them all, get drawn in all over again, and above all, let yourself be inspired. 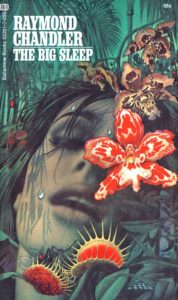 “It was about eleven o’clock in the morning, mid October, with the sun not shining and a look of hard wet rain in the clearness of the foothills. I was wearing my powder-blue suit, with dark blue shirt, tie and display handkerchief, black brogues, black wool socks with dark blue clocks on them. I was neat, clean, shaved and sober, and I didn’t care who knew it. I was everything the well-dressed private detective ought to be. I was calling on four million dollars.” 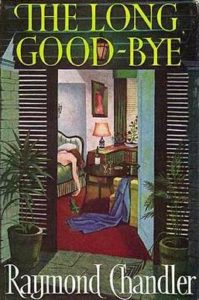 “The first time I laid eyes on Terry Lennox he was drunk in a Rolls-Royce Silver Wraith outside the terrace of The Dancers. The parking lot attendant had brought the car out and he was still holding the door open because Terry Lennox’s left foot was still dangling outside, as if he had forgotten he had one. He had a young-looking face but his hair was bone white. You could tell by his eyes that he was plastered to the hairline, but otherwise he looked like any other nice young guy in a dinner jacket who had been spending too much money in a joint that exists for that purpose and for no other.” 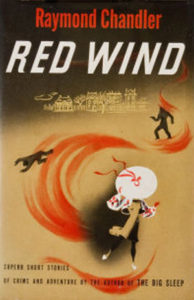 “There was a desert wind blowing that night. It was one of those hot dry Santa Anas that come down through the mountain passes and curl your hair and make your nerves jump and your skin itch. On nights like that every booze party ends in a fight. Meek little wives feel the edge of the carving knife and study their husbands’ necks. Anything can happen. You can even get a full glass of beer at a cocktail lounge.” 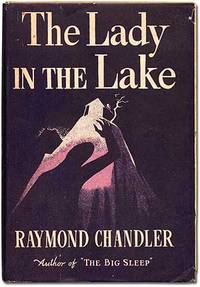 “The Treloar Building was, and is, on Olive Street, near Sixth, on the west side. The sidewalk in front of it had been built of black and white rubber blocks. They were taking them up now to give to the government, and a hatless pale man with a face like a building superintendent was watching the work and looking as if it was breaking his heart.” 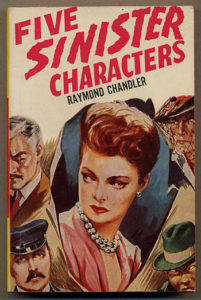 “At one o’clock in the morning, Carl, the night porter, turned down the last of three table lamps in the main lobby of the Windermere Hotel. The blue carpet darkened a shade or two and the walls drew back into remoteness. The chairs filled with shadowy loungers. In the corners were memories like cobwebs.” 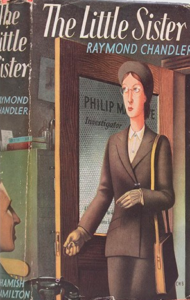 “The pebbled glass door panel is lettered in flaked black paint: “Philip Marlowe . . . Investigations.” It is a reasonably shabby door at the end of a reasonably shabby corridor in the sort of building that was new about the year the all-tile bathroom became the basis of civilization. The door is locked, but next to it is another door with the same legend which is not locked. Come on in—there’s nobody in here but me and a big bluebottle fly. But not if you’re from Manhattan, Kansas.” 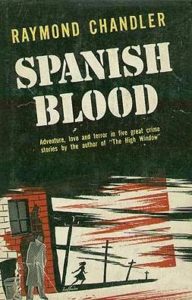 “George Millar, night auditor at the Canton Hotel, was a dapper wiry little man, with a soft deep voice like a torch singer’s. He kept it low, but his eyes were sharp and angry, as he said into the PBX mouthpiece: ‘I’m very sorry. It won’t happen again. I’ll send up at once.'” 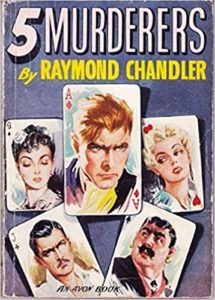 “Ted Carmady liked the rain; liked the feel of it, the sound of it, the smell of it. He got out of his LaSalle coupe and stood for a while by the side entrance to the Carondelet, the high collar of his blue suede ulster tickling his ears, his hands in his pockets and a limp cigarette sputtering between his lips. Then he went in past the barbershop and the drugstore and the perfume shop with its rows of delicately lighted bottles, ranged like the ensemble in the finale of a Broadway musical.” 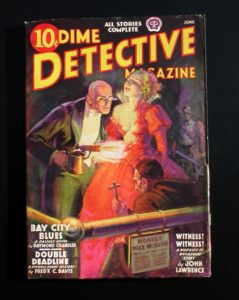 “It must have been Friday because the fish smell from the Mansion House coffee-shop next door was strong enough to build a garage on. Apart from that it was a nice warm day in spring, the tail of the afternoon, and there hadn’t been any business in a week. I had my heels in the groove on my desk and was sunning my ankles in a wedge of sunlight when the phone rang. I took my hat off it and made a yawning sound into the mouthpiece.” 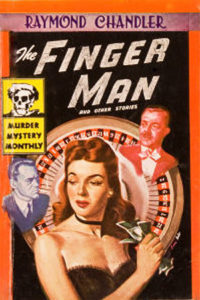 “I got away from the Grand Jury a little after four, and then sneaked up the back stairs to Fenweather’s office. Fenweather, the D.A., was a man with severe, chiseled features and the gray temples women love. He played with a pen on his desk and said: “I think they believed you. They might even indict Manny Tinnen for the Shannon kill this afternoon. If they do, then is the time you begin to watch your step.”

…and a Nonfiction Bonus 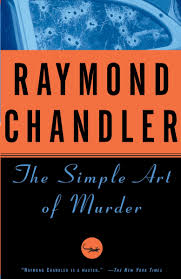 “Fiction in any form has always intended to be realistic. Old-fashioned novels which now seem stilted and artificial to the point of burlesque did not appear that way to the people who first read them. Writers like Fielding and Smollett could seem realistic in the modern sense because they dealt largely with uninhibited characters, many of whom were about two jumps ahead of the police, but Jane Austen’s chronicles of highly inhibited people against a background of rural gentility seem real enough psychologically. There is plenty of that kind of social and emotional hypocrisy around today. Add to it a liberal dose of intellectual pretentiousness and you get the tone of the book page in your daily paper and the earnest and fatuous atmosphere breathed by discussion groups in little clubs. These are the people who make best sellers, which are promotional jobs based on a sort of indirect snob appeal, carefully escorted by the trained seals of the critical fraternity, and lovingly tended and watered by certain much too powerful pressure groups whose business is selling books, although they would like you to think they are fostering culture. Just get a little behind in your payments and you will find out how idealistic they are.” 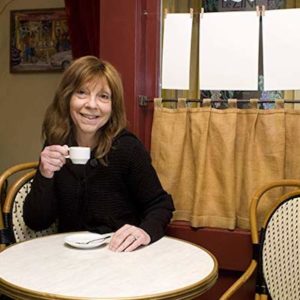 My sister and I first began reading Cara Black's Aimée Leduc series because, like every other American teenager growing...
© LitHub
Back to top