June’s psychological thrillers include three stellar debuts—Man of the Year, The Girl in the Rearview Mirror, and The Perfect Fraud—as well as the welcome returns of Louise Candlish (Our House) and Megan Miranda (All the Missing Girls, The Perfect Stranger). As befitting the season, the themes touched on in these books include home, family, and summer places. Yet the major element loosely tying these books together is a noir classic: self-definition and reinvention. From Walker’s creepy Dr. Robert Hart to newcomer Ellen LaCorte’s dueling deluded heroines— fake psychic Claire and not quite right mother Rena—these books all delve underneath the surface of everyday life to explore people’s real (somewhat nefarious) motivations. 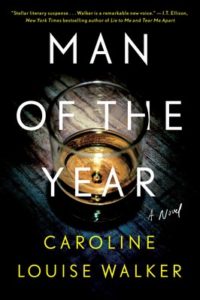 Man of the Year is unsurprisingly about a guy named Man of the Year in his small elite town, Sag Harbor (which is Hamptons adjacent). Dr. Robert Hart has such a good life as the novel begins—thriving medical practice, happy second marriage to a trophy wife, partial custody of his son who is finally doing better socially—the reader knows he’s going to destroy himself. But all students of the perverse know, there is voyeuristic and considerable pleasure in watching the machinations of his demise. 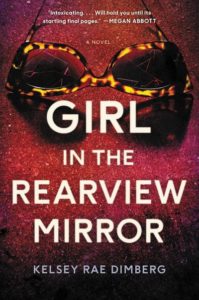 Yes, generally Girl books feel a little bit musty these days (really, that was the best title you could agree upon?). But Dimberg’s debut is resonant with the clean arid air of the Arizona desert (and it’s a little sticky too). This is where Finn Hunt has been recruited into the world of Arizona’s most prominent citizens, with close ties to the government and the police—people with secrets they will do anything to protect. Finn empathizes, as she has a dark secret she’s hiding, and wonders if this a business opportunity or something more sinister. 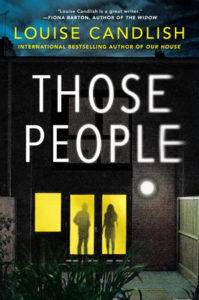 Candlish has found a niche for herself in writing about the fraught relations between neighbors in affluent London neighborhoods. In her debut, Our House, a man is being blackmailed for his family’s home. In Those People, the new neighbors who move into bucolic Lowland Way wreak havoc on the peaceful lives of the residents: parking multiple vehicles under construction in the cul-de-sac for their used car business, throwing loud gatherings with louder music, and starting an ugly renovation. The neighborhood has banded together against the newcomers, but it’s not until a murder occurs on an ordinary Saturday that the stakes are jacked up in this war between old timers and newcomers. 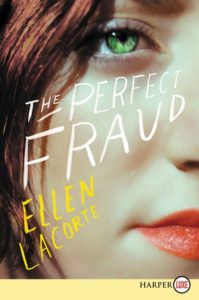 LaCorte’s debut is the kind of thriller that ratchets up the suspense so slowly you don’t realize until somewhere in the middle how skillfully she’s plotted the novel. Told from the dueling points of view of Claire, a fake psychic in Sedona, Arizona (the gift runs in her family but she doesn’t seem to have it), and Rena, a mother desperate to cure her daughter of multiple ailments who is referred to a specialist in children’s stomach problems in Scottsdale, Arizona. It turns out both women are lying but unraveling why and to whom makes this a compelling and well executed thriller. 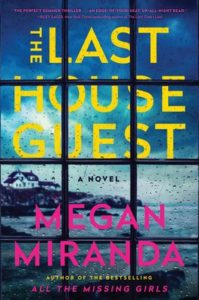 Littleport, Maine is an idyllic enclave for the wealthy. Their summer homes comprise the bulk of the real estate along the rugged coastline. House Guest reveals the inner workings of this bucolic setting through the friendship of a working-class local woman, Avery Greer, who works for the family of her moneyed best friend Sadie Loman, whose family owns a chunk of the town’s rental properties. The book begins when Sadie’s body is found on the night of the annual end-of-season party. Though it’s ruled a suicide, Avery is convinced her friend met with foul play, and her investigation into Sadie’s death is also a tour through the complex relationships of the locals and the summer people of Littleport. 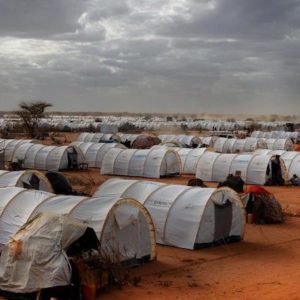 Refugees are a global scandal. Let me explain. Over the past five hundred years or so, successive political regimes in Europe...
© LitHub
Back to top