One year later, revisiting the strangest noir in recent memory.

“You know how in Plymouth they like to say everybody knows everything? Wouldn’t it be funny if the truth was nobody knows anything?”

Playing out like the bastard lovechild of James M. Cain, Philip K. Dick and Jimmy Buffett, Serenity is by far the strangest neo-noir to come around in ages, as well as an increasingly rare example of the midrange adult thriller in this era of name brand franchise tentpoles and carefully curated arthouse indies. And while the film hardly makes a strong case for the necessity of the mid-budget movie, its middlebrow trappings help make its abrupt transition into existentialist nonsense all the more surprising.

Serenity stars Matthew McConaughey as the aforementioned Baker Dill (an assumed name, not that that makes it any less ridiculous), a drifter with a shady past scraping by in a remote fishing village off the coast of Florida by chartering tuna fishing expeditions to sleazy mainland tourists, although his obsession with personally reeling a mythical giant tuna (which he’s named Justice) continually thwarts his ability to earn a living. He supplements his income by acting as a gigolo to a rich local (Diane Lane), but it’s not enough to keep the bank from threatening to repo his boat (dubbed, of course, The Serenity). He’s at his rope’s end when one night his sultry ex-wife Karen (Anne Hathaway) shows up and offers him a deal: she wants him to murder her rich, mob connected husband (Jason Clarke) in exchange for 10-million-dollars. Baker initially refuses, but when Karen reveals that her husband routinely beats her, as well as Baker’s estranged teenage son, he allows himself to get drawn into the murder plot.

On paper, Serenity seems to be little more than the latest riff on The Postman Always Rings Twice, but early on we’re given a few clues that all is not as it seems. (Warning: here be spoilers.) The first is a visual motif in which the camera pans around the characters as if they’re characters in a video game. There’s also a mysterious fishing equipment salesman (Jeremy Strong) who shows up to stalk Baker, his oddly robotic movements and strange personal asides making him come off like a nebbish version of the bad guys from The Matrix. Finally—and most importantly—there are the seemingly random cutaways to Baker and Karen’s young son back home, who we find sitting in the dark of his room in front of an elaborate computer setup, obsessively coding while the sounds of domestic violence ring out in the background. The more time we spend with the kid, the more it becomes apparent that he and his father share some kind of telepathic bond.

Can you guess where this is going?

As the film continues it becomes increasingly apparent that the main story is taking place inside of a computer simulation, designed by the boy as a way to process his grief over the death of his real father (killed in action while fighting in Iraq) and to disengage from his troubled home life. Any lingering doubts that this is the case are cleared up when Strong’s salesman finally has a face-to-face with Baker, revealing to him that they are indeed living inside a video game (he himself represents “the rules”), the purpose of which is to “get Justice.” That formerly meant catching the big fish, but now it means killing the bad guy.

Suddenly, we’re not in Margaritaville anymore.

Written and directed by Steven Knight (Locke, Peaky Blinders), Serenity was originally scheduled for release in the Fall of 2018, but following a series of disastrous test screenings, distributor Aviron Pictures pushed it back twice before eventually dumping it in theaters at the start of this year, sans the standard promotional rollout. The film went on to gross a worldwide total of $14.4 million against a $25 million budget, and it probably would have been entirely ignored were it not for the critics letting on about its “insane” plot twist, piquing the interest of trash cinema connoisseurs. Their interest proved well founded.

Beyond the disorienting twist, Serenity is a ridiculously miscalibrated film in every way, from the endless exposition that overwhelms nearly every scene, to the incredulity that comes from watching McConaughey and Hathaway play former high school sweethearts (or, for that matter, trying to buy into the notion that Diane Lane would ever be so hard up for male attention that she’d have to pay for it), to the cheap pathos and half-assed political commentary of its constant evocation of the Iraq War, to the dawning realization that the whiz kid programmer responsible for the creation of the film’s virtual world sure does like to watch his parents get it on.

Then there are the central performances. You can’t say that any of the leads aren’t fully committed to their work; if anything, they’re too committed: even playing a paranoid wreck McConaughey manages to comes off as legitimately coked up, while Hathaway’s femme fatale quickly devolves into full-blown parody (one reviewer perfectly compared her character to a live action Jessica Rabbit). Jason Clarke desperately tries to channel the psychopathic brilliance of Wings Hauser in Vice Squad, only to come off looking and sounding more like Harvey Keitel’s gangster caricature at the end of Get Shorty, while Jeremy Strong is nothing but a blur of annoying tics and empty neuroses.

Most baffling of all is the film’s structure: while there was probably no way to ever make this story coalesce, the randomness of the big twist would have been less egregious if it had been revealed at the climax of the film. Instead, Knight—who admits to intentionally upending his story at the most inconvenient moment—drops it on us a little more than halfway through the proceedings, thus killing any tension for the remainder of the film. As we watch McConaughey’s character race against the clock, not only is it impossible to care whether he succeeds or fails (especially since there’s no mention of any penalty should he lose the game), we’re left wondering why he cares.

And yet, enough people did care about Serenity to keep it from fading into immediate obscurity. Granted, the film lives purely as an object of derision (mostly on film obsessed sectors of social media, bad movie podcasts, and repertory screenings), but at least it lives.

Traditionally, I could never much abide this type of ironic engagement with film (having sat through a midnight screening of The Room once, I no longer fear hell), because A) it usually betrays a boring adherence to so-called “good taste” (a meaningless term now that adolescent power fantasy has completely taken over masscult entertainment), B) it too often mistakes weird for bad, and C) it values a film’s technical prowess over its creativity. Films like Plan 9 from Outer Space and Dolemite may be shoddily-made, but they’re not actually bad films. If they were, audiences wouldn’t keep returning to them decade after decade.

And yet, over the last couple of years, I’ve become obsessed with a string of notoriously misguided, truly terrible flops, foremost amongst them Collateral Beauty, The Book of Henry, and Life Itself. While said obsession probably doesn’t sound much different from the ironic engagement with art I just described, I submit that it is. For one thing, I am not mocking the hard work of outsider artists, but rather corporate produced, mass marketed, star studded vehicles which, for all their maudlin emotionality and New Age sentiment, consistently betray a deeply anti-human worldview. It is not that these films are cynical in the way of intentionally awful triple like the Sharknado films, but rather, they are sincere in their atrocity, sincere in the way of cult leaders and Instagram influencers who buy into their own spiel.

At first glance, Serenity seems in line with those films (especially The Book of Henry, which similarly centers around a boy genius’s attempt to get his parent to commit first degree homicide), however, that’s not quite the case: Serenity’s noir and sci-fi trappings make it less a narcissistic vanity project than a weird genre curio, a misguided attempt to put a new spin on an old story. It’s still a failure, but it’s at least a noble failure.

Ultimately, a better comparison to Serenity might be 1958’s His Kind of Woman, another island-set noir romance with a tone and plot that vacillates wildly from one scene to the next (in its case, moving from violent suspense to broad slapstick to jaunty adventure and back again). Of course, this comparison only stretches so far: unlike Serenity, which from all accounts was exactly the movie Steven Knight set out to make, His Kind of Woman is a total patch job as a result of producer Howard Hughes’s constant interference. It’s also the far superior film in spite of its troubled production, but like Serenity, it makes for a uniquely—and enjoyably—disorienting experience.

It’s doubtful Serenity will come to be appreciated over time in the same way as His Kind of Woman, or even if it can retain any kind of cult status in the long run. But as we open 2020, it deserves at least one more bit of recognition. Like the elusive giant tuna that haunts the film, that’s justice. 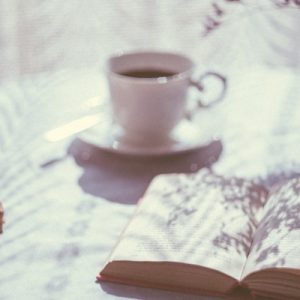 Stumbling across B Is for Burglar, the second book in Sue Grafton’s beloved Kinsey Millhone Alphabet Mysteries, brought...
© LitHub
Back to top