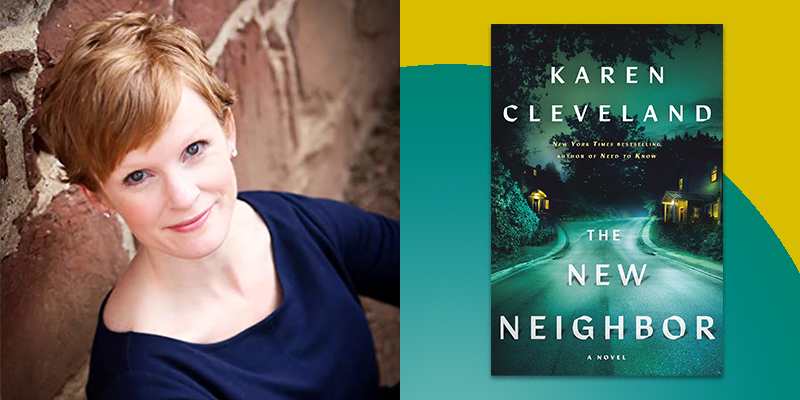 "I think there are plenty of stories involving analysts that are waiting to be told."

Karen Cleveland, a former CIA analyst turned thriller author, has written some of the most propulsive, tight-knit suspense and espionage fiction of the past decade, and her new one is just as much of a nailbiter as her previous novels. In The New Neighbor, a suburban cul-de-sac in which most of the families have ties to the CIA becomes the setting for a deadly cat-and-mouse game between a spy being forced to retire and her long-elusive prey. Karen Cleveland was kind enough to answer a few questions about the book and her career. The New Neighbor is now available from Ballantine.

Molly Odintz: You’re a former CIA analyst—how does that influence your writing? Do you need to run your books by the agency?

Karen Cleveland: The CIA is such a fascinating place to work, and I definitely draw on my experience there in my writing. I hope readers get a sense of life at Langley. So many spy thrillers center around operatives and action overseas, but I try to focus on the analysts working from headquarters— everyday people juggling the demands of everyday life.

My books do need to be vetted by the CIA’s Prepublication Classification Review Board. It’s a lifetime obligation for all CIA officers, and it’s to ensure that classified information isn’t inadvertently exposed.

MO: Your new novel blends domestic thriller with espionage, a heady mix. Do you see commonalities between suspense and spy fiction? Was it difficult to mesh the two?

KC: I think the two genres blend well together—both deal with secrets and lies. CIA officers tend to be a bit suspicious of others, so I think it’s an interesting layer to add to a domestic thriller. And most CIA officers have full lives outside of work, so it’s not a stretch to have an espionage novel focus more on the domestic side of things. Both genres tend to question how well we know those closest to us, and how much trust we should place in others. In a way, it’s a natural fit.

It’s a blend that works for well for me, too, when it comes to writing. I enjoy domestic thrillers, and I also really like espionage in the vein of The Americans—the kind that focuses on deception and secrets. So it’s fun for me to combine the two.

MO:The book takes place in a neighborhood with CIA ties. Are there real neighborhoods this book draws inspiration from?

KC: This neighborhood is like so many in Northern Virginia. In suburban communities near Langley, it’s not at all uncommon to have neighbors who work in the intelligence and security careers. And aside from the CIA ties, the community could be anywhere in the country—it’s a pretty typical suburban neighborhood.

Neighborhoods are such interesting environments—we spend a lot of time with our neighbors, or at least in close proximity to them, but how well do we really know them? What kind of secrets lie behind closed doors? And if most of those neighbors also have ties to the CIA, the there might very well be secrets galore.

MO: What does writing from the perspective of an analyst bring to the spy genre, as opposed to the more traditional operative framework?

KC: I hope that the perspective of an analyst makes it easier for readers to put themselves in the character’s shoes. I think it can be hard sometimes to relate to a globe-trotting, gun-toting operative, and I think it’s a little easier for many people—myself included!—to relate to an average person who lives in the suburbs and shares many of the same day-to-day experiences we’re all familiar with.

Analysts have access to a trove of classified information. Foreign intelligence services want that information. Blackmail, deception, and manipulation can affect analysts just as surely as operatives. I think there are plenty of stories involving analysts that are waiting to be told.

MO: You’re known for your pacing. What’s the trick to keeping the pages turning?

KC: I love to read fast-paced books, and my goal has always been to write the kind of books I’d like to read. I’d say I focus on chapter endings. I hope that readers reach the end of a chapter and want to read “just one more.”

I think twists help keep up momentum, too. I’m a fan of twisty thrillers, and I try to make my own books take some unexpected turns.

MO: You’ve been translated into a few languages by now. What’s your favorite edition?

KC: It’s definitely a cool experience to see my books translated into other languages. The different covers are all so unique and special. I’m afraid it’s impossible to pick a favorite—I love every edition. 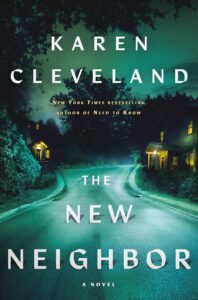 The Best Reviewed Books of Summer: July and August 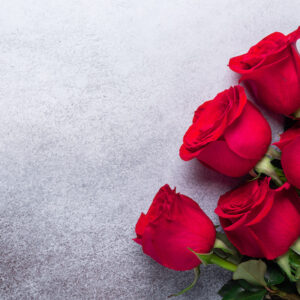 Over the years the idea of “tropes” has gotten a bit of a bad reputation. However, if there’s one hill that I’d die on, it’s...
© LitHub
Back to top