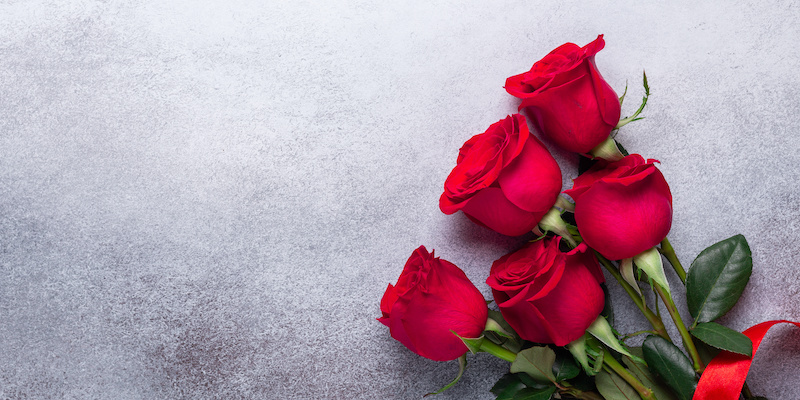 These characters fall in love with ghosts, gods, and even the figure of Death.

Over the years the idea of “tropes” has gotten a bit of a bad reputation. However, if there’s one hill that I’d die on, it’s that tropes are beloved and used for a reason. The right trope will even have me picking up a book I otherwise know almost nothing about. I love forced proximity, enemies-to-lovers, forbidden romance . . . But there’s one trope in particular that takes the cake for me: non-human love interests. If you’re anything like me, I hope that you’ll enjoy this list of a few books with this trope that I’ve read and recently enjoyed! 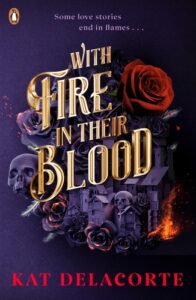 With Fire In Their Blood by Kat Delacorte

Witches, mafia wars, and steamy love squares oh my! With Fire in Their Blood is a simmering supernatural debut where mafia clans rule a dark and fantastical Italy. The story takes place in a secluded mountain town that has been divided for generations by a clan-family war. As the main character immerses herself in the dark town, something within her sparks to life that could get her and the three new friends she’s fallen in love with (yes, three!) killed. The book features a bisexual protagonist and multiple romances to root for! 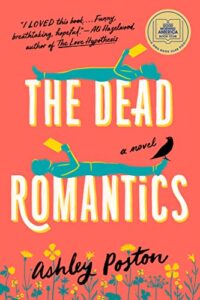 The Dead Romantics by Ashley Poston

This is such a wonderfully strange story about an author who falls for a ghost. Florence spent her childhood working at her family’s funeral home in South Carolina, and shared an uncanny ability with her father to speak to the dead. When personal circumstances have her facing some major writer’s block, her editor steps in to help push her forward toward the deadline. The only problem? He’s dead. Poston’s adult debut is darkly hilarious, and had me totally swooning for a dead guy. This is the only contemporary read on the list, and it’s an absolute must read for fans of romance and anyone with a more macabre humor. 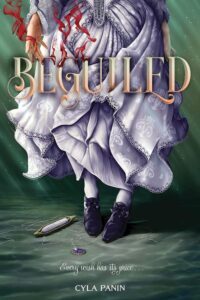 Panin’s sophomore novel is a dazzling, whimsical story that’s perfect for fans of Maggie Stiefvater. It tells the story of Ella, a weaver who has to make a deal with a magical Bean-Nighe (AKA a female Scottish spirit) to fix her loom or face the debtor’s prison, and is rich with Celtic folklore woven into every page. Ella falls in love with a wealthy aristocrat named Callum, and the deeper into his world she ventures, the more supernatural the story becomes. Fae and and other beings of folklore make appearance in this captivating tale. And while I won’t get too spoilery, remember—not everyone is who (or what) they appear to be. 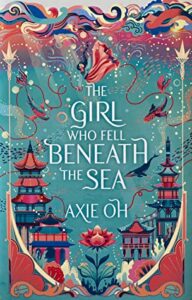 The Girl Who Fell Beneath the Sea by Axie Oh

I have a very distinctive memory of watching the VHS of Spirited Away when I was a child, then promptly rewinding it and watching it over and over again for days in a row. Watching it felt like being swept away into a dream, which is exactly how The Girl Who Fell Beneath the Sea felt to me. The story is set in a world where a maiden is sacrificed to the Sea God once a year to serve as his bride, in the hopes that one day the “true bride” will be chosen and end the deadly storms and famine that ravage the village. When Mina sacrifices herself, she must enter the land of spirits to wake the Sea God—her now betrothed—from his slumber. Only, the Sea God may or may not be the one that Mina falls in love with on her quest through the spirit world, and needless to say, chaos ensues. This retelling of the Korean folktale The Tale of Shim Cheong checks all of the boxes. 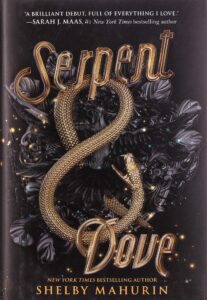 This is basically candy in book form. Serpent & Dove is an enemies-to-lovers story about Lou (a witch) and Reid (a witch hunter). When they’re forced into a marriage, Lou must hide her identity from Reid and his fellow hunters while living in close proximity with them. Yet as real feelings begin to develop, the two are at odds with both each other as well as their own personal beliefs. The story takes place in a fantastical France, and each book in the series contains additional creatures from French folklore. There’s even a spin off book on the way called The Scarlet Veil, which will heavily feature vampires. I’m a total sucker for this world and will read anything Shelby Mahurin writes forever. 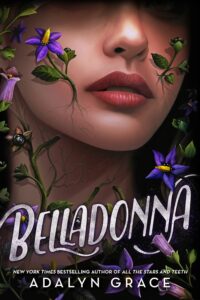 Adalyn Grace is the New York Times bestselling author of All the Stars and Teeth, which was named "2020's biggest YA fantasy" by Entertainment Weekly, and the sequel, All the Tides of Fate. Prior to becoming an author, Adalyn spent four years working in live theatre, acted as the managing editor of a nonprofit newspaper, and studied storytelling as an intern on Nickelodeon Animation's popular series The Legend of Korra. Local to San Diego, Adalyn spends her nonwriting days watching too much anime and playing video games with her two dorky dogs. She invites you to visit her on Instagram @authoradalyngrace or her website, AdalynGraceAuthor.com. Her new novel, Belladonna, is now available.
http://AdalynGraceAuthor.com 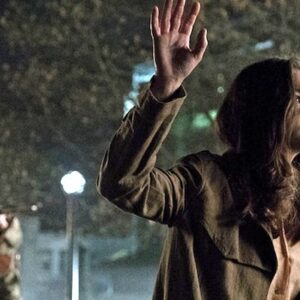 It was certainly ironic, when I was writing the last chapters of Widowland, a dystopia set in 1953, to find a real-life dystopia...
© LitHub
Back to top