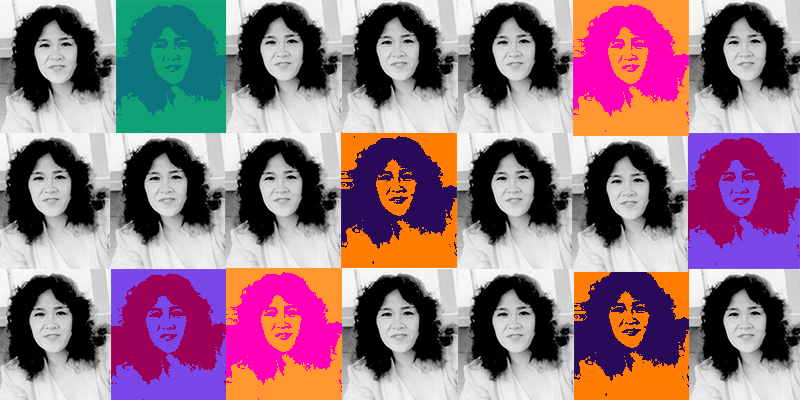 Criminal Broads Presents the Life of a Japanese Fugitive

In 1982, Kazuko Fukuda strangled her coworker, changed her name, and went on the run—for fifteen years. She was playing a game of chicken with the law, trying to stay free until the statute of limitations for her crime ran out. To do this, she had to go under the knife.

Listen to the full story on Criminal Broads.

The Life and Crimes of Kazuko Fukuda

In the 1980s, the country of Japan was, on the whole, a very safe place to be. For example, in 1989, your chances of getting murdered were one out of 100,000, and even if—God forbid—you did get murdered, the police would almost certainly capture your killer, as about 96 percent of murders were eventually solved. (In contrast, that same year in the US, your chances of being murdered were about 9 out of 100,000—still low, but better to take your chances in Japan.) Because of how safe things were, the aesthetics of the law in Japan were rather…nonthreatening. Japanese police officers would often go on their patrols totally unarmed, sometimes riding about on bicycles. Japan didn’t have anything like the FBI, either; no central organized group designed to collect intelligence and keep an eye on the especially bad guys. In fact, some dissatisfied citizens whispered that Japan’s gangsters, like the organized crime group called the Yakuza, did a better job at fighting crime than the police themselves did.

Because murder was so rare, Japanese laws about murder could be unusually lenient. The country had a 15-year statute of limitations on murder, meaning that if a murder was committed more than 15 years ago, prosecutors couldn’t charge anyone with it. In other words, you could slaughter your neighbor, smother your mom, and shoot your boss in the back of the head all on the same day, and as long as you didn’t get caught for the next decade and a half, you could resume your normal life after those 15 years were up. You could even walk around boasting that you did it, if you so desired. Thankfully, because of Japan’s low murder rate and high crime-solving rate, this was rarely an issue. But the law remained.

The problem was that murderers knew about this convenient little 15 year rule. It incentivized them to go on the run—and stay on the run. And for one woman, who’d learned very early on that life could be tough, brutal, and merciless, 15 years didn’t seem like all that long of a time to kill, when the reward on the other side was freedom.

Kazuko Fukuda was born in 1948 in the Japanese city of Matsuyama. Her parents divorced when she was still little. Her dad vanished; her mom buckled down and got to work, running a brothel out of their home. Kazuko learned early on that women who wanted to survive had to work, and she seemed to absorb a message that the only work she herself was qualified for was work that involved pleasing a paying male customer.

It couldn’t have been an easy childhood. By the time Kazuko was 18, she was out of the house and living with her boyfriend, and the two of them together were bad news, looking for fast cash and a quick score—which they found, in 1966, when they robbed the home of an important tax collector. They were caught—Japanese police may not have been as intimidating as Japanese mobsters, but they were certainly efficient—and thrown into prison, where Kazuko would experience horrors that would change her forever.

Matsuyama prison, where she was sent, was a notoriously corrupt place. For years, members of one of Japan’s most powerful organized crime syndicates—the Yakuza—treated the prison as their own personal playground, paying off guards so that they could drink, smoke, gamble, and rape the female inmates whenever they wanted. One of their victims was 18-year-old Kazuko. There was nothing she could do about it—it wasn’t like she could ask the guards to help her, or file a complaint with a friendly lawyer somewhere. She was trapped, and completely vulnerable, at the mercy of merciless men.

Within two years, Kazuko was released, and she got married at the age of 20 to a man who she divorced 5 years later before quickly marrying someone else. With this second husband, she was finally able to take a breath. They had a couple of children together, she was starting to put her past behind her, and she began living comfortably. And then really comfortably. And then lavishly. She liked to drink, and gamble, and fill her wardrobe with the nicest clothes that money could buy—the nicest clothes that other people’s money could buy, that is, because before long, Kazuko was deeply in debt. She owed about 2.5 million yen to various consumer credit firms and, awkwardly, another one million yen to one of her acquaintances—bringing her to a total debt of over thirty thousand dollars, in today’s money.

By the time the year 1982 rolled around, Kazuko was thirty-four, the mother of four precious children, and up to her neck in bills. She was working in a cabaret as a hostess, which meant that she was paid to flirt with customers, bring them their drinks, light their cigarettes, charm them with scintillating anecdotes, sing karaoke if they asked for it, let them watch her as she slowly walked away, and otherwise entertain them with her feminine charms, though most clubs stopped short of allowing any touching or nudity. One perk of the job was that customers were strongly encouraged to buy their hostesses drinks, and Kazuko loved to drink. The job seemed to fit with her flashy nature, and it paid better than being, say, a secretary, but it certainly didn’t pay enough for her to scrape together an extra thirty thousand dollars to keep those pesky creditors from breathing down her neck.

Kazuko started keeping an eye on one of the other hostesses at the club, a 31-year-old charmer named Atsuko Yasuoka. Something about Atsuko caught her eye—and held it. Maybe it was the fact that the girl always seemed to have enough cash on hand…she never seemed stressed, haunted by her bills the way Kazuko was. Maybe Atsuko had an easy way of moving through the world that Kazuko envied. Maybe it was something as simple as…one night, when packing up to go home, Atsuko opened her wallet and Kazuko  saw that she’d made a killing in tips that night.

So Kazuko asked Atsuko if she could…pay her a visit sometime.

Find out what happens when Kazuko drops by Atsuko’s place on episode 25 of Criminal Broads. 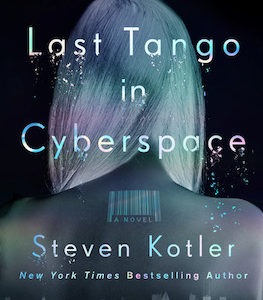 "Down by the Seaside” in cheerful synth tones pulls him into consciousness at 5:00 a.m. The signal has been long encoded,...
© LitHub
Back to top