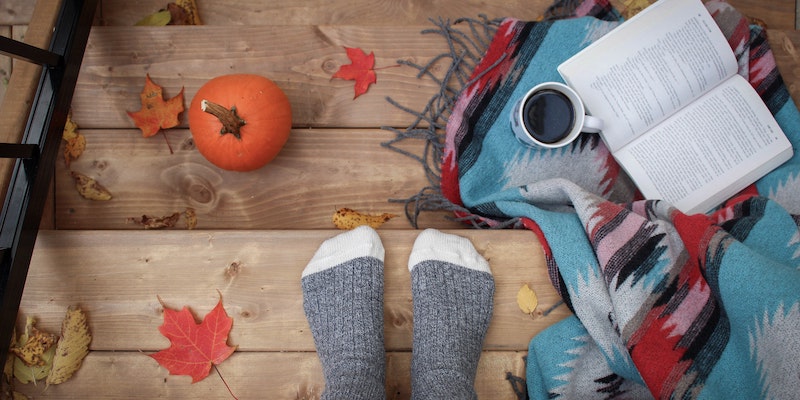 Andrew Shaffer learns the craft of writing a cozy mystery.

Murder is a grisly, nasty business…except in the cozy mystery subgenre, where bloodless murders are the order of the day. If the words “cozy” and “murder” sound like an oxymoron when used in the same sentence, you’re not alone. The subgenre can seem downright baffling to outsiders at first glance. There is, however, a method to the madness.

Even if you don’t read cozies, you’ve seen them in bookstores—they’re the books with punny titles like Up to No Gouda and A Doomful of Sugar, frequently with cartoon covers. While cozies are typically thought of as following in the footsteps of Agatha Christie, the modern cozy has evolved into something quite different, with its own set of rules. They take place in small towns, which are more often than not vacation destinations. The sleuth is an amateur, although she—and it’s usually a she—may have some help from the local sheriff’s department. And, despite the fact that the mystery being investigated is almost always murder, the tone is light and breezy.

My reading has always run toward the darker side of the mystery shelves—anything with the Hard Case Crime logo is right up my abandoned alley. Lawrence Block, Donald Westlake, Dorothy B. Hughes. As a writer, my own books tend to sync up with my reading interests. The last two mysteries I wrote were humorous but veered into hardboiled territory at times. There wasn’t anything “cozy” about them.

My latest writing project, Feel the Bern: A Bernie Sanders Mystery, pulled me in a radically different direction. The setting—small-town Vermont—practically necessitated it. The book plays up the image of small-town Vermont as the idyllic paradise often seen in Hallmark movies. It’s a stylized depiction that leans into outsider (“flatlander”) stereotypes. In a charming tourist trap of a town with less than 2,000 full-time residents, there weren’t any “mean streets” for killers to prowl.

Realizing I was powerless over the direction of my book, I decided to take a dive into the cozy subgenre. I picked a dozen cozies off the shelves of local bookstores at random. I wasn’t a complete newbie—I’d read a handful of cozy mysteries over the years, ones that usually included the words “pumpkin spice” in the title (I’m a pumpkin spice junkie). But while I enjoyed them, I can’t say I had ever reconciled their feel-good tone with the fact that death is, well, a serious topic.

In contrast to hardboiled mysteries, cozies keep death at arm’s length. Cozy murders often take place “off-screen,” with little to no violence. Guns may be used, but they’re generally low caliber and don’t create much mess. Poisoning is a favorite device of the cozy murderer. Cozy victims are never hacked to bits or burnt up in fiery explosions; such unseemly ends are left to harder thrillers. No cozy sleuth has ever stumbled across the handiwork of a Dahmer-like serial killer. The closest cozies come to such atrocities might be a knitting needle in the chest.

What’s more, cozy characters seem to go on with their lives as if murders are everyday occurrences. I don’t know about you, but if I stumbled upon a fresh corpse in the kitchen of the three-bedroom bed and breakfast I was staying at, the first word out of my mouth would begin with F and end with CK (and I don’t mean “firetruck”). I wouldn’t stick around town like most cozy characters do—I’d be looking for new accommodations on VRBO within the half-hour.

Perhaps no series demonstrates the absurdities of the subgenre like the TV’s Murder She Wrote. The show’s fictional Cabot Cove is estimated to have the highest annual murder rate per capita of anyplace in the world, according to the UK’s Radio 4. In fact, nearly a tenth of the small town’s residents were killed under amateur sleuth Jessica Fletcher’s watch. (And that’s not even counting the well-regarded series of tie-in novels.) Tom Bosley, who played the hapless sheriff for four television seasons, was allowed to quietly retire when he should have been voted out of office by an angry mob.

“A long-running series can really wipe out the population of a small town,” the New York Times quipped in 1996, “so cozy authors are always dispatching their sleuths on sea cruises, garden tours and academic conventions.” While this spreads the body count out across the globe, it also brings up troubling questions about amateur sleuths being in the right place at the right time. As one online theory goes, no one is saying Jessica Fletcher was a serial killer…but such a possibility can’t be readily discounted.

If cozy writers and readers are apparently so averse to looking death directly in the face, why do most cozy mysteries revolve around murders? After all, there are plenty of less serious crimes amateur sleuths could investigate that don’t involve someone losing their life. Wouldn’t the theft of a prize-winning quilt at the county fair be more “cozy” than a body floating in a lake? When someone uses a gun, I want to smell the gun powder. I want to see the damage a bullet does. Anything less feels inauthentic, disrespectful.

What I learned by reading scores of cozies as research is that the dead body at the heart of every cozy is more of a MacGuffin—that is, a plot device. The murder mystery is simply the skeleton that the writer drapes the story over. In hardboiled mysteries, the body appears early on, often in the first chapter. In contrast, I read cozies where the body doesn’t appear until the halfway mark in the book. I realized that, in focusing on the “murder” part of the cozy murder mystery, I’d been overlooking the “cozy” part. As cozy writer Olivia Blacke explains, “Cozy mysteries are fun, light-hearted adventures—with a side of murder” (emphasis mine).

What makes a cozy “cozy” isn’t a lack of blood or absence of swearing. It’s not the small-town setting. All of that is just window dressing. What makes cozies “cozy” is the relationship between the characters—between the sleuth and her family, between the sleuth and her neighbors (and, occasionally, between the sleuth and a love interest). It’s the characters that keep readers coming back to popular series, not the mysteries. In other words, it’s about celebrating life, not dwelling on death. Let the hardboiled detectives drink themselves into stupors over the bodies they find in alleyways. Amateur cozy sleuths are too busy running small-town bookshops and baking cookies—or in my sleuth Bernie’s case, fighting for a living wage—to let gloom and doom get them down for too long. 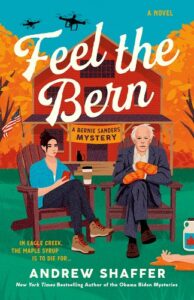 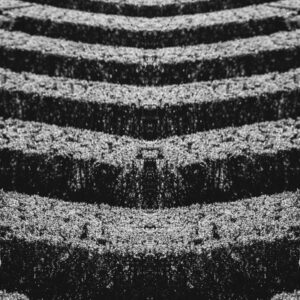 What do I look for in a good crime story? First thing first, I don’t pick a book because it is a crime story, I pick a book...
© LitHub
Back to top