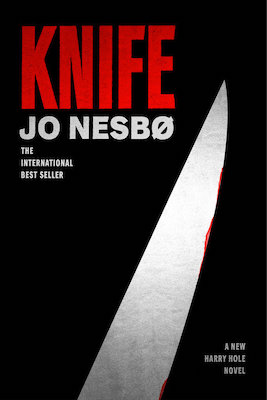 The following is an exclusive excerpt from Knife, the latest Harry Hole novel from Nordic Noir maestro Jo Nesbø, which finds the gruff Norwegian detective newly assigned to the cold case unit, trying to balance the demands of the job with his own contemporary vengeance mission, as the serial rapist he worked to lock up over a decade ago is released.

Harry woke up. Something was wrong. He knew it wouldn’t take long for him to remember what, that these few blessed moments of uncertainty were all he was going to get before reality punched him in the face. He opened his eyes and regretted it at once. It was as if the daylight forcing its way through the filthy, grimy window and lighting up the empty little room carried straight on to a painful spot just behind his eyes. He sought shelter in the darkness behind his eyelids again and realised that he had been dreaming. About Rakel, obviously. And it had started with the same dream he had had so many times before, about that morning many years ago, not long after they had first met. She had been lying with her head on his chest, and he had asked if she was checking to see if what they said was true, that he didn’t have a heart. And Rakel had laughed the laugh he loved; he could do the most idiotic things to coax it out of her. Then she had raised her head, looked at him with the warm brown eyes she had inherited from her Austrian mother, and replied that they were right, but that she would give him hers. And she had. And Rakel’s heart was so big, it had pumped blood around his body, thawing him out, making him a real human being again. And her husband. And a father to Oleg, the introverted, serious boy that Harry had grown to love as his own son. Harry had been happy. And terrified. Happily unaware of what was going to happen, but unhappily aware that something was bound to, that he wasn’t made to be this happy. And terrified of losing Rakel. Because one half of a heart couldn’t beat without the other, he was well aware of that, as was Rakel. So if he couldn’t live without her, why had he been running away from her in his dream last night?

He didn’t know, couldn’t remember, but Rakel had come to claim her half-heart back, had listened out for his already weak heartbeat, found out where he was and rung the doorbell.

Then, at last, the blow that had been coming. Reality.

That he had already lost her.

And not because he had fled from her, but because she had thrown him out.

Harry gasped for air. A sound was boring through his ears, and he realised that the pain wasn’t only behind his eyes, but that his whole brain was a source of immense hurt. And that it was that noise that had triggered the dream before he woke up. There really was someone ringing the doorbell. Stupid, painful, irrepressible hope poked its head up.

Without opening his eyes, Harry reached one hand down towards the floor next to the sofa bed, feeling for the whisky bottle. He knocked it over, and realised it was empty from the sound it made as it rolled across the worn parquet floor. He forced his eyes open. Stared at the hand that was dangling above the floor like a greedy claw, at the grey, titanium prosthetic middle finger. The hand was bloody. Shit. He sniffed his fingers and tried to remember what had happened late last night, and if it had involved women. He threw back the covers and glanced down at all 1.92 metres of his lean, naked body. Too little time had passed since he had fallen off the wagon for it to have left any physical trace, but if things followed their usual course, his muscles would start to weaken, week by week, and his already greyish-white skin would turn as white as a sheet, he would turn into a ghost and eventually vanish altogether. Which, of course, was the whole point of drinking—wasn’t it?

[H]e would turn into a ghost and eventually vanish altogether. Which, of course, was the whole point of drinking—wasn’t it?

He pushed himself up into a sitting position. Looked around. He was back where he had been before he became a human being again. Only, one rung further down now. In what could have been an ironic twist of fate, the two-room apartment, all forty square metres of it, that he had borrowed and then gone on to rent from a younger police colleague, lay just one floor below the flat he had lived in before he moved in with Rakel, to her wooden house in Holmenkollen. When he moved into the at, Harry had bought a sofa bed at IKEA. That, together with the bookcase full of vinyl records behind the sofa, a coffee table, a mirror that was still leaning against the wall, and a wardrobe out in the hall, was the total extent of the furniture. Harry wasn’t sure if it was due to a lack of initiative on his part, or if he was trying to convince himself that this was only temporary, that she was going to take him back when she had finished thinking things through.

He wondered if he was going to be sick. Well, that was probably up to him. It was as if his body had got used to the poison after a couple of weeks, had built up a tolerance to the dosage. And demanded that it increase. He stared down at the empty whisky bottle that had come to rest between his feet. Peter Dawson Special. Not that it was particularly good. Jim Beam was good. And it came in square bottles that didn’t roll across the floor. But Dawson was cheap, and a thirsty alcoholic with a fixed salary and an empty bank account couldn’t afford to be fussy. He looked at the time. Ten to four. He had two hours and ten minutes until the liquor store closed.

He took a deep breath and stood up. His head felt like it was about to burst. He swayed but managed to stay upright. Looked at himself in the mirror. He was a bottom feeder that had been reeled in so quickly that his eyes and innards were trying to get out; so hard that the hook had torn his cheek and left a pink, sickle-shaped scar running from the left side of his mouth up towards his ear. He felt under the covers but couldn’t find any underwear, so pulled on the jeans that were lying on the floor and went out into the hall. A dark shape was silhouetted against the patterned glass in the door. It was her, she had come back. But he had thought that the last time the doorbell rang too. And that time it had been a man who said he was from Hafslund Electricity and needed to change the meter and replace it with a modern one that meant they could monitor usage from hour to hour, down to the nearest watt, so all their customers could see exactly what time of day they turned the stove on, or when they switched their reading light off. Harry had explained that he didn’t have a stove, and that if he did have one, he wouldn’t want anyone to know when he switched it on or off. And with that he had shut the door.

But the silhouette he could see through the glass this time was a woman’s. Her height, her outline. How had she got into the stairwell?

He opened the door.

From KNIFE. Used with the permission of the publisher, Knopf. Copyright © 2019 by Jo Nesbo.

7 Psychological Thrillers to Read This July 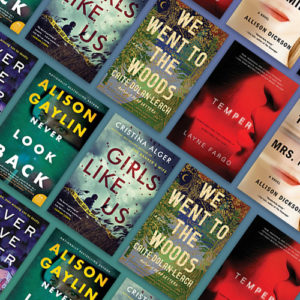 7 Psychological Thrillers to Read This July This month’s psychological thriller list is bursting at the seams (and I left a few books out that were also quite good,...
© LitHub
Back to top