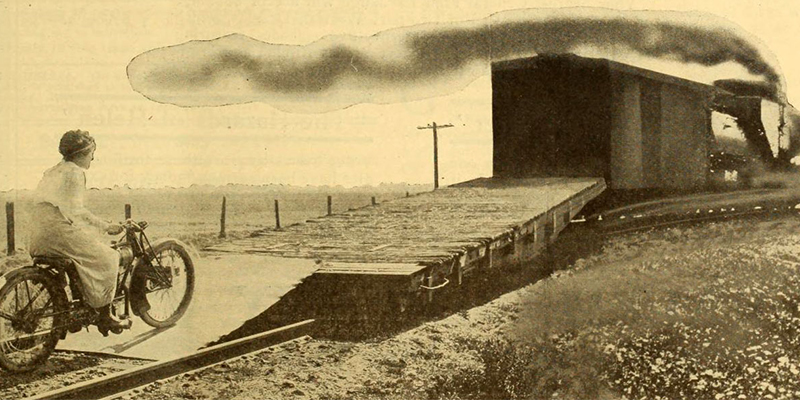 Five ways my background as a stuntwoman and armorer helped me become a crime writer (and one way it didn't).

I was out in Los Angeles for almost a decade working professionally both as a stuntwoman and as a film armorer (which meant I was responsible for all the firearms on a movie set and oversaw how they were used in gunfire scenes). It might seem obvious that this has helped me move to writing action-adventure thrillers! And it has—but sometimes in ways that have been a bit more unexpected.

Here are five ways being a stuntwoman and weapons expert has helped me write action-packed crime fiction—and one way it’s actually tripped me up.

The most obvious way a stunts and weapons background helps with crime writing is that I’m lucky enough to have an instant familiarity with a lot of the action my characters will be doing.

Of course, we’re not actually punching each other in the face in movies! But between sparring in training and the fight-adjacent athleticism of action choreography, I can extrapolate how a heck of a lot of fight situations feel. I’m conversant in the language and flow of how a fight moves, how fast it goes, and what might pop up to surprise a character in the middle.

As a weapons expert, I’m also familiar with a wide breadth of firearms; I’ve field-stripped everything from AK-47s to a Japanese Nambu. I know what they feel like to manipulate and fire—and I know what can go wrong. I know which pistols I’ve had mag drop problems with and which rifles have jammed up in the heat and dust, and which you have to slam the magazines into, and which the bolt sticks on.

Oh yeah, and I know what it feels like to jump off a building, knowing I’ll probably land okay on that padded spot but oh god, what if I don’t! I sympathize with every character who has taken a header into a conveniently located dumpster.

But not only do I have a lot of experience with adrenaline-soaked scenes from movies, I’ve been a part of the process in trying to invent the most creative, exciting ways to tell them. Because movies are made to entertain, a lot of times they’re going to throw a curveball into the action, rather than making it just two big dudes pounding each other.

This is perfect for writing, especially as I write the type of action-adventure fiction that’s just a little bit larger than life. So sure, use a pen or an umbrella or a mop as a weapon! Sure, make the guns jam at the most inopportune times! Jump out of windows, blow up buildings, throw a grenade launcher into this scene—why? Because it’s COOL.

I do try to keep my fights within the realm of real-life physics and the skill sets that would be believed of my characters. But if there was ever a good teacher of “rule of cool” to keep action entertaining, it was working in movies.

(3) I know what’s really important, and it’s not the action.

This is something stunt choreographers are very aware of. What will keep viewers glued to the screen—or the page—isn’t having some highly-skilled blow-by-blow martial arts or some nifty weapons. Although those things are fun, the heart of a fictional fight is always what the characters want. What they’re feeling. Why they’re fighting.

Those are the moments the audience will keep watching (or reading) for.

But let’s talk about a more unexpected way working in film helped me write thrillers. Sure, you’d expect that churning through action scenes and weapons training every day would help me with that stuff, but a less obvious way the film world helps me write crime is that working in movies is not normal.

By this I mean the dark and eccentric standards of the whole entertainment industry. It’s very common to have to fight to get paid, or to be expected to navigate outrageous situations. I’ve been on shoots where they had to pay off the local gangs to let us film, or on shoots where people stole expensive equipment off the set as leverage to get their wages. I’ve been on shoots where fistfights broke out, where we were expected to work nineteen-hour days, or where I had to tell some drugged-to-the-gills performers that I wasn’t going to let them do any more gunfire. I’ve worked in condemned motels littered with old crack pipes and in Malibu mansions.

Shiny studio pictures are usually on the smoother end, but especially in the indie world, professional norms can enter bizarro land. But in a way, I love that. Because it’s helped me envision and invent criminal underworlds with their own rules, mercenaries and hackers and con artists who operate entirely outside what most of us would see as civilized society.

(5) Movies let me meet a broad cross-section of humanity.

However! After #4, it might be a surprise to hear this, but on the whole, I loved meeting all the people I worked with in film. Working on a new project every week, I’d constantly be interacting with new people, and I’ve never had the privilege of working with such a broad cross-section of colleagues in my life. The unethical ones and the abusers aside—they can go jump in a lake—I’m so grateful for how meeting so many different types of people from so many different backgrounds expanded my understanding of humanity.

Film is such an eclectic mix of folks, and they all had stories. And me, as a stunts and weapons person—I got told all of them. The cheerful medic who used to be a drug dealer but then casually turned his life around because he didn’t want to play into Mexican stereotypes. The locations guy who survived a driveby only for the police to refuse to help, or the effects guy who was shot with a .45 during a home invasion. The Hell’s Angels who told me very seriously what they didn’t like about how they get portrayed in fiction, or the fight choreographer who once chased off armed robbers with a mop. Old cowboys, Olympic gymnasts, retired military, ex-professional athletes, and drag racers were all people I worked with regularly.

I’ll always be grateful for everything I was introduced to thanks to such a diversity of colleagues.

…But I still have to fight the clichés.

I just talked at great length about how creative and thoughtful movie action can be, and how all the people I worked with expanded my mind and subverted my assumptions about my fellow humans. But still, working in film and television did me one disservice that goes against that grain, and that’s how so very many movie scenes enforce one or more clichés.

Hollywood is notorious for how far behind it is on its representation of so very many demographics—women, nonwhite people, queer people, disabled people, we could go on and on. Not only that, but sometimes Hollywood writers go for the lazy routes in other ways too, writing in inaccuracies or cheap tropes because it’s easier. I’ve worked on some incredibly well-written films and shows, but I’ve worked on many, many others that were trying to make something quick and dirty.

And I have to admit, having been immersed in some of those shortcuts is something I have to fight against at times when I’m writing fiction. For example, when I envision a gun fight, well, I’m automatically going to envision some mushed-up image of the hundreds of gun fights I’ve worked on, a lot of which had some tired clichés in them. I have to take my real-life experiences with these sorts of scenes and interrogate them, make sure I’m not picking up tropes out of someone else’s fiction without meaning to.

I suppose it’s the dark side of all the meta creativity I talked about above. Performing fictional action has helped me write it… but I also need to make very, very sure I never get lazy about it! 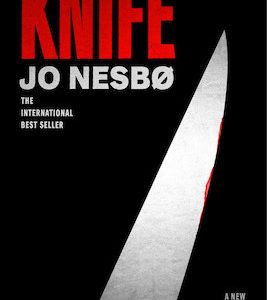 Harry woke up. Something was wrong. He knew it wouldn’t take long for him to remember what, that these few blessed moments...
© LitHub
Back to top