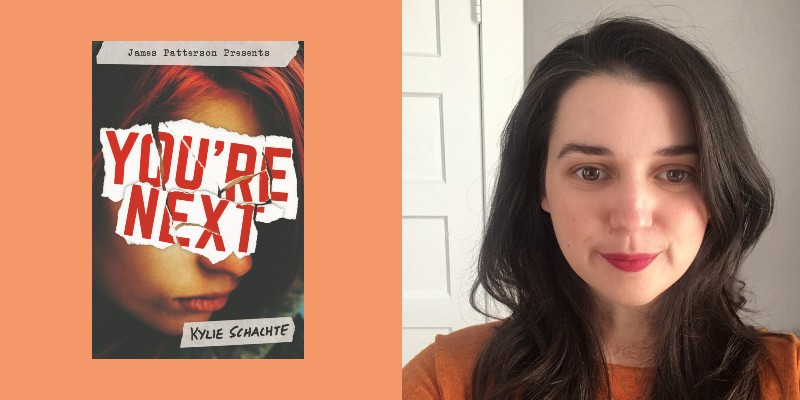 This week on the podcast, Layne interviews YA author Kylie Schachte about her killer debut novel You’re Next.

Kylie: As far as inspiration goes, I often tell the story that I was writing another book. It’s a middle grade fantasy, something way, way different, and I was struggling with it a lot. So I was drinking a glass of wine and watching Buffy the Vampire Slayer when I’m feeling sorry for myself. As I was watching, I was like, this is the kind of thing I want to write. I want to write something that’s super fun and campy. And it’s going to feel super action-packed, just like the things that I want to read or want to watch. I want to just have fun while I’m writing it. So that was really what set me off on this path. I had this idea about this teenage private eye. The question that I was asking about at the time was, we have so many miserable failures of our criminal justice system in the States, what does a sixteen-year-old girl potentially bring to questions about justice that people who are currently in power wouldn’t necessarily have that in their arsenal? As a teenage girl, she is somebody who is seen by society as being inherently vulnerable or weak. What does it mean for her to come to these questions of justice and who do we think is a deserving victim and all of those kinds of things. So I started with this idea of it being this really fun action Buffy kind of thing.

Pretty much immediately as I started writing it, I ran into this issue at the core of the book of the dead girl. I think especially with the rise of true crime and things like that in the last few years, one of the things I’ve had to grapple with is that we can see in so many of these things, like Serial or whatever, that are for entertainment. And yet at the core of those stories is somebody and many people’s lives who have been irrevocably ruined by the horrible tragedy and violence. Those two things kind of feel like they’re hard to hold together at the same time, like bad-ass girl who’s kicking down doors and taking names but, at the same time, this really terrible thing that is destroying lives, just murder.

Trying to juggle those two things I think became the inherent tension of the book. And that really speaks back to that question of, well, what does a sixteen-year-old girl bring to questions of justice that a cop or traditional detective or what have you wouldn’t necessarily be able to have the same perspective? I think when I was writing it so much of what I was originally driven to write and what made it fun for me was this big action scenes of her, like driving a getaway car, like punching people or whatever. And yet the core of the book had to really be about empathy and grief and trauma and vulnerability.

To listen to the rest of the episode, as well as the whole archive of Unlikeable Female Characters, subscribe and listen on iTunes, Stitcher, Spotify, or wherever else you find your favorite podcasts.

Kylie Schachte graduated from Sarah Lawrence College where she studied writing, theatre, and psychology. Currently, she lives in Portland, Oregon, where she works as a tutor and mentor to a group of badass teenage girls. You’re Next is her first novel. 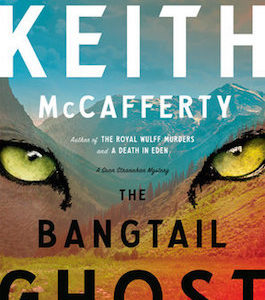 The house was a fish out of water for the setting, a split‑level mid‑century modern with a backward‑slanting roof and casement...
© LitHub
Back to top