Crime Writers Weigh in on the City of Angels

Los Angeles: easy to disparage, easy to love, impossible to capture in just a few lines, although that never stopped anyone from trying. It’s the birthplace of noir, that most American literary form. Just as some portion of the city’s soul belongs to the studio heads, an equal portion—maybe even larger—has always been the property of the crime writer. It’s a city of long shadows and sideways light, breezes that blow from cool to hot as quickly as a palm can shudder, a city full of schemers and hustlers of all stripes—in short, an honest-to-God American city. There’s no way Los Angeles can be summed up in a few pages, a book, or the entirety of a writer’s work. But brave souls that they are, the scribes of Los Angeles keep on working toward the heart of the matter. There are the icons of noir with their pithy phrases, the newcomers out west on a job who think why not take a crack at the city, and then there’s the new generation of crime writers staking their claim.

In the city’s honor—and why not, to have a little fun with it, too—we’ve gathered up a collection of crime authors writing about the City of Angels. Together, they make up a piece of that special something we’ve come to think of as L.A. Noir.

On the transient nature of the city.

“Los Angeles was the kind of place where everybody was from somewhere else and nobody really dropped anchor. It was a transient place. People drawn by the dream, people running from the nightmare. Twelve million people and all of them ready to make a break for it if necessary. Figuratively, literally, metaphorically—any way you want to look at it—everybody in L.A. keeps a bag packed. Just in case.”
—Michael Connelly, The Brass Verdict (2008)

A genial failure of a place.

“L.A. It was a big sunny buffoon of a city; corny and ornate and disorganized but kind of fun. The last hallucination, the dwindled fragment of—what had Fitzgerald called it?—’the last and greatest of all human dreams.’ It was where we’d run out of room, where the dream had run up against the ocean, and human voices woke us. Los Angeles was the butt end, where we’d spat it out with our mouths tasting of ashes, but a genial failure of a place for all of that.”
―Robert B. Parker, A Savage Place (1981)

Somewhere between magical and real.

“The train had brought them to this place called Los Angeles, where the magical and the real, the world of fantasy books and history, seemed to coexist on the same extended stage streets, rivers, and railroad tracks.” —Héctor Tobar, The Barbarian Nurseries (2011)

“In L.A. people don’t have time to stop; anywhere they have to go they go there in a car. The poorest man has a car in Los Angeles; he might not have a roof over his head but he has a car. And he knows where he’s going too.”
—Walter Mosley, Devil in a Blue Dress (1990)

“As a native Angeleno, it pisses me off when people who aren’t from here write about the so-called fakeness of Los Angeles. While that may be true in certain places, I truly believe that people here, especially natives, are warm and approachable. We don’t have to act like Angelenos because we are—this is home, we don’t have to put on.”
—Rachel Howzell Hall, “A Conversation with Attica Locke,” L.A.R.B. (2015)

“Rain filled the gutters and splashed knee-high off the sidewalk. Big cops in slickers that shone like gun barrels had a lot of fun carrying giggling girls across the bad places. The rain drummed hard on the roof of the car and the burbank top began to leak. A pool of water formed on the floorboards for me to keep my feet in. It was too early in the fall for that kind of rain.”
—Raymond Chandler, The Big Sleep (1939)

On those who choose to retire to the City of Angels.

“Their boredom becomes more and more terrible. They realize that they’ve been tricked and burn with resentment. Every day of their lives they read the newspapers and went to the movies. Both fed them on lynchings, murder, sex crimes, explosions, wrecks, love nests, fires, miracles, revolutions, wars. Their daily diet made sophisticates of them. The sun is a joke. Oranges can’t titillate their jaded palates. Nothing can ever be violent enough to make taut their slack minds and bodies. They have been cheated and betrayed. They have slaved and saved for nothing.”
—Nathanael West, The Day of the Locust (1939)

“A good part of any day in Los Angeles is spent driving, alone, through streets devoid of meaning to the driver, which is one reason the place exhilarates some people, and floods others with an amorphous unease.”
—Joan Didion, ” Pacific Distances,” After Henry (1992)

“The other city—the remembered and imagined one—stretches west, past the sprawling ethnic neighborhoods where Koreans overlap with Salvadorans and Armenians back into Thais. It begins on the big-name crosstown boulevards lined with deco theaters, faded tropical motels, and restaurants with sentinel valets, and ends where the streets run into the ocean. But in this trench where the 110 sinks through downtown, that place is barely a memory. Here there is only the jam of the cars and the blank faces of the glass towers.”
—Ivy Pochoda, Wonder Valley (2017)

“There was nothing wrong with Southern California that a rise in the ocean level wouldn’t cure.”
― Ross Macdonald, The Drowning Pool (1950)

“It is redundant to die in Los Angeles.”
—Truman Capote

“Real cities have something else, some individual bony structure under the muck. Los Angeles has Hollywood—and hates it. It ought to consider itself damn lucky. Without Hollywood it would be a mail order city. Everything in the catalogue you could get better somewhere else.”
—Raymond Chandler, The Little Sister (1949) 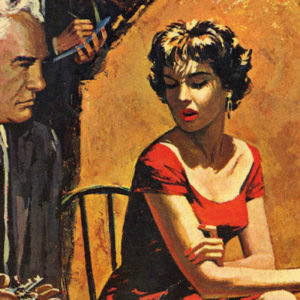