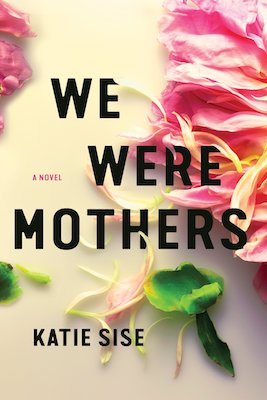 The following is an exclusive excerpt from We Were Mothers, by Katie Sise, who’s jewelry line catapulted her to fame before embarking on a writing career. In the following passage, a woman at a party staves off her rising anxiety in a scene that reveals the distance between who we say we are, and who we really are.

Laurel’s anxiety rose with each breath. Her hands gripped the edge of her neighbor Cora’s marble kitchen island, and she spoke faster and faster, trying to escape the feeling. She could hear herself prattling away to Isabella Gonzalez, Sam and Cora’s successful banking friend who’d been kind enough to give Laurel’s older daughter, Mira, an internship this summer. It was like an out-of-body experience: Laurel knew she was talking too much, but she couldn’t stop wildly steering the conversation in whatever direction her words took it. “We try not to label experiences for the girls,” she said to Isabella, who popped a tomato in her mouth. Laurel watched Isabella’s perfectly painted dark-purple lips purse as she chewed the tomato. Her sleek cream cocktail dress was quite formal for a birthday party, but it showed off an adorable baby bump. Laurel always felt a pinch of sadness when she saw a pregnant woman. It reminded her of how hopeful she’d once been. “Good day versus bad day, that kind of thing,” Laurel said. “We let the girls just be, so they can learn to exist in a moment without constantly judging it.”

Her social life was a carefully controlled rhythm, and when she was alone, Laurel Madsen was the conductor.

Was that really her voice? It was like listening to a scratchy record. Laurel couldn’t understand how or why Isabella was still listening to her so intently. Why hadn’t she politely excused herself?

“You’d be amazed at how often adults judge nearly every experience,” Laurel went on.

Isabella nodded as she dipped a carrot into hummus, and Laurel sighed. The nervous overtalking was simply what happened now at parties when Dash and their girls were present. Laurel was fine when she was by herself: solo was her preferred modus operandi. Because that way, she could run the show, and she often did. She was wealthy and empathetic, fashionable and smart, a quartet of adjectives that often drew others into an orbit. Her social life was a carefully controlled rhythm, and when she was alone, Laurel Madsen was the conductor.

But as it were, her girls ran around Cora’s lawn and home with their ethereal beauty on display in short-shorts and sundresses for anyone who wanted to view. And the men did want to view, particularly where Mira was concerned. Anna was still young enough that non-perverted men mostly looked away, but still, what if something happened to her, too? Based on what Laurel had found that morning hidden inside a drawer in Mira’s bathroom, Laurel knew that one of the things she’d been scared would happen to her daughter already had, and it made having to pretend everything was okay so much harder.

Laurel turned away from Isabella to see Cora’s father and stepmother standing just outside the kitchen on the patio. Laurel was a decade younger than Clark and Abby, but she’d known Abby since she was a child. Abby had grown up in Ravendale just like Laurel, and Laurel remembered when Abby used to lifeguard at the town pool during her summers off from college. When Laurel was nine years old she idolized Abby, dreaming of having hair just like hers: long, braided, and strawberry blond. All of the boys fawned over Abby and her large chest crammed into the lifeguard uniform: a red bathing suit with a white cross that marked her breasts like a target. Laurel used to wonder about what all that attention would feel like, and years later, when she knew the feeling firsthand, she found it both thrilling and sickening. The power of her body to make men feel a certain way made her high, but it was nearly canceled out by an intense vulnerability that descended moments later.

Laurel watched through the screen door as Clark rested a hand on the curve of Abby’s back. For all the things Laurel’s husband was, and for all the things he’d done to her, at least he hadn’t done what Clark Ramsey had. Laurel thought of Abby’s four grown boys, two of whom barely spoke to her after she’d left their father for Clark. What could ever be worth losing your children?

Laurel needed to leave this party before she unraveled completely.

Laurel checked her watch. Only thirty more minutes until her and Dash’s session with Rachel, and Laurel was dreading it. The sessions weren’t helping their marriage as they had when they’d first started last year. Everything felt colder and more clinical lately.

Isabella was saying something, and it entered Laurel’s awareness like a shrill buzz. Laurel turned her attention back to Isabella, having no idea what she’d just said. If Laurel was going to carry on the way she’d been, the least she could do was listen when another woman said something, but this, too, had been happening: it was like the sound of her own voice kept the world anchored, and when she stopped talking, she felt like she was floating adrift on a flimsy life preserver.

Laurel needed to leave this party before she unraveled completely.

From WE WERE MOTHERS. Used with the permission of the publisher, Little a. Copyright © 2018 by Katie Sise.

Familiarity and Foreignness in Crime Fiction 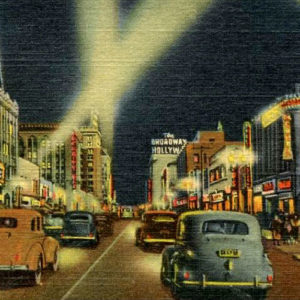 L.A. Noir: A City in 15 Quotes Los Angeles: easy to disparage, easy to love, impossible to capture in just a few lines, although that never stopped anyone...
© LitHub
Back to top