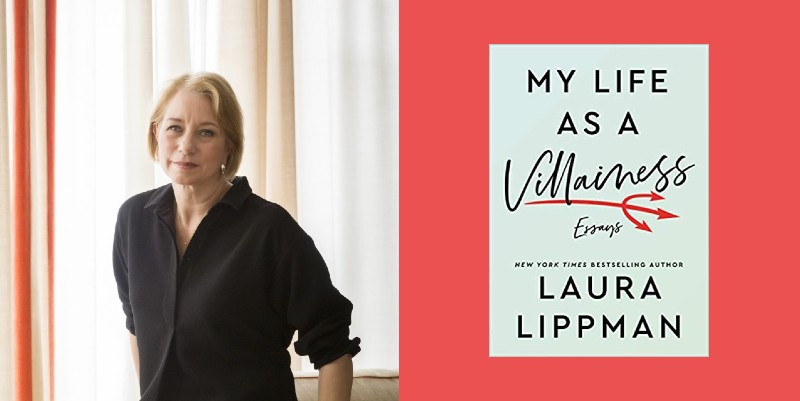 The author opens up about parenting, aging, choosing happiness, and exploring her dark, twisted imagination.

Laura Lippman is a figure in the mystery world who needs no introduction, although I’ll give it a shot anyway. I have adored Lippman for years, ever since I first picked up her hard-edged and thrilling Tess Monaghan series, and I’ve devoured each installment of her turn towards standalones. Lately, though, I’ve been enjoying her latest contribution to the world of writing—a series of essays on aging, womanhood, feminism, and the vicissitudes of life, first published on Longreads as part of a series, and now collected in My Life As A Villainess, a slim volume whose size belays the amount of wisdom it contains. I caught up with Lippman over email to ask about the collection, the genre, and the secret to a good life.

Molly Odintz: You write about your surprise that so many identified with the story of a “a very old, very unusual working mother.” My mother had me when she was 40, and was also often mistaken for a grandmother, so I’m curious to know more about the kind of reactions you got from readers to your story. 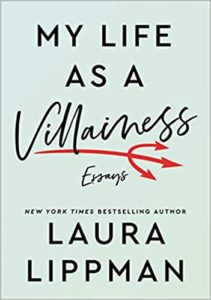 Laura Lippman: First, it turns out that there are other 60-year-olds with 9-year-olds. I didn’t anticipate that at all. But I also didn’t anticipate that every mother I knew would react so strongly to the piece. So many moms I saw at school drop-off seemed to identify with the piece, no matter their ages or choices. It reminded me that specificity in writing can lead to universality.

Odintz: You talk honestly about the challenges of being a working mother and a writer. The pandemic has exposed the realities of household labor divisions that lag far behind in terms of equitable distribution. What’s your take on what needs to happen for this to change?

Lippman: I’m in an unusual situation—the pandemic has caught us at a time when, for the first time in several years, my husband’s not working out of town and not in production. So I’ve been enjoying this idyllic version of co-parenting as a result of the pandemic. Of course, that’s only possible because we’re self-employed. And I also found myself, during the school year, coming full circle—I wrote my 25th book as I wrote my 1st, getting up very early and finishing my writing before my daughter woke at 8. And in that way, I finished a novel that had been vexing me for a year.

Odintz: You write that: “It was never about what I was wearing. It wasn’t even about me. That was the hardest lesson to learn.” There’s growing coverage of violence against women as femicide. What do you see as crime fiction’s role, when it comes to understanding gendered violence?

Lippman: Crime fiction has a lot to reckon with. It can be a conservative form, one that posits the importance of a “return” to order. It often enshrines problematic systems (and problematic ideas about justice). As a white writer, I struggle, and will continue to struggle, with how best to write stories involving BIPOC. I’ve spent six decades of my life in the body of a person whose race was considered the default and that led to some choices I regret. In fact, I’m going through my entire backlist now, with the help of my assistant, to see if there is language I want to change. Just today, I was looking at my editor’s notes on the next book and she flagged a line as offensive (correctly) then wondered if that was the point, given the character’s POV. Also correct, but will the reader understand who’s giving offense?

So when it comes to gender, we need to be thinking about the same thing, this idea that violence against women isn’t one isolated act after another, but something omnipresent in our culture. I believe that every mass shooting suspect so far has had issues with domestic violence. (I use that term instead of “intimate partner” violence because I think one mass shooter’s past involved his mother.)

Also, a small bit of advice for male writers. Women spend far less time thinking about their tits than you might think.

Odintz: After reading your essays, I’m reminded of the Amanda Cross novel where a woman is murdered by a jealous colleague because she’s about to prove women get happier with age, and he’s hellbent on making women feel like old age is decline. I guess what I’m getting at is, I really want to age like you. What’s the secret to not giving a **** and getting older happily? Or should people buy the book to find out? 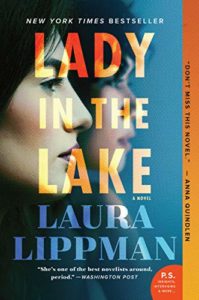 Lippman: There’s a very small mental trick I’ve learned. Look, I’m not always happy. Sometimes I am drowning in misery. But I’ve stopped using the construction “I am unhappy because.” Happy/unhappy can be situational, but more often, it’s a choice. That’s another lesson I learned from my friend Ann Hood. She has known real tragedy, the toughest stuff. But she made a conscious decision to be happy pretty early in life. It’s a beautiful thing to see.

Lippman: My imagination is really dark. This just came up in therapy today. I mean, my mind goes to some dark, twisted places. According to the mental health professionals who had to evaluate my results on the Minnesota Multiphasic Personality Inventory, I’m just unusually honest about how twisted I am. I conceptualize these things, but I would never do them.

A villainess (or villain) is a one-dimensional character and I used the term archly. No one really sees themselves as a villain (or villainess). I regret being a “Good Girl” because it has, ironically, cost me a lot. Being good is really overrated, especially for women. My daughter has picked up the word “slut” and inferred it’s an insult. I tell her not to use it because it’s anti-feminist.

Lippman: I have a short story called “Slow Burner” coming out and it’s about the darkest thing I’ve ever written. Next year should see the publication of Dream Girl, which I think might be the funniest novel I’ve ever written, but never fear—there are bodies.

A Faked Obituary and the Search for a Missing Sister 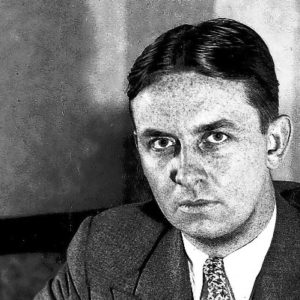 On April 19, 1934, Eliot Ness turned thirty-one amid the wreckage of a once promising, even heralded career. Eight years...
© LitHub
Back to top