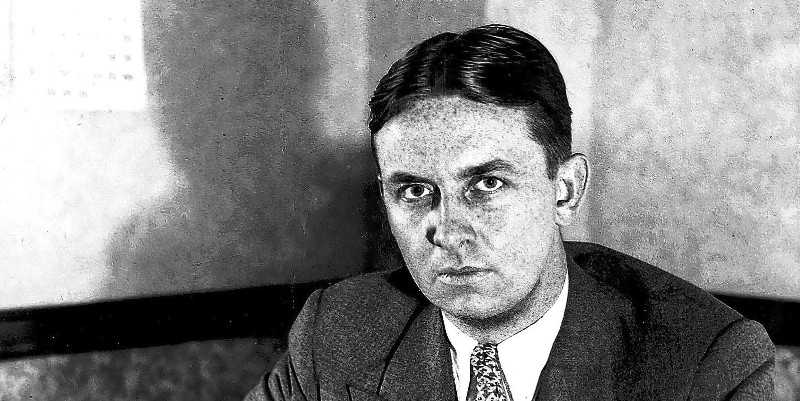 The legendary Prohibition agent who took on the Capone mob was banished from Chicago after his glory days. Why?

On April 19, 1934, Eliot Ness turned thirty-one amid the wreckage of a once promising, even heralded career.

Eight years earlier, not long out of college, Ness had taken his oath of office as a Prohibition agent, swearing to battle the bootleggers ruling his hometown. His decision distressed and mystified his Norwegian immigrant parents, who’d struggled and sacrificed so their youngest son could enjoy a better life. 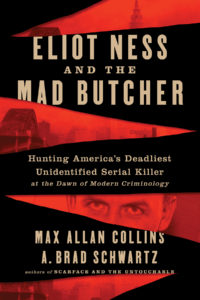 Why would such a bright, hardworking young man—with a University of Chicago degree—choose to join the ranks of the notorious Prohibition Unit, whose agents were known for shooting innocent citizens and taking bribes from gangsters?

Peter and Emma Ness’s son, unlike most Prohibition agents, had no interest in lining his pockets; for him, a friend recalled, “honesty amounted to almost a fetish.” Nor did Eliot consider Prohibition an especially worthy cause. Any law so widely disdained and disregarded was both doomed to failure and damaging to law enforcement. If cops or federal agents took a bribe to ignore Volstead Act violations, what other crimes might they learn to overlook?

Even so, the Prohibition Unit offered Ness entrée into his chosen field. Growing up on the South Side of Chicago, Ness had idolized his much older brother-in-law, Alexander Jamie, a Scottish immigrant who joined the embryonic Bureau of Investigation (not yet the FBI) when Eliot was still a teenager.

Jamie and his fellow federal agents—forerunners of the G-men who would one day become America’s heroes—represented a new breed of lawmen so unlike old-school beat cops, inspiring young Eliot to make a career in law enforcement. He would serve the public while feeding his appetite for danger and excitement, and perhaps achieve a professional standing reserved for doctors and lawyers.

After Eliot’s brother-in-law clashed with new boss J. Edgar Hoover, Ness followed Jamie into the Prohibition Unit, where they could rise through the ranks together, the older agent serving as protector and patron. Although Ness might have preferred joining Hoover’s Bureau, he couldn’t help but stand out in the dry force amid a crowd of grafters, crooks, and blunderers.

Ness’s dedication and drive soon won his superiors’ respect. In late 1930, they tapped him to lead a crucial part of the federal assault on the Capone Outfit, assigning him to build a small squad of agents who couldn’t be bribed. While smashing the mob’s bootleg operations and drying up its immense income, the team gathered evidence for a massive conspiracy indictment linking Capone and dozens of others to five thousand Prohibition violations.

The groundbreaking case they built would never go to trial; federal officials chose instead to seek Capone’s conviction on income tax charges. But Ness and his raiders crippled the Outfit financially, receiving much public credit for Capone’s downfall and winning nationwide fame as “the Untouchables.”

But the real man seemed hardly the hard-boiled stereotype come to life.

“He stood just under six feet,” Fletcher Knebel reported, “weighed 172 pounds and owned thick brown hair that refused to stay parted. His blue-gray eyes, shy smile and uncreased features gave him a boyish appearance. His manners were correct, his voice so low as to be inaudible at times. He was courteous, gentlemanly.” Many might have exploited this sudden celebrity—as did Chicago G-man Melvin Purvis, a few years later. Famed as the FBI agent who got John Dillinger, then forced from the Bureau for loving the limelight, Purvis became a radio announcer, Hollywood personality, and breakfast cereal pitchman. No such path tempted Eliot Ness.

After Capone’s conviction, Ness kept up his assault on the Outfit, while other federal men moved on. But with Scarface in jail, the American people and their government showed little interest in pursuing Capone’s associates. And with Franklin Roosevelt elected president in 1932, Prohibition wouldn’t last long.

Ness found himself trapped in a shrinking agency soon to be obsolete. He’d battled the Outfit to the brink of bankruptcy, but he couldn’t finish the job alone. His moment had passed, and with it his chance to climb the federal ladder.

Back in 1929, he’d married Edna Stahle, a petite brunette three years his junior. Quiet, reserved, Edna came from his old South Side neighborhood; although they’d known each other as kids, their romance only began when she reentered Eliot’s life as Jamie’s secretary. For a while, their personal and professional lives were entwined, but after Edna left the federal service they grew apart. By 1933, Edna had taken to waiting outside Eliot’s office for her husband to come off duty, as whispered gossip of their shaky marriage traveled through the federal bureaucracy.

Then Ness made an ill-advised attempt to shore up his career. Hoping to win a job with Hoover’s Bureau—even to replace Melvin Purvis as Chicago’s Special Agent in Charge—he curried favor with the staff of an Illinois politician. Along the way, Ness encountered another constituent seeking a favor: a party man trying to get protection for an illicit still.

Ness did nothing to help the man but didn’t report him, either. The federal government, anticipating repeal, had abolished the Prohibition Bureau and replaced it with a new Alcoholic Beverage Unit, to which Ness now reported—there seemed little urgency in busting yet another small-time, independent bootlegger. But Ness’s superiors found out and investigated. Finding no further evidence of misconduct, they transferred Ness to Cincinnati, Ohio, almost certainly as punishment.

Banished from Chicago, Ness sought to return by continuing his efforts to join Hoover’s Bureau, now known as the Division of Investigation. But Purvis shared the reasons behind Ness’s transfer with the Director.

Hoover personally rejected Ness’s application, regarding him with suspicion and disdain from then on.

In early 1934, Ness found himself in a hostile work environment, surrounded by agents he didn’t trust, enforcing a moribund law.

“Our Unit has been passing through a rather unsettled period,” Ness wrote to a colleague that April, “due to the fact that many men were dismissed.”

Despite the end of national Prohibition in December 1933, bootleggers kept plying their trade. The government taxed legal liquor heavily, largely to pay for President Roosevelt’s new relief and recovery programs. This created a thriving black market for cheap, rotgut booze, prompting another crackdown. In May 1934, Ness and other dry agents transferred into a new Alcohol Tax Unit of the Treasury Department.

Families there had been brewing white lightning for generations, but Prohibition turned the practice into “a backwoods industry of menacing proportions.” Fearful of raids, the locals didn’t hesitate to shoot the hats off anyone who wandered too close.

“Those mountain men and their squirrel rifles,” Ness remembered, “gave me almost as many chills as the Capone mob.”

Ness’s stint as a “revenooer” didn’t last long. Treasury officials soon realized the Cincinnati office covered too much ground, and that Appalachian moonshiners posed a different problem than Prohibition-style bootleggers in Michigan and Ohio. Cleveland remained riddled with illicit stills, whose profits fueled the growth of a powerful crime syndicate.

That August, the ATU cut the Cincinnati district in two, making Ness the acting investigator in charge of northern Ohio. Whatever his sins in Chicago, he had more than paid for them in the Moonshine Mountains. Now he decamped for Cleveland, the headquarters of the new district, and got back to the work he knew best.

Max Allan Collins is a Mystery Writers of America Grand Master and the author of the Nathan Heller thrillers, Road to Perdition, and the Quarry series, among many others. A. Brad Schwartz is the author of Broadcast Hysteria: Orson Welles's War of the Worlds. Together, they authored the new book, Scarface and the Untouchable: Al Capone, Eliot Ness, and the Battle for Chicago. 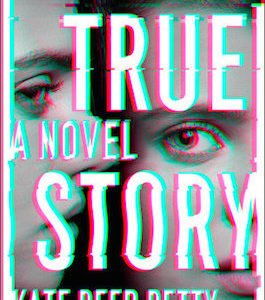 In the fall of our senior year, my buddy Max Platt was arrested for shining a laser pointer at an airplane. We didn’t even...
© LitHub
Back to top