As we celebrate Law & Order SVU‘s 20th anniversary this week, let’s take a moment to appreciate where it all started: with the original Law & Order, the crime procedural that changed the game. SVU has legions of devoted fans and has reached epic heights. With the 21st season premiering last night, it’s now the longest-running primetime live-action series of all time, breaking the 20-season record previously held as a tie by the original Law & Order and Gunsmoke. But here’s the thing: the original was better.

The original Law & Order is a perfect television show. Part of what makes it so perfect is the formula: you know that every time, the detectives will figure out who done it, making quips along the way; and the prosecutors will find clever ways to present their case and get around legal obstacles. There are just enough twists in each episode to keep you engaged, guessing whether the perpetrator is the first guy they talk to or the second guy, wondering if a key piece of evidence will be thrown out; but despite the minor variances, every episode is basically the same. And every episode is golden.

Law & Order: SVU, the spin-off that premiered in September 1999, nine years into the original series’ 20-season run, strays from that formula, making it a less consistent and ultimately less rock-solid show. SVU is still better than 99% of television, of course, and I will still continue to watch and re-watch old episodes at embarrassing rates, and will eagerly await each new episode of the current season and as many more future seasons as NBC will give us. But that doesn’t change the fact that it’s simply not as good as the original, and it shouldn’t be the most lauded Law & Order franchise. (At least we can all agree that Criminal Intent is solidly in third place.)

I admire and appreciate Lt. Olivia Benson (played by Mariska Hargitay), the stalwart anchor of the show, the main character who’s been there since the pilot, crusader for women and indefatigable advocate for victims everywhere. But the truth is, I don’t give a crap about Benson’s adoption struggles, her drunk mother, her long-lost brother, or her therapy sessions. And I cared even less about Detective Elliot Stabler’s teeming brood and their various brushes with the law when he was still around—and even less about the personal lives of the more recent cast members.

Side note: Hargitay may be holding it down, but the show took a significant dive when her original co-star Christopher Maloni, who played the tightly-wound bulldog of a detective, Stabler, departed at the end of Season 12. For 12 great seasons, the two were a pair—they had a committed, enmeshed, loving and contentious chemistry similar to Scully and Mulder of The X-Files—arguably the best partnership in television history (who were also eventually split up, much to their series’ detriment). In this way, the original Law & Order’s steady rotation of leads was part of its strength—we got used to the turnover, so no one departure could do too much damage to the show. Although, yes, I did cry when Det. Lenny Briscoe (Jerry Orbach) retired.

The personal storylines on SVU are like the love interest shoehorned into an action movie: ostensibly there to humanize the characters and keep viewers invested, but really just a waste of precious air time. (The only worthwhile family plot-line is the episode where it’s revealed that Det. Finn (Ice-T)’s ex-wife’s secret son murdered a woman and her baby years ago—and he plays the detectives with a legal two-step that gets his confession thrown out and allows him to question the mother who abandoned him on the stand. That’s just quality TV, and it works because even though one of the detectives is personally involved, it mostly sticks to the solving of a crime.) 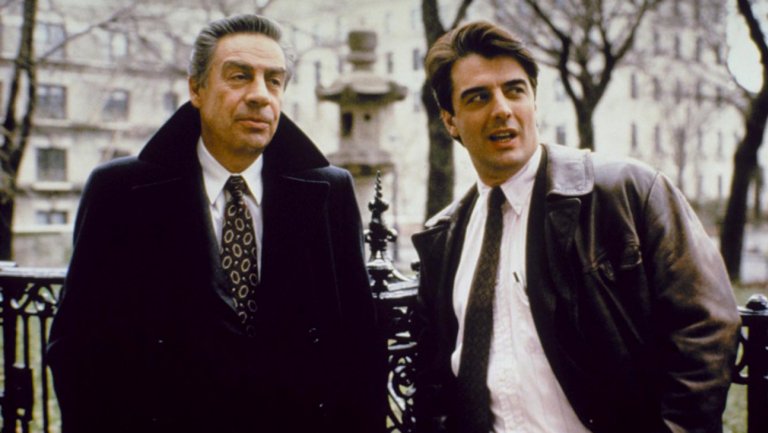 The original occasionally brought in small glimpses of the detectives’ lives—like Briscoe’s daughter’s drug addiction, or Det. Ray Curtis (Benjamin Bratt)’s wife’s multiple sclerosis. But they never took center stage away from the characters’ work—from the soothing, repetitive unfurling of murder mystery after murder mystery. The SVU episodes where we completely lose track of the fact that each week we’re supposed to be following our heroes as they solve a crime feel like when a coworker stops and stands at your desk to tell you a long boring story about their weekend and you just want to scream, “That’s great, Jill, did you file that copy or not?” Why are you wasting my time with this nonsense? Stay on task.

And really, how many murderers can become obsessed with Benson before the trope loses its impact? It seems like every third episode a madman fixates on her and half the shots are just close-ups of her face looking concerned-but-determined. If I wanted to watch a show where one horrible thing after another happens to the heroine, I’d watch Grey’s Anatomy. But that’s not what I come to Law & Order for. Law & Order is about the formula, consistent as the tide, soothing as white noise, more reliable than most old friends. It was perfect.

Article continues after advertisement
Law & Order is about the formula, consistent as the tide, soothing as white noise, more reliable than most old friends. It was perfect.

Another reason SVU isn’t as perfect as the original is that they show a lot more violence, specifically rape. Law & Order is soothing, a neat and tidy alternate version of our world in which there really are good guys and bad guys, in which the system usually works, and even when it doesn’t the powers that be try their best to fix it and are sad and angry about their professions’ shortcomings. The episodes revolve around a lot of horrible crimes (“heinous,” even), but we rarely see them on screen. We, along with our pairs of heroes, enter the story when the damage has been done and it’s time to clean up the mess and get justice. It’s like aerosolized Xanax, soothing to the mind and soul. SVU, on the other hand, in another break with the formula, often shows violent attacks on screen. They break the comforting, hypnotic spell of the original with screams of women crying for help or begging for mercy. This is not a black-and-white fantasy world where good prevails over evil; it’s jarring, upsetting, and, a little too real.

Of course, SVU is far from the most graphic depiction of violence against women out there, but the original proves that you don’t need to show it on screen at all to create a compelling crime drama. I’ve watched every episode of the original blend and SVU enough times that I usually know what’s going to happen before the theme song starts, and these days I skip the ones that I know show sexual assaults. Those scenes have the exact opposite impact on my nervous system of the feeling I watch Law & Order for; that feeling of calm, repetitive, comforting victories being won.

I hope SVU is never cancelled. I hope to see Mariska Hargitay on screen as Olivia Benson when she’s as old as Jerry Orbach was when the beloved Lenny Briscoe retired. But as the spin-off surpasses the original in longevity, let’s remember that it’s never come close to its level of solid gold quality.

Lilly Dancyger is a contributing editor and writing instructor at Catapult, assistant books editor at Barrelhouse, and the editor of Burn It Down, an anthology of essays on women's anger, forthcoming from Seal Press this fall. Follow her on Twitter at @lillydancyger. 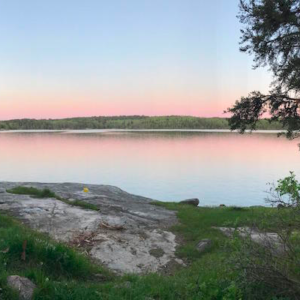 Plot, character, setting: the Holy Trinity of a novel. I generally don’t spend much time analyzing my work or anybody else’s,...
© LitHub
Back to top