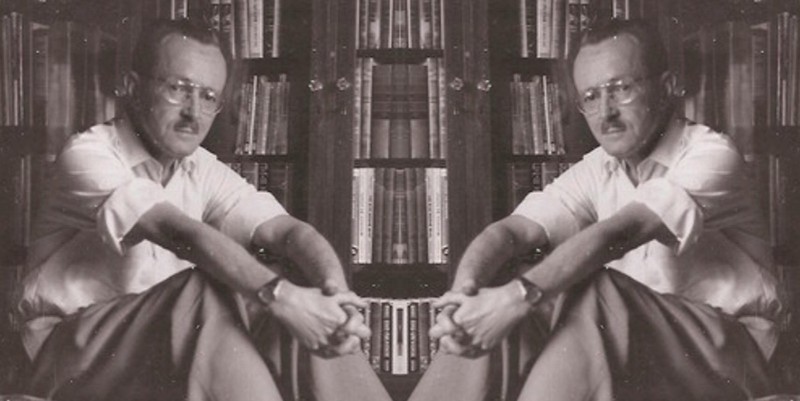 Lawrence Block remembers a world of books and an author whose unusual fiction stands the test of time.

I was only nine years old in 1947, when The Fabulous Clipjoint was published, so it was probably another eight years before I read it. I discovered Fredric Brown during my freshman year at Antioch College, and I must have read a half-dozen of his Bantam paperbacks, along with a few hundred other books I tore through back then. Most of the others had at least some claim to consideration as serious literature, which was a phrase that meant rather more to me than it does now, but I don’t know that anything I read was more engaging or entertaining than Fredric Brown’s fiction, and even then I knew that was important.

Was The Fabulous Clipjoint one of those early reads? It seems likely, but I can’t be sure. I remember a few other Brown novels I read very early on—The Screaming Mimi, The Wench is Dead, Here Comes a Candle—but whether I read Clipjoint then or a little later is impossible to say.

Because two years later, an even ten years after its publication, I had dropped out of Antioch to work as an assistant editor at a literary agency in New York. I had actually sold a few short crime stories of my own and decided that my progress in this field could only be enhanced by increasing my familiarity with what others had written.

Since I was writing and selling short crime fiction, I set out to read my way through all the back copies I could find of Manhunt and its imitators. A Times Square shop on Eighth Avenue had a huge stock of back-date magazines, priced at two for 25¢, and I wasn’t making much money, but a five-dollar bill went a long way there. I also wanted to read crime novels, so I bought a batch of paperbacks around town, but then I discovered The Mercantile Library on East 47th Street, just a block from my office.

I’ve no idea what it cost to be a member, but it couldn’t have been much, and the place was heaven for an aficionado of popular fiction. They bought all the new hardcover mysteries, but here’s what was remarkable—they never got rid of anything! The Collier brothers were more likely to part company with a dead cat than was the Merc to deaccession a ten-year-old mystery novel.

Well, I was in pig paradise. I worked all day reading the earnest efforts of fee-paying wannabes, the vast majority of whom could not write their names in the dirt with a stick, and then I went home with a stack of hardcover novels by people at the other end of the scribbler spectrum.

I would find a writer—I may well have found him first in one of those back-number magazines—and then I would read one of his novels, and if I liked it I’d read everything he wrote.  I remember that David Alexander was one writer who got this treatment. A reporter for the old Morning Telegraph, a newspaper for horse players, Alexander wrote a string of novels about one Bart Hardin, a Broadway habitué who lived above a flea circus and wore colorful vests. I guess he also solved crimes. I’ve largely forgotten the books, though rather less utterly than the world has, but I remember learning that the author had a quirk at least as eye-popping as his hero’s waistcoats; he wrote each of his books in the first person, to give it a sense of immediacy and then deliberately rewrote it in the third person, to give it—

Well, I disremember that part, but he must have had his reasons. You know, I’m not sure I believe Alexander actually did this, and even if he did it once I doubt that he did it again. But who knows?

I read, as you may imagine, a lot of books, and made the acquaintance of a considerable body of authors. But when I think back, what I mostly remember is reading my way through the complete works of Fredric Brown. (Or as complete as they were at the time. The man himself was still very much an active writer in 1958, regularly turning out novels and short fiction.)

When, thanks to the Mercantile Library, I was able to return to my residential hotel with Fredric Brown for company, I knew I was in good hands and that a satisfying evening was assured. Some of the man’s books were better than others, to be sure, but he himself was unfailingly good company. And what more, really, can one ask of an author?

One thinks inevitably of that annoying passage from Salinger, wherein Holden Caulfield muses on the pleasure to be found in calling up an author after having enjoyed his book. I didn’t have fantasies of phoning Fred Brown, or anyone else, but it did strike me from time to time that he was a man whose company I would very likely enjoy.

One time, at the end of a long week, I came home with a bottle of Jim Beam as well as a new-to-me Fredric Brown novel. Halfway through the first chapter, the lead character had a drink. That struck me as a good idea, so I followed his lead—and, as I read on, I took a drink every time the protagonist did.

Don’t try this at home.

Oh, I had a feeling Fred Brown and I would get along just fine. And it seemed possible that, in the fullness of time, our paths might well cross. I was beginning to know several science fiction writers who, if they didn’t know Brown, had friends in common with him.

This didn’t happen. What happened, instead, was Life Itself; I went back to school, left school permanently, married, had children, and went on with the business of becoming myself, whoever that might turn out to be. I still read each new Fredric Brown novel as it came out, but in 1963, the year my second daughter was born, Brown published his final novel, Mrs. Murphy’s Underpants, and The Shaggy Dog and Other Murders, his final short story collection.

He lived another nine years, and died in 1972 at the age of 65. I can’t seem to find anything about his final years, even in the age of Google and Wikipedia, and I’m not inclined to probe too deeply.

Before I forget, I should point out that the Mercantile Library is still a very special institution all these years later. There came a time when it expanded its programming and redefined itself as The Center for Fiction, and a few years later relocated into much larger and quite elegant quarters in Brooklyn. It was always a haven, and it’s significantly better than ever and, if you can conveniently do so, you should make its acquaintance.

It was Brown’s first published novel, and won him an Edgar Allan Poe award for best first novel. (In Mystery Writers of America’s early years, that was the only award given for book-length works of fiction. My guess is that those early members realized competition among them for Best Novel would likely lead to bloodshed. Of course, all these years later, the organization has matured, and mean-spirited infighting within its ranks is quite inconceivable. We have all of us come a long way.)

Clipjoint was also the first installment of a seven-book series, and one wonders if Brown knew when he began it that he’d want to write more about Ed Hunter and his Uncle Ambrose. My guess—and who’s to say me wrong?—is that he found while writing the book that he liked the narrative voice and the way the two men played off each other, so why not find new adventures for them?

Or perhaps whoever took the book on at Dutton urged its author to undertake a series. That kind of suggestion can be persuasive, especially when it’s made by someone with a checkbook. (A similar suggestion by editor Bucklin Moon led Donald E. Westlake to keep his antihero Parker alive at the end of The Hunter, and we have him to thank for two dozen unparalleled books.) In any event, The Dead Ringer followed a year later, and they kept coming, all the way to Mrs. Murphy’s Underpants.

Clipjoint’s plot has echoes of Hamlet, and there’s probably an implausibility to be encountered within its pages, but nothing that ever bothered me.

In the fall semester of 2019, I served as writer-in-residence at Newberry College; in addition to a writing workshop, I taught “Reading Mystery Fiction for Pleasure.” I can’t call it a great success; what I failed to realize is that reading for pleasure is no longer an option when one is a student. Reading all too quickly becomes a burden, and academic survival depends upon getting through books as quickly as possible and retaining just enough to appear to have read it.

Still, I exposed my students to some good books, and The Fabulous Clipjoint was one of them. I guess they liked it well enough, although it’s hard to know what they made of a book written seventy-plus years before it found its way to them.

Never mind. I got to read it again, and enjoyed it again, if in a slightly different way than the first time around. If you’re renewing an acquaintance with the book, I think you’ll find it holds up well. If you’re coming upon it for the first time, I expect you’ll enjoy it.

And, if this is in fact your introduction to Fredric Brown, I have to say I envy you. You’re about to make the acquaintance of a man who never fails to be excellent company.

Just don’t try to match him drink for drink… 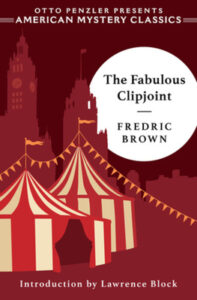 Lawrence Block is the recipient of a Grand Master Award from the Mystery Writers of America and a New York Times bestselling author. His prolific career spans over one hundred books, including four bestselling series and dozens of short stories and articles. He has won multiple Edgar and Shamus awards, two Falcon Awards from the Maltese Falcon Society of Japan, the Nero and Philip Marlowe Awards, the Cartier Diamond Dagger from the Crime Writers Association of America, and many others. Aside from being a mystery writer, he has also written a number of episodes for television, including two episodes of the ESPN series Tilt; he also cowrote the screenplay for the film My Blueberry Nights, starring Norah Jones. Block currently lives in New York City with his wife, Lynne. 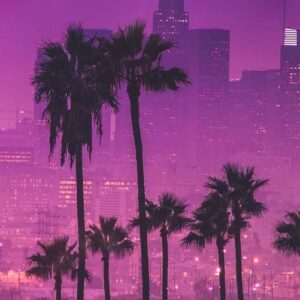 Another week, another batch of books for your TBR pile. Happy reading, folks. * Stephen Spotswood, Murder Under Her Skin...
© LitHub
Back to top