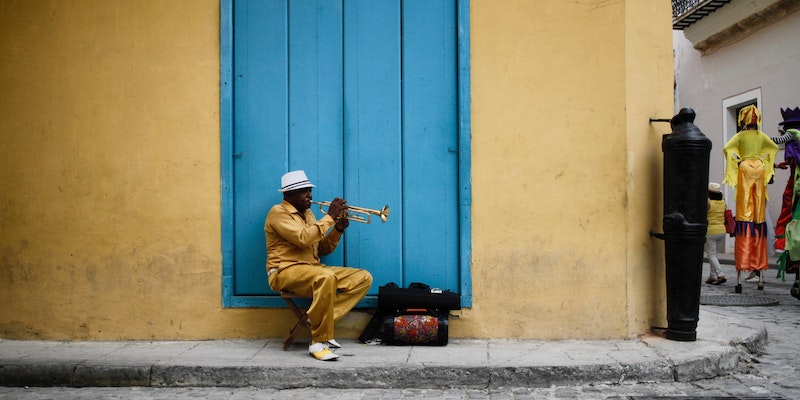 "What is the recipe for foreign language use? How much Spanish is acceptable in an English-language book?"

Writing about Havana, the city where I was born and lived until my thirtieth birthday, is a pleasurable but sometimes daunting task. I want to use the rich palette of the English language to portray our rhythms, flavors and unique landscapes. A sense of place can be established by describing locations and conjuring sounds and smells, but crafting a dialogue that happens in another language is a balancing act between authenticity and clarity. My dilemma has always been to convey my characters’ Cubanness without boring, annoying, or worse, losing the reader.

A few chosen words in Spanish add a more realistic touch to the narrative. Indeed, a dialogue peppered with Spanish seasoning brings out the Cuban flavor. Con cuidado, though, because a teaspoon of cumin can enliven pork chops but it can also, and just as easily, overwhelm the palate. Throwing in two consecutive sentences in a foreign language risks becoming obnoxious. And putting a translation between parentheses (¡qué horror!) looks inelegant and disrupts the flow.

So how to find the perfect balance? What is the recipe for foreign language use? How much Spanish is acceptable in an English-language book?

While working on the last round of edits for Death under the Perseids, my editor Yezanira Venecia dealt with the “foreign flavor” issue by encouraging me to use more Spanish. In fact, she suggested we have the opening words en español.

Las lágrimas de San Lorenzo, that’s what we call them in Spanish. In English, it’s the Perseid meteor shower. I prefer “the tears of Saint Lawrence,” though they remind me of those I shed for my Lorenzo, who died roasted like his namesake.

I hesitated, though it was an endearing thought. Las lágrimas de San Lorenzo would have been the title had I written the novel in my mother tongue. But I hadn’t. Wouldn’t too much Spanish scare readers away? Yeza assured me it wouldn’t. Bueno! Up to then, I had erred on the side of caution. It was time for a change.

I had often been afraid of my books having an accent. In fact, I used to start public readings by saying “I speak with an accent, but I don’t write with an accent.” Like an apology of sorts. Yeza inspired me to let the (Cuban) accent be heard in my novels, loud and proud.

And this is how I did it…

Spanish sprinkling was easy when dialogues happen in English, like between the narrator, Cuban-born Mercedes, and her American husband Nolan.

“You drove more than six hours this morning, papito.” I gave him a peck on the cheek.

Terms of endearment are better left in the original language. Plus “little daddy” would have sounded awfully strange!

The same happened with insults. Though there are some close English equivalents, I decided that they were self-explanatory enough and would sound better in Spanish:

Lorenzo was calling someone hijoeputa and cabrón, and whoever was with him replied with a mix of Spanish and foreign words.

It was harder to add Spanish words to dialogues among Cuban characters. Wasn’t everything supposed to be said in Spanish in the first place? In such cases, like conversations between Mercedes and her grandmother Mamina, I just kept the words that were truly untranslatable, followed by an explanation.

“That was Catalina,” she said. “Potatoes are liberadas today.”

“They’re going on sale without the ration card. She’s been waiting since eight o’clock for the store to open and is saving a place for me.”

And then there were the dichos—a dolor de cabeza to translate. To avoid the headache, I kept the sayings in Spanish and rephrased them later:

The old saying barriga llena, corazón contento proved true. My belly was full and my heart felt lighter, if not exactly content.

People often ask me if I write my books in Spanish first and then translate them. The answer is always a no. I’d rather get the flow going in English since the first draft, though if the right word doesn’t pop up in my mind right away, I put it in Spanish and keep going until I find the right term in English.

On the subject of translation, it was an eye-opening experience to translate my first Havana Mystery novel, Death Comes in through the Kitchen, into Spanish. Since I was going to be re-writing it, now in my mother tongue, I expected it to be a piece of cake. Pan comido.

Well, neither cake nor bread. It took me almost a year to have it ready, and I am still tweaking it. Part of the problem was that I didn’t want it to read like a translation but as if the original had been written in Spanish. La muerte entra por la cocina ended up being a “transversion” with way more changes than I had anticipated or would have dared to make, had it been someone else’s work.

Curiously, I didn’t even think of using English words in dialogues that happen in this language—for example, between the main character, Matt, and his friend Anne, both Americans. It would have sounded pretentious (I could hear readers saying, “Are you trying to show off your knowledge of English, pendeja?”) or plain silly. It didn’t occur to me that they would make the text seem more realistic! Which causes me to wonder why I feel the desire to sound “authentic” and pepper my English-language novels with Spanish, but never the other way around. Because English isn’t my first language? Because Spanish is? Food for thought, which I wouldn’t translate as comida para pensar.

In the meantime, I am using more Spanish in the fifth Havana Mystery novel. I am also experimenting and word-playing, inventing terms and having fun with them. I am, in fact, flaunting my accent. It’s been a happy cambio that went well beyond writing. 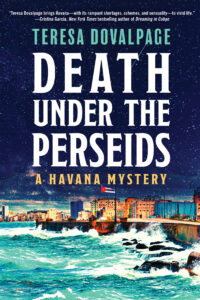 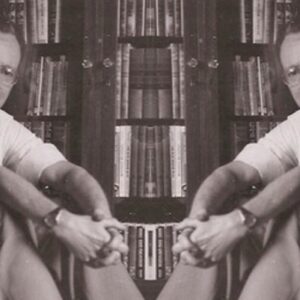 I was only nine years old in 1947, when The Fabulous Clipjoint was published, so it was probably another eight years before...
© LitHub
Back to top