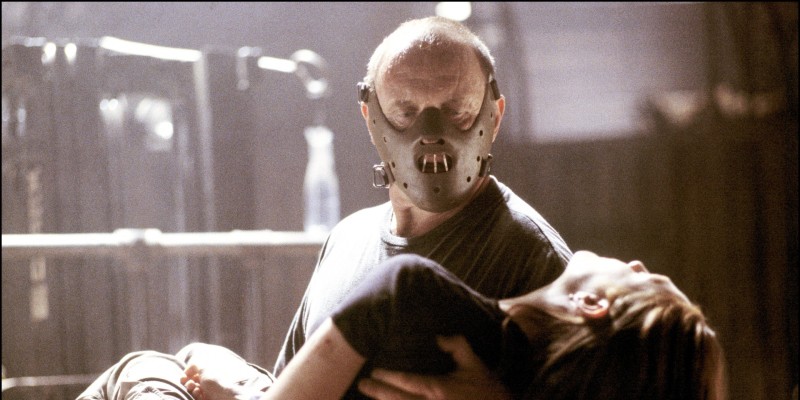 Readers waited years for the follow-up to 'The Silence of the Lambs'—what exactly did they get?

It’s hard to overstate the anticipation that greeted the impending release of the novel Hannibal in 1999. Fans of its prequel, The Silence of the Lambs, had waited 11 years to find out what would happen next to FBI Special Agent Clarice Starling and cannibalistic psychiatrist Dr. Hannibal Lecter. The publisher ordered a first print run of more than a million copies; the manuscript was kept under tight security, lest anyone leak the fate of one of literature’s most infamous villains.

But when the book finally hit stores, and those legions of The Silence of the Lambs fans finally had a chance to see how Harris played out the entwined fates of Lecter and Starling, the collective reaction wasn’t excitement or satiation—it was outright revulsion. Imagine sitting down to what you think is a gourmet meal, only for your host to offer you a plate with your best friend’s head on it. Disgust quickly turned to outrage.

At the heart of that reaction was Starling’s fate. Much of Hannibal follows an expected plot arc. Following his bloody escape at the end of The Silence of the Lambs, Lecter is living under a false name in Florence. When Starling’s FBI career suffers in the wake of a botched raid, he sends her a letter of sympathy (or at least as sympathetic as a psychopath can get), which reignites the international manhunt for him. Meanwhile, one of Lecter’s victims, alive but severely disfigured, plots to have the good doctor captured and fed to a herd of wild boars.

Whereas the police procedural of The Silence of the Lambs is punctuated by moments of bright gore, Hannibal goes full-on Grand Guignol, featuring everything from disembowelment at a famous Italian landmark to death by moray eel. The tone is aggressively cynical about the human race, and the bloodshed is showy, theatrical—especially at the end, when Lecter captures Starling, brainwashes her, and then serves her a meal composed of her worst enemy’s brains. Then they travel the world together, spotted last at an opera in Buenos Aires.

For a generation who viewed Starling as a hero, that ending was a betrayal. She was not only deprived of agency, but helped the monstrous Lecter cannibalize another human being. The controversy over the ending threatened to disrupt the making of the inevitable movie; Hollywood executives tend to get nervous when asked to spend tens of millions of dollars on a production with a weird, downbeat conclusion.

Two years later, when the cinematic adaptation hit theaters, the ending was changed so that Lecter and Starling don’t run off together; instead, Lecter traps Starling, confesses his (unrequited) love, and then runs off into the darkness as the police close in. Anthony Hopkins returned for his signature role, but Jodie Foster didn’t, replaced by Julianne Moore. Jonathan Demme, who’d directed the first film, also refused to come back, leaving the chair open for Ridley Scott.

In a 2005 interview with Total Film, Foster explained her decision to not star in Hannibal in a particularly circuitous way: “Clarice meant so much to Jonathan [Demme] and I, she really did, and I know it sounds kind of strange to say but there was no way that either of us could really trample on her.” She hated Starling’s fate in the book, in other words, to the point where she was willing to sacrifice what would have surely been an insanely lucrative payday.

But what if the ending of Hannibal (the novel) isn’t a cruel disaster? What if Harris was trying something thematically bold, only for a significant portion of his audience to miss the point?

For starters, the Lecter of Red Dragon and The Silence of the Lambs is utterly different from the one stalking through the pages of Hannibal. The murderous gourmand of the first two novels is an all-seeing Oracle of sorts, despite having spent years trapped in a box; he brags that the world’s smartest psychiatrists seem unable to define him. “Nothing happened to me, Officer Starling,” he says at one point. “I happened. You can’t reduce me to a set of influences. You’ve given up good and evil for behaviorism.”

In Hannibal, however, Lecter is revealed as much a creature of trauma and conditioning as anyone else, his cannibalistic impulses stemming from watching his sister eaten by a roving band of Nazis during World War II. Given such a backstory, and with his choice of prey narrowed to the “free-range rude,” Lecter morphs from the almost Satanic force of the previous novels to a dapper anti-hero with some unusual dietary habits, a serial killer you can root for—that is, until he decides to capture Starling and wipe her consciousness from the face of reality.

Thomas Harris hasn’t given many interviews in the past 40 years, and the few times he’s gone on the record, he’s revealed precious little about his writing process aside from allowing his characters to “decide events according to their natures.” What’s clear from the little information out there, though, is that he’s a very meticulous writer. If he spends two books carefully constructing a particular version of a character, and then uses a third book to undermine the foundations of that character, it’s a deliberate choice, not sloppiness.

Remember that, while millions of readers loved (and continue to love) Starling, the fevered fanbase around Lecter himself has also endured for decades, long before Mads Mikkelsen’s performance in the Hannibal television show redefined the character as an utterly pretentious sex symbol (and the subject of endless memes and gifs). But celebrity has as many downsides for fictional characters as it does for actual people. In the years between The Silence of the Lambs and its sequel, Lecter warped in the heat of the pop-culture firmament, transformed into the subject of jokes, parodies, homages. He was defanged and overexposed, like so many other creatures—Dracula, Frankenstein’s monster, Jason Voorhees.

Harris might have wanted to regrow Lecter’s teeth. In order to do that, the author spends the first two-thirds of “Hannibal” giving the audience exactly what they think they want: The anti-hero who kills anyone who deserves it, who has a plan for getting out of trouble, who lives in a bubble of impeccable taste. Then comes the turn, that moment when the silver dome is lifted to reveal the true nature of the meal: Starling is captured, her mind consumed, and Lecter has done something arguably more chilling than mere murder.

Harris could have gone the predictable route, which would have resulted in a forgettable denouement. Starling dying wouldn’t have provoked quite the same reaction from the audience (although it might have sparked collective rage); Lecter dying would have rendered the book a typical thriller. But in coopting Sterling, Harris produced perhaps the only ending that could trigger that level of repulsion—and reboot Hannibal the character as a figure of fear. It’s a masterpiece, or at least a hard stab at one.

He who sups with the Devil needs a long spoon, to paraphrase Chaucer; if you fall in love with a cannibal, prepare to have your heart eaten out.

The Crime Books of Malta 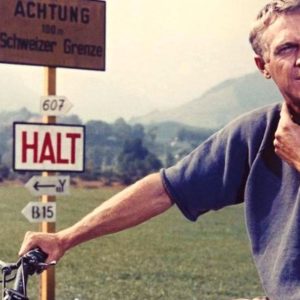 Okay, everyone, it's time to rank Prison Escape Movies. What are the parameters? The criteria for this category seem straightforward,...
© LitHub
Back to top