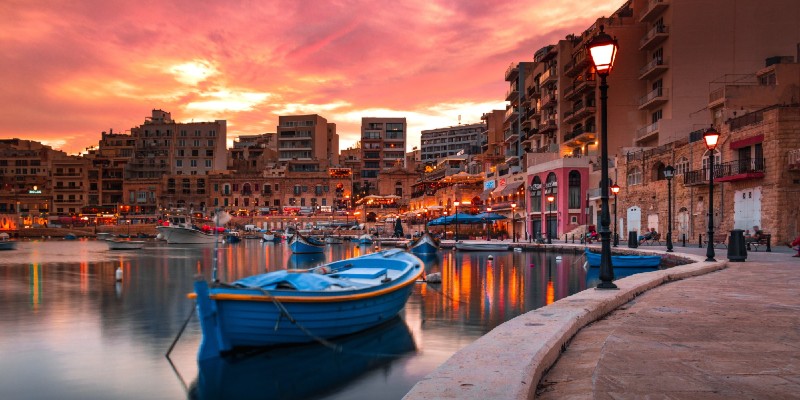 The Crime Books of Malta

At the center of the Mediterranean, a small island nation reckons with invasion, corruption, and organized crime.

Though often described as an island Malta actually comprises three inhabited islands, Malta, Gozo and Comino. Few archipelagos can have been fought over as much—invaded, occupied, bombed and put under siege—than Malta. Phoenicians and Carthaginians, Romans, Greeks, Arabs, the Knights of St John, Normans, Aragonese, French, the British and the Nazis. As so often geography is destiny for Malta, sitting at a crossroads in the Mediterranean equidistant between southern Europe and north Africa. The Maltese language reveals its cosmopolitan history—Maltese borrows from Sicilian, Arabic, a little French influence, and a bit of English thrown in too. Now part of the European Union, Malta’s economy relies on tourism as much as anything these days. The Maltese flag includes the Cross of St George medal, awarded to the entire island by Great Britain’s King George VI for Malta’s resistance to the Nazis in World War Two.

Talking of World War Two, Mark Mills’s The Information Officer (2009) is set in the Summer of 1942 as the people of Malta suffer daily bombing raids by the Nazis. Max Chadwick’s job as the information officer is to ensure the news the islanders receive everyday maintains their morale. When Max is given proof suggesting a British officer is murdering local women in the capital Valletta, he must take on the case and investigate to prevent a collapse of pro-British sentiment on the island that could lose the Mediterranean for the Allies.

Moving to contemporary Malta the author Paul Vincent Lee relocated from (the distinctly colder) Glasgow to Malta and began to writing the locally-set Inspector Thea Spiteri series. In the first book in a trilogy The Maltese Orphans (2014) it is Malta in 2014, and Pulizija (the National Police Force of Malta) Inspector Thea Spiteri is at a crossroads in her life, and career. Then a child’s abduction from a crowded beach gives Thea the opportunity to concentrate her mind on what she does best: solving crimes. Thea returns in The Maltese Dahlia (2015) attempting to get to the bottom of a series of child abductions on Malta. In the final book in the trilogy, The Maltese Hunter (2016) a body is found floating in Malta’s famous Blue Lagoon. To complicate matter Thea finds the CIA on her patch and resonances of a bizarre tale that involves the assassination of JFK.

Roseanne Dingli is a Maltese born author and the country regularly appears in her work. Death in Malta (2012) sees disillusioned and depressed failing writer Gregory Worthington arriving in Malta to sample village life and ending up investigating the disappearance of little Censinu Mifsud, a ten year-old boy who was never found.

A few more crime novels that drop in on Malta:

For readers of true crime there are a number of books dealing with the horrific assassination of Maltese investigative journalist Daphne Caruana Galizia in 2017. Caruana Galizia focused on official corruption in Malta and ties between local gambling interests, organised crime and money laundering. She became internationally known for her linking of senior Maltese politicians with the Panama Papers scandal. In October 2017 Caruana Galizia was killed in a massive car bomb near her home. Since then, and various arrests and trials, a number of books looking both at Caruana Galizia’s life and work, as well as the assassination itself, have been published. These include Carlo Bonini, Manuel Delia and the BBC correspondent John Sweeney’s Murder on the Malta Express: Who killed Daphne Caruana Galizia? (2019). Carlo Bonini, a staff writer at the Italian national daily, La Repubblica, has also written in more depth about Caruana Galizia’s investigative reporting and links between mafia organisations, online gambling businesses and Malta in Murder Island (2020)

There are a few Maltese crime writers that deserve to, but haven’t, been translated into English yet. Local author Mark Camilleri’s novel Prima Facie (2010) is often recommended but unavailable in English unfortunately. Perhaps publishers see Malta as too small to attract much attention but it is a major holiday destination and so much other European crime fiction has been translated surely Malta deserves closer examination.

And, you’ll notice I managed to get to the end without mentioning Dashiell Hammett’s The Maltese Falcon (1930) because, of course, nobody goes to Malta in that book, brilliant as it is. 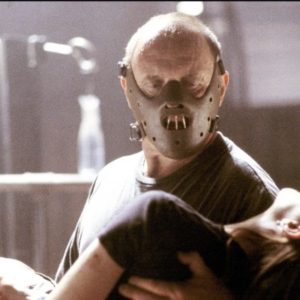 It’s hard to overstate the anticipation that greeted the impending release of the novel Hannibal in 1999. Fans of its prequel,...
© LitHub
Back to top