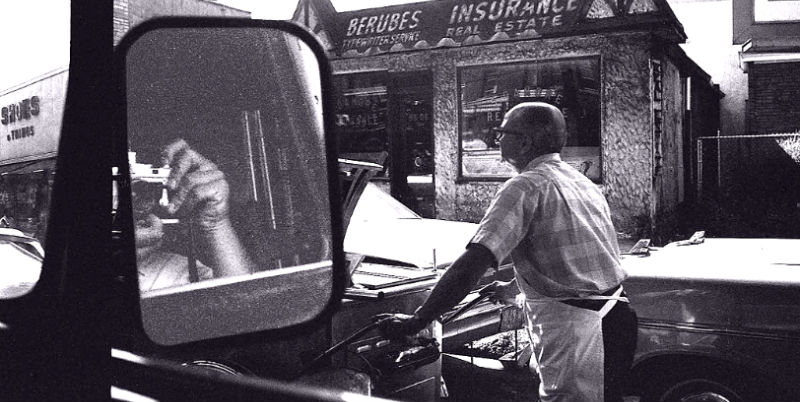 VIA LITTLE, BROWN AND COMPANY

In the summer of 1967, eighteen year-old Queens native Mike Scardino, in need of money for college tuition, began working on a New York City ambulance.

First day on the job and so far, so good. I’ve  been on another couple of calls before—ride-alongs with Pete, the boss, and Jim, one of the drivers. A man with D.T.’s and an elderly woman who died in her sleep, in that order. But today, it’s a full twelve-hour shift, and I’m on for real. I’ve been on since 5:30 a.m., and we haven’t had a single call.

Maybe this won’t be as bad as I thought.

It’s lunchtime now, and we’re dining in the ambulance and we get a radio call in Sunnyside.  It’s a possible DOA. I’m told DOAs always come through like that—as possible. Even when we go there and see the corpse for ourselves, we can only write down Apparent DOA on the pink sheets we use to document calls. Only a licensed MD can officially pronounce someone dead.

I’m told they once got a possible DOA that was a skeleton in a closet in a building being razed on Welfare Island.

I am partnered up with Big Al. I’ve actually known him for a couple of years already, as a customer at Dad’s gas station. He and I are double-parked in the running ambulance near Roosevelt Avenue behind a public school, right up against a Sabrett’s hot-dog cart. Al is running a weenie tab. The hot-dog man is handing them through the open window to Al as fast as he can snuggle them into their warm buns. No sauerkraut, no mustard, nothing that could slow the flow. As far as Big Al is concerned, these dogs are so good they don’t need any enhancements. I agree.

Al is passing me one Sabrett’s for every three he eats, usually in two bites. Al is enormous. Easily over three hundred. I don’t have the nerve to ask him his weight outright. His entire football-shaped torso is hard as a rock, but not in a good way. I often think he wears some sort of support garment, like a corset, that firms him up like that.

Al likes to intimate that he’s connected at a low level—the kind of unmade man that sells watches out of car trunks and other stuff that falls off the trucks. The final link in the wise-guy marketing chain: direct to consumer. Sometimes I wonder if his underlayment might be a bulletproof vest.

The lenses in his specs are as thick as the proverbial Coke-bottle bottoms, and there is almost always the stub of a Palumbo or Di Napoli cigar, made from grade C or D tobacco, sticking out of the corner of his mouth. The kind Clint Eastwood smokes in the  spaghetti westerns. They stink like hell when they’re lit—hence the nickname Guinea Stinkers. I smoke a lot—at least two packs a day—but I’m not eager to try one of those, just yet.

Anyway, Big Al’s girth and the glasses and the cigar, not to mention the fact that he can be as funny as anybody I’ve ever met, combine to give him a sort of zany Merry Mafioso persona.

On a more sobering note, he did tell me once that if I ever wanted anyone taken care of to just let him know. Sure will, Al.

By the time we saddle up and hit the lights, he has inhaled twelve Sabrett’s hot dogs. I have no doubt he could eat twelve more and perhaps twelve more after that. But we have to get going.

We stop near some train tracks. There’s a Long Island Railroad work crew and several patrol cars and some cops and a couple of plainclothes.  It’s hot and I’m starting to regret the four hot dogs I’ve eaten. I’m sweating profusely.

We make our way to a clump of police standing over the possible decedent. I squeeze through to take a look. It’s a young black male, semi-recumbent, head cocked back over a small canvas bag, mouth and eyes wide open, the latter pointed right at the sun. He and his clothes are drenched in perspiration. He’s apparently dead. I enter that information on my pink sheet.

What happened is a mystery. His lunch is beside him: a substantial meatball hero and a large bottle of Coca-Cola. He had only eaten a few bites of the hero and barely touched the Coke. Did he choke. Have a heart attack. Whatever it was, it was something. Pretty sure he wasn’t done in. Even more sure we’ll never know what it was.

A couple of the LIRR guys come by and say this was the guy’s first (and last, one volunteers with a snicker) day on the job, and he seemed like an okay guy and everyone just thought he was taking a brief lunchtime lie-down until he didn’t get up. Well. First day on the job for both of us.

I hope I have better luck than he’s had.

Big Al volunteers that if we want shoes, he can get us anything we want.

Even when we go there and see the corpse for ourselves, we can only write down Apparent DOA on the pink sheets we use to document calls. Only a licensed MD can officially pronounce someone dead.

Al tells me we’re waiting for the crime-scene guys and the ME’s—medical examiner’s—truck. But it turns out we don’t really have to wait. We’re clear to go. Ambulances are for the living. Besides which, with a suspicious death in a public place, they almost never take away a body—that’s for the ME guys.

But we don’t have a call on deck, and the inertia of a really hot day plus a Sabrett’s overload is upon us, so we just kind of hang around. I’m staring blankly at the body when I notice something. One by one, the fattest, brightest bluebottle flies I’ve ever seen are landing on the dead guy’s face and then hopping into his mouth and disappearing down his throat.

This is startling and fascinating—and I guess it more or less proves he didn’t choke. Where are these flies headed. I had expected this, seeing flies (and their wriggly babies) on the dead, but I’m looking at this scene and I’m surprised by the bluebottle flies. I’ve been told that most of the flies one sees on bodies are houseflies, and they like to congregate around the eyes or open wounds to lay their eggs and maybe have a bite or poop and then take off.

I’m standing here, and I find myself counting the blue-green beauties going into the  man’s mouth. Not one is coming out. I am up to thirty, and there are still more taking the plunge. I have no idea how many went down before I got here or started counting. There may well be more than fifty flies in his stomach and esophagus. Maybe even more than that. A hundred. Who knows. 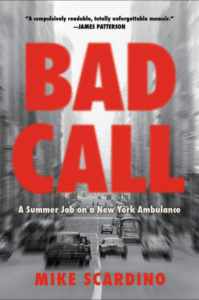 Mike Scardino is a native of Elmhurst, Queens. In order to pay for college, he worked on a New York City ambulance as a teenager, which led to his decision not to pursue medicine as a career. Mike eventually found his way into advertising, where his ambulance experience proved to be an unexpectedly useful fit. He is married to the woman he met his third day at college and has three daughters. He currently resides in South Carolina. 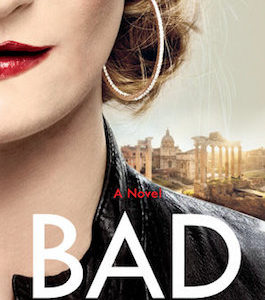 There are eight missed calls and one new email from my mum to Beth. I click into the message and read. From: Mavis Knightly...
© LitHub
Back to top