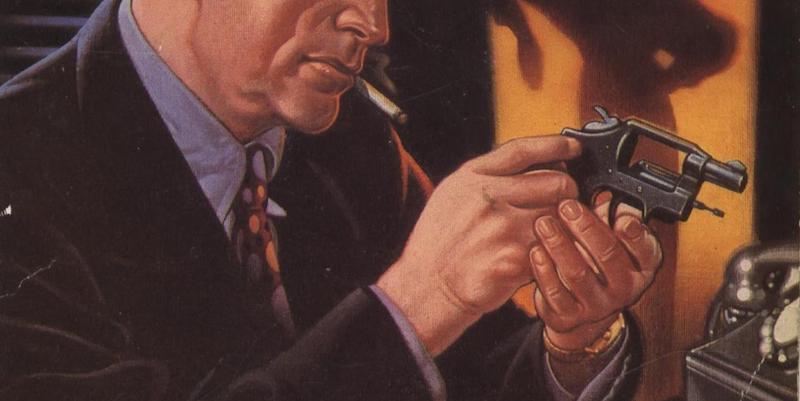 Tips for Aspiring Crime Writers Enthralled by the Classics

Raymond Chandler’s shadow is a long one, especially when it comes to writing crime fiction. A “dame” walks into the peeper’s office. The private dick knocks on the door of a rich client. The PI returns to the case after being fired or paid off by the client—we can trace these iconic scenes back to the early days of crime writing, with Chandler, often by way of Hammett, supplying them. Today it’s difficult to imagine a detective novel without at least an homage to these and other Chandleresque tropes.

What’s a fledgling crime writer to do? How to make It all seem fresh? A few years ago I gave a crime writing workshop at the International Short Story festival in Cork, Ireland. I had come straight from a stretch at the Bodleian Library at Oxford, where I was eyeball deep in Raymond Chandler’s papers (half are there, half are at UCLA). I had been wrestling with these very questions myself, facing the Chandler monolith as I contemplated my own unfinished novel. I felt like an actor who couldn’t get out of character. Thankfully, I didn’t bring a fedora on the trip (they crumple too easily, and who wants to carry a hatbox?) and, possibly thanks to climate change, Oxford and Cork seemed too warm for a trench coat.

I got lucky when I hit Cork. My workshop was attended by a few really slick writers. They were mostly newish at it, but not without chops. None confessed to being a Chandler fanatic, but that doesn’t matter. Chandler is everywhere. I tried to steer them away from P.I. clichés without leaving the genre completely behind.  Aside from the plot tricks there are the iconic similes (“…he was as crazy as a pair of waltzing mice…”) , the “tough” language, the linguistic equilivent of film noir shadow and light. The temptation to fall into Chandleresque lingo is huge. I often “hear” Chandler as I write, like humming a tune you can’t get out of your head. I see this in aspiring crime writers too. Those similes are too much fun, but since Chandler they’ve been done to death. I cautioned against simile fatigue. As we worked together through Chandler’s long shadow and many gifts to the crime writer, I was reminded that sometimes, teaching is as helpful for the teacher as it is for the students.

I have a small set of rules that I try to keep in mind when teaching a workshop (and when working on my own writing). I don’t recite them to the students but I do try to make them part of the strufcture of the class:

First, unless you set your work in the forties, don’t use the diction of classic noir. And if you do set the novel pre or post WWII, be subtle about it. If you sound like a Cain-Hammett-Chandler knockoff the reader will take it as a joke. How many comic novels/stories/comedy sketches have already done that? Not much gas left in that tank.

The trick is to channel the deeper aspects of a Chandler novel without obviously stealing. We want to comment on corruption, crime, and their connection to the human condition within the confines of a ripping good yarn.

The second rule is to read lots of crime (in this case detective) fiction from all periods. Seems obvious, but it can’t be said enough. How does, say, Ross MacDonald handle the “detective approaches a rich client’s mansion” scene? Why is he/she moved to return to a case unpaid? What does your private eye’s office look like? Does it resemble Aimee Ledoux? Spenser’s? If you’re going to use these iconic scenes (and eventually you probably will, since many are essential to detective fiction) you will need to find ways to make them new—and it’s much harder to create something truly new if you have no idea what came before it. Avoiding obviousness is essential in the arts, but it’s also part of the fun. That said, it’s also OK to turn a scene into a hat tip to Chandler or another author you admire, but only if you know it is one and the reader either knows it or doesn’t need to know because the scene is so well written. Steph Cha’s opening to her 2013 novel Follow Her Home is a good example of such a hat tip: “It was about ten o’clock on a Friday in mid-July, the Los Angeles night warm and dry, the only wind rising from the woosh and zoom of traffic on Rossmore. I was wearing a slinky black dress…I was everything a half-employed twentysomething should be on the sober end of a Friday night.” Chandler fans will immediately get the reference, but either way it’s a fine opening. One that is surely the product of a mind well-versed in Chandler. So, read!

The third rule deals with the age-old and often boring “write what you know” controversy. I think lots of new writers are intimidated by that. If you aren’t ex or current law enforcement how do you write a convincing crime novel? There’s a simple answer, and I’ll use the phrase whenever I have the opportunity to teach a workshop: write as if you know. This is, admittedly, easier said than done. Sometimes it involves research, sometimes a small dose of hubris. Well, call it confidence. Chandler never worked as a private dick, and it’s possible that he wasn’t even acquainted with one. He mostly learned second hand, by reading the pulps (especially Gardner and Hammett) and writing and rewriting short fiction. He did know his adopted city, and he could write like a man possessed. He highlighted his strong points and burlesqued (Chandler’s term) the rest.

The trick is to channel the deeper aspects of a Chandler novel without obviously stealing. We want to comment on corruption, crime, and their connection to the human condition within the confines of a ripping good yarn. We want to get that lonely, slightly squalid “noir” feeling that we admire in the fiction and films that came out of Chandler and his times. Easier said than done, I know, but by stealing a little from Chandler, mixing in other influences, and doing a little research you’ll come up with a recipe to cook up an effective crime novel.

Owen Hill was born and raised in an industrial suburb of Los Angeles. He knocked around a fair bit-- baggage service at LAX, union rep, warehouse drone, janitor, “paid” political volunteer, ice cream maker—and other forms of boredom (as a poet said) advertised as poetry. He landed in the Bay Area where he worked in several bookstores, finally settling into Moe’s in Berkeley as a buyer and events coordinator. He is an editor of the new collection The Annotated Big Sleep. 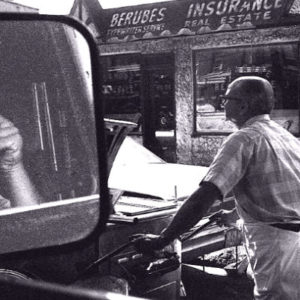 In the summer of 1967, eighteen year-old Queens native Mike Scardino, in need of money for college tuition, began working...
© LitHub
Back to top