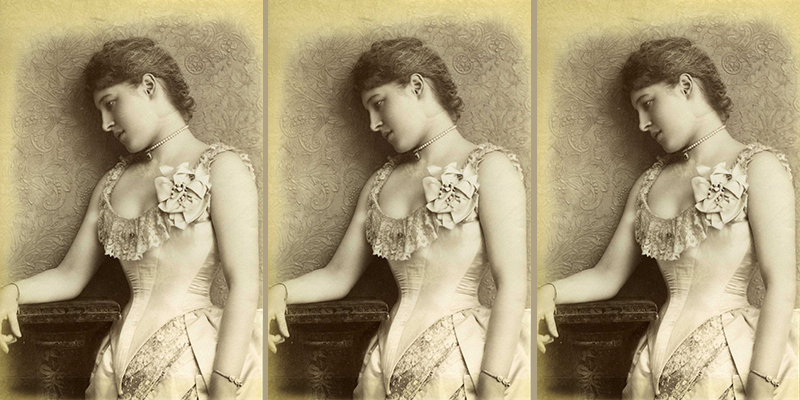 On the rise of the "Professional Beauty"

Professional Beauty, It girl, celebutante, influencer: women who are famous for…well, for being famous. Women who are products of their age, with lives based on the sweet spot of looks, status, and technology—Kim Kardashian’s internet, Paris Hilton’s reality tv show, Clara Bow with the silver screen, and Lillie Langtry the cabinet photograph.

The Professional Beauty, the Victorian era’s media influencer, was well-born, well-married, beautiful, and respectably behaved (or respectably enough). These were also women loved by that new invention, the camera, for it was the camera that made them—not just the lens, but the printing technology that eased mass-produced images. The Illustrated London News delivered information and gossip to every middle-class household in England. Toward the end of the 19th century, engraved illustrations gave way to excitingly realistic photographs. At the same time, images on card stock became a fad that allowed ordinary people to treasure the Eiffel Tower, or adorable kittens, or Sara Bernhardt in costume.  Tentatively at first, then with greater enthusiasm, inexpensive prints of charming, elaborately clothed-and-coiffed socialites began to appear in stationers’ windows up and down the land—and the Professional Beauty was born.

First among them, for a time, was Lillie Langtry.  Only daughter to the Dean of Jersey and educated by her brothers’ tutor (which was unusual, for a girl), Lillie’s sharp wit, her nineteenth-century figure, and her violet eyes served her well. She married a rich widower at the age of twenty and went to London, where artist Frank Miles demanded to paint her portrait. Dinner invitations followed, and more painters. She was discovered by the Marlborough set, caught the eye of the Prince of Wales, and soon became one of the indispensable Beauties whose presence at a party guaranteed success.

But her broader fame, the thing that had fans lined up to catch a glimpse of this Jersey Lily, came with the photographs.  No paparazzi snapshots, these, but posed studio portraits displaying her splendid figure, her sumptuous clothing, her lovely face, and her intriguingly pale eyes.

Cabinet photographs were the celebrity Instagram of the 1880s. Displayed in store windows, sold by the thousands, propped up on mantels and desktops as if they were members of the family, photographs of society’s Beauties were treasured and traded and pored over as much as any film magazine or Insta feed. In elaborate costume or a simple dress, posed before a painted theatrical set or at an ordinary desk, these were cardboard doors into all kinds of fantasy lives.

These were not French-postcard nudes. There was little saucy or salacious about the Professional Beauty’s cardstock image. The sex these postcards sold was respectable and Victorian—which left a lot of room for play and pleasure, but only under a tight set of complex rules.

For one thing, Professional Beauties were for the most part married, though admittedly, some more than once. A single woman whose picture graced a shop window would be instantly shunned as an actress or a foreigner. Even outside of shops, a woman’s single status was expected to be temporary. Beauty, charm, and family riches would get a girl two or possibly three Seasons with invitations to the Right Kind of parties, but after that, eyes would be cast askance. What was wrong with her? Worse—what was she after?

But once a Victorian woman wed—and particularly once she had produced two sons who resembled her husband—she had considerably more freedom. Weekend parties saw a lot of tip-toeing through dark corridors, and the sensible hostess arranged her guests accordingly.  Behavior that would have been outrageous in a girl was condoned as matronly high spirits. If a married woman happened to make money, through a hat shop or race-horse, it was a happy accident, not a way to pay the rent. And if a lady posed for a commercial photographer—well, how different was that from sitting for one’s portrait in the Summer Exhibition?

During the years Sherlock Holmes lived in Baker Street, photographs of professional beauties like Lady Randolph Churchill, Mrs. Patrick Campbell, and Mrs. Langtry were in shops all over Britain. Even Sara Bernhardt, though both an actress—hence of dubious morals—and the daughter of a top Parisian courtesan, edged into relative respectability, either because she was French and Things Were Different There, or because the Prince of Wales cherished her, and Society loved him.

Fame wasn’t money, then or now, and six changes of clothing a day didn’t come cheap.

However, fame wasn’t money, then or now, and six changes of clothing a day didn’t come cheap. It wasn’t long before these women—less educated than their brothers, maybe, but far from stupid—figured out ways to monetize the brand. Their portraits began to adorn discreet adverts for respectable products—Pears Soap built its image for purity around a series of Professional Beauties, as did various “complexion wafers” and health tonics. Even the stage was permitted, if a woman was high-born and well-married enough to make acting seem a hobby rather than a profession.

Some of these women became very wealthy indeed, turning admirers’ gifts into real estate and baubles into bank accounts. But where there’s money, there will be crime. (I speak of crime inflicted on them, rather than by them: the pretty scam artist is a topic for another day.) Clever or no, the Professional Beauty could be “a stray chicken in a world of foxes” (as Sherlock Holmes muses about Lady Frances Carfax.)

That crime followed the Professional Beauties should be no surprise to a modern reader. Remember the “Bling Ring” of 2008, that picked its target by the dumbest celebrity it could think of?  When they went to Paris Hilton’s home, they not only found the front door unlocked (rather confirming their choice) but ended up returning five times before they were caught.

And of course, Kim Kardashian, our own 21st century Lillie Langtry, who posted Instagram selfies showing her new $4 million diamond ring and matching mouth-grill, and a few days later was unfortunate enough to be in her hotel room when gunmen broke in and stole $7 million in jewelry.

Women with lives based on being visible to the public always run the danger of harassment, threat, and outright assault.  The “It girl,” Clara Bow, was first robbed blind by her secretary, then ruined in court by the woman’s spicy revelations. Lillie Langtry’s strong-box filled with diamond-and-gemstone tiaras, necklaces, and bracelets was fraudulently signed out of her bank and disappeared. The jewels were worth the equivalent of $1.3 million dollars today.

Lady Randolph Churchill, the American wife of the Duke of Marlborough’s third son and mother of Winston, lost both jewelry and personal dignity when burglars stole, among other things, a gold seal and paper-knife inscribed “From King Edward to Lady Randolph Churchill,” a gold box in the shape of a cat engraved “From George to Pussie,” and a locket with the faces of her two sons. This was followed by the humiliation of having her personal possessions written up in the newspapers, for the eyes of the reading public.

Then there was the ever-present danger of blackmail, the crime of Conan Doyle’s “Charles Augustus Milverton.”  In the story, Sherlock Holmes and Dr Watson watch aghast as a woman empties a revolver into an infamous blackmailer, and flees. Some hours later, Holmes realizes where he has seen the woman’s face:

We were in the middle of our lunch, when he suddenly sprang to his feet. “By Jove, Watson, I’ve got it!” he cried. “Take your hat! Come with me!” He hurried at his top speed down Baker Street and along Oxford Street, until we had almost reached Regent Circus. Here, on the left hand, there stands a shop window filled with photographs of the celebrities and beauties of the day. Holmes’s eyes fixed themselves upon one of them, and following his gaze I saw the picture of a regal and stately lady in Court dress, with a high diamond tiara upon her noble head. I looked at that delicately curved nose, at the marked eyebrows, at the straight mouth, and the strong little chin beneath it. Then I caught my breath as I read the time-honored title of the great nobleman and statesman whose wife she had been. My eyes met those of Holmes, and he put his finger to his lips as we turned away from the window.

We can only speculate which real-life Professional Beauties—Victorian or modern—felt the cold touch of the blackmailer.

Or, indeed, if any of them followed the example of Holmes’ noble lady, and took the matter into her own pampered hands. When it comes to Lillie Langtry, though, not much would surprise me.

Seven Thrillers About Identity and Reinvention 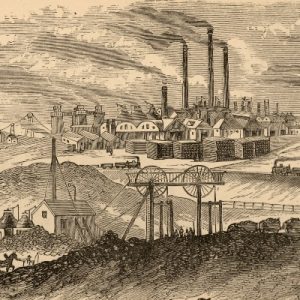 The most popular form of detective fiction throughout most of the 19th century was the short story published in various periodicals...
© LitHub
Back to top