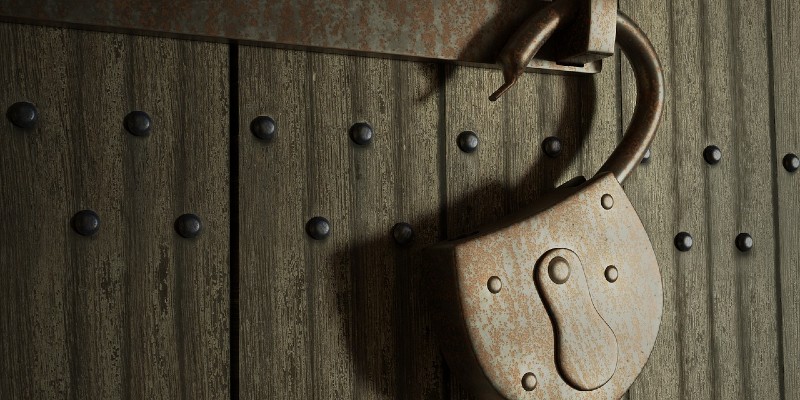 An author who had quite deliberately kept detectives and police out of her novels finally lets one in.

Between the ages of twelve and thirteen I read the entire Agatha Christie oeuvre in under a year. They were like crack for me, my first addiction, I couldn’t get enough of them. I read four a week, under the bedcovers, by torchlight. Then I discovered indie music and that became my next obsession and I forgot about reading books entirely.

I rediscovered reading in my early twenties when I read widely and eclectically, but oddly, given my earlier predilection for Agatha Christie’s detective novels, one thing I did not read was crime. I did not read Raymond Chandler, PD James, Ruth Rendell, Patricia Cornell, Patricia Highsmith or Elmore Leonard. I did not read Lee Child, Val McDermid or Ian Rankin. I was not familiar with Inspector Morse, Jack Reacher, John Rebus, Adam Dalgleish nor Vic Warshawski. The only literary detective I have read over the years, and purely by accidental dint of the fact that I was reading the author’s literary novels before she moved across to her detective series, was Kate Atkinson’s Jackson Brodie.

There is a certain commitment involved in becoming loyal to a literary detective or investigator, a certain element of fandom that makes you want to keep returning to the world of a man or woman whose foibles, tics, traumas, habits and techniques you have become familiar with over a thousand or more pages. It’s not a commitment that I have wanted to make and I am aware that as a crime writer, this a something of a failing.

A Facebook Book Group of which I am a member had long been extolling the virtues of MW Craven’s Washington Poe detective series and to try to rectify my lack of experience of reading detective novels, I decided that I would order the whole series and read it one fell swoop. That was two years again and to this day the series sits unread on my reading pile, mentally filed away in my ‘books I intend to read when I retire and all I do all day is read’ folder while I return to my teetering pile of standalones.

My taste in fiction is tilted more towards psychological thrillers, where all the drama, all the tension, all the terror is filtered through criminal and victim, where the criminal may not be murderer but a stalker or an abuser, where the victim may not be dead body, but a living breathing human being who feels under threat in some way, where there is no third party in charge and the players have to resolve the stories by themselves.

Not only have I failed to read any detective novels since I was thirteen, but in my own writing I have assiduously avoided creating any sort of official police or private detectives. This isn’t because of any personal vendetta against detectives, but simply because I have been too lazy to read the book I bought myself when I started writing crime about ten years ago called The Crime Writers’ Guide to Police Practice and Procedure, which is still sitting on my bookshelves covered in a fine layer of dust. I did read the first page and then stopped. Too much to learn! Too difficult! I decided that it would be easier simply to write crime without detectives, and consequently most of my crime novels use civilian characters to solve the crimes whilst the police bumble around vaguely in the background, being too slow, too underfunded, or too late to the scene to do anything effective.

But in my latest book, The Family Remains, something strange happened. He came from nowhere, my first detective. DC Samuel Owusu was meant to appear fleetingly in the prologue, alongside his colleague DI Saffron Brown. They were meant to find some bones, identify the bones and then disappear through a back door somewhere leaving my characters to do the rest of the work. But Samuel just sort of stuck around and demanded that I work alongside him as he cracked the case.

I still had no knowledge of police procedure and no desire to acquire any, so I wrote him with a very light touch, using the bare basics that I have gleaned over a lifetime of watching police dramas, avoiding anything that might require more depth.  I focused down deep into his brain and stayed there. He was too busy thinking about clues and visual tics and tells to spend any time filling in paperwork or having acronym packed conversations with colleagues. He was too in-the-moment for a complicated back story or bad habits. He was too pure for professional skulduggery, rule breaking or inappropriateness. I boiled him down to the purest essence of detective. A brain on legs. A genial sweetheart with a laser eye for detail and the patience of a saint. I have no idea if any such detective exists anywhere in the world, I just know that if I ever needed someone to crack a case on my behalf, I would love it to be a real-life Samuel Owusu. And yes, I might bring him back for round two. And who knows after that, maybe a series. But first I really do need to get around to reading somebody else’s. 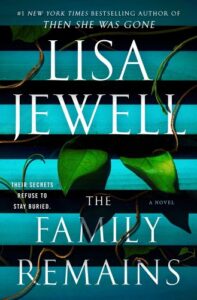 Lisa Jewell is the #1 New York Times bestselling author of nineteen novels, including The Family Upstairs and Then She Was Gone, as well as Invisible Girl and Watching You. Her novels have sold over 10 million copies internationally, and her work has also been translated into twenty-nine languages. Connect with her on Twitter @LisaJewellUK, on Instagram @LisaJewellUK, and on Facebook @LisaJewellOfficial. 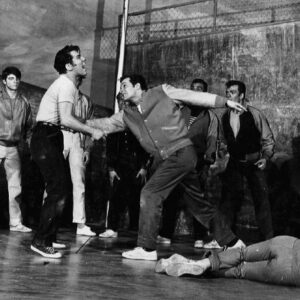 Musical theater and crime aren’t typically thought of as concepts that go hand-in-hand, outside of dad jokes about Broadway...
© LitHub
Back to top