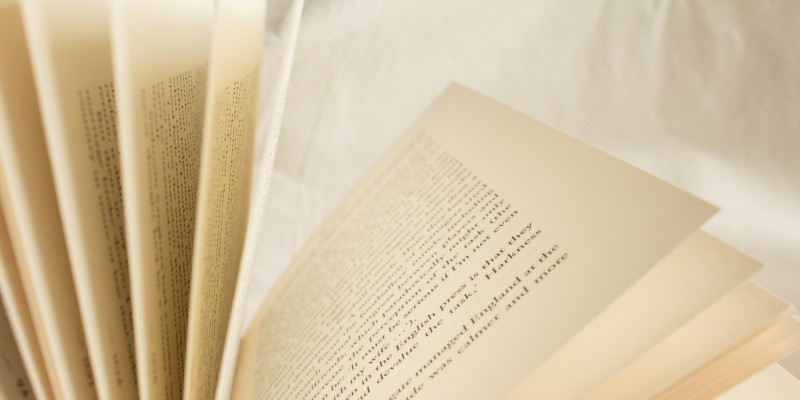 Dancing at the Edge of Crime

Defining genre is a notoriously dirty business, and no genre is murkier than literary fiction. Any attempt to pin down this slippery creature will naturally descend into mudslinging, no matter the intentions of the intrepid definer—the very name ‘literary fiction’ implies a smug, little jibe.

Whereas the ‘crime’ in ‘literary crime’, of course, is easy enough. A reader must find at least one crime within the book’s pages. And it’s likely that this reader will encounter said crime in one of the ways they have previously encountered fictional crimes—through mystery and suspense, through red herrings, jaded detectives, the uncovering of clues. Whether it begins with a dead body or a missing diamond, the reader knows, by the time they turn the penultimate page, that the perpetrator’s identity will have been revealed. Genre isn’t merely a collection of tropes or devices—it’s the shape of the reader’s expectations.

What does a reader expect from literary fiction? Attention paid to language, character, place, often at the price of plot. Beyond that, the reader is told to discard their expectations. This is the space for experimentation. But experimentation can’t be expected. The reader can expect to shed that expectation too.

Does this make ‘literary crime’ an oxymoron? Might the ‘literary’ sully our neat definition of ‘crime’? Not quite. The reader will pick up a work of literary crime with all of their crime expectations—red herrings, diamonds, detectives, and clues—but know they may well be subverted. (Which is, yes, an expectation itself.)

Apart from one stubborn, inflexible expectation, that is: there must be a crime (or, at least, some discussion of crime, crime-solving, or the criminal world). The reader can’t, however, demand answers to any questions raised by said crime. They can’t demand the author arrive at answers post-haste, without deviation from plot into character or place. They can’t demand, even, that this plot make sense. The ‘literary’, as we know, is a slippery creature.

And so, a reader might ask: why go to the trouble? Because that reader might want a book containing all the intrigue of crime, with all of literary fiction’s emphasis on language and character. All of crime’s rich tropes and conventions, with all of literary fiction’s sabotage. For a book which asks the reader to turn its pages quickly, then flip back again so a passage can be read at leisure, or to admire a precious turn of phrase. Which is not to say that crime writing alone doesn’t achieve these things—merely that it doesn’t have to. (It’s the shape of expectations, not a mudslinging match.)

As always, examples best illustrate the point. And here, I won’t restrict myself to fiction, not least because true crime has much to teach the crime novelist. As Robert Louis Stevenson once wrote, the ‘art of narrative’ remains the same whether applied to real or imagined events.

I first became a reader of literary crime through nonfiction—with In Cold Blood, Truman Capote’s investigative exploration of the murder of the Clutter family in small-town Kansas. Capote’s 1959 work is a straightforward example of what we might call literary crime, in its keen sense of place and exacting prose. ‘The village of Holcomb,’ so the book begins, ‘stands on the high wheat plains of western Kansas, a lonesome area that other Kansans call ‘out there’.” We might ascribe literariness to its innovative form, too, as the first great ‘nonfiction novel’—in which journalistic investigation is woven into narrative, creatively embroidered with flourishes of fiction here and there (invented conversation, imagined scenes).

The characters Capote conjures also imbue In Cold Blood with literary flair (and they are characters if this is non-fiction novel, no matter how faithful to their real-life namesakes)—in the close analysis of the murderers, Dick Hickock and Perry Smith; in the portrait Capote paints of the Clutters’ domestic life.

If careful attention to place and character is central to a reader’s expectations of literary fiction, then our list of literary crime examples can swell: the work of Daphne du Maurier, Patricia Highsmith, Donna Tartt; or, more recently, Leila Slimani’s The Perfect Nanny and Oyinkan Braithwaite’s My Sister, the Serial Killer. Each of these novelists master suspenseful plotting in their explorations of murder and motive, but the true narrative drive of their writing comes from psychological development and voice, as well as the mutations and disruptions of relationships.

Maggie Nelson’s The Red Parts similarly pulses with psychological development—but it’s an exploration, here, of the author’s own thoughts and feelings. Nelson’s aunt, Jane Mixer, was murdered in 1969; 35 years later, the case is reopened and a suspect is charged—The Red Parts is Nelson’s personal account of the trial. But it is, moreover, an exploration of our fascination with murder, the media’s obsession with the deaths of pretty, white, young women, and a consideration of justice, family histories, grief, and autobiography too. Ambitious in scope, experimental in form, lyrical in prose, Nelson’s work also slips into our conception of literary crime.

Fernanda Melchor’s Hurricane Season (translated into English by Sophie Hughes) does as well—and much for the same reasons. But where Nelson ponders her subject matter in measured prose (‘If I can make my language flat enough, exact enough, if I can rinse each sentence clean enough, like washing a stone over and over again in river water,’ she writes, on dulling the emotional toll of the task she has set herself), Melchor’s novel explodes with emotion. Poetic, yes, but in a furious rhythm—a burning, a hurtling, a spitting.

Hurricane Season opens with the discovery of a woman’s body, ‘the Witch’, in La Matosa, a Mexican village. In eight chapters, each comprising only one paragraph block, Melchor crashes through the history of the Witch and the village—a violent history, shaped by poverty and capitalism, touched by superstition and mythology, saturated with misogyny, homophobia, corruption. A ‘whydunit’, in the terminology of crime, but literary fiction by any metric.

And if literary crime can claim Hurricane Seasons, let it claim Tail of the Blue Bird by Nii Ayikwei Parkes too, another tale of a village (this time Sonokrom in rural Ghana). Folkloric, a magical realist tale, but this is a detective story no less—beginning with the alleged discovery of human remains in the hut of a missing man, relayed in Twi (the local language), pidgin, and English. Exciting both in its literary experimentation and in the twists of the investigation.

Not that a work of literary crime needs a full investigation to propel the reader, nor a mystery resolved. The hint of either can be enough to ignite the reader’s curiosity—think of postmodernist mysteries like Paul Auster’s The New York Trilogy, The Magus by John Fowles, or Haruki Murakami’s A Wild Sheep Chase. Novels in which ambiguity reigns supreme and the central questions asked are not ‘whodunit?’ or ‘whydunit?’ but simply a philosophical ‘why?’.

In his interview with The Paris Review, Murakami discussed his love of crime novels—authors of hardboiled detective fiction like Raymond Chandler and Ross Macdonald, as well as Dostoevsky and Kafka (yet more names for literary crime to claim)—but explained that he didn’t care to know who the murderer was. ‘Conclusion means nothing at all,’ he concluded. The metaphysical mystery, at its heart, encompasses all of life’s ‘impossible search for meaning’.

This is literary crime at its essence: literary fiction which plays with crime, which explores it and exploits it to other ends; writing which dances at the edge of the genre, twirls and flips the tropes. And with the speed of the movement, perhaps the dancers blur together, perhaps we catch a glimpse of each figure, here and there, but can’t quite pick them apart in any one moment, and perhaps it doesn’t matter at all. Perhaps that’s the beauty of it. 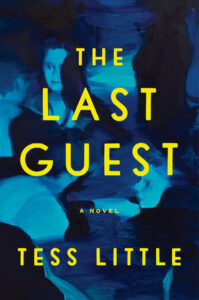 Tess Little is a writer and historian. She was born in Norwich, Norfolk, and studied history at Oxford and Cambridge. At the age of twenty-two, she was elected as a fellow of All Souls College, University of Oxford, where she completed a doctorate on 1970s feminist activism in the UK, France, and the United States. Her short stories and nonfiction have appeared in Words and Women: Two, The Mays Anthology, The Belleville Park Pages, and The White Review, and on posters outside a London tube station. The Last Guest is her first novel. 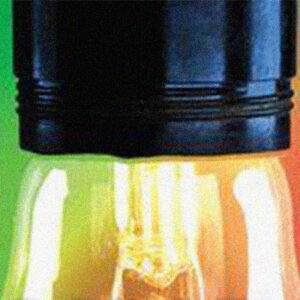 The CrimeReads editors pick the month’s best new books out in paperback.  * Marie Benedict, The...
© LitHub
Back to top