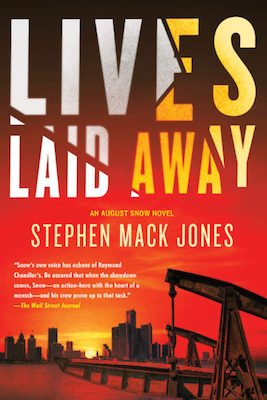 The following is an exclusive excerpt from Lives Laid Away, by Stephen Mack Jones. Lives Laid Away is the second to feature Jones' series protagonist August Snow as he continues to fight injustice and stand up for the underdog in Detroit. In this latest, Snow comes up against ICE in a powerful novel for our times. Trigger warning: the following passage contains discussion of sexual violence.

Marie Antoinette took a header off the Ambassador Bridge this past Sunday.

The infamous seventeenth-century French queen, Archduchess of Austria and wife of King Louis XVI, had narrowly missed the bow of the lake freighter Norquist-Jannak, its twenty-two-ton break-bulk cargo of iron ore five days out from the Port of Duluth-Superior.

Reaching a terminal velocity of seventy-three miles per hour, Her Majesty the Queen slammed powdered wig-first into the steel-grey channeled waters of the Detroit River. The concussive impact snapped her neck, fractured her right orbital and dislodged the eye from its socket. The Norquist-Jannak’s giant propellers churned the queen under for a bit, catching the hem of her ornate gown, unspooling layers of petticoats but sparing her the indignity of being sliced into bloody chunks.

The bridge had been backed up that day. Nothing new; over a quarter of the merchandise traded between the US and Canada crosses over the Ambassador Bridge, which connects Detroit to Windsor, Ontario. The nearly hundred-year-old structure is constantly choked by trucks laden with goods.

Congested as the decaying bridge was, the only eye-witnesses were the usual unreliable ones. No one could recall seeing the seventeenth-century French queen get out of coach, carriage, van, or car, except one witness who swore Madame Déficit had emerged from a blue Toyota Camry and entered the US dutyfree shop, presumably to buy cake and champagne. No such car was found and neither the US nor Canada’s duty-free shop’s closed-circuit security camera had recorded an ornately dressed French queen entering or leaving the premises.

No one from the bridge management company, US Border Patrol, Coast Guard or Homeland Security had anything official or unofficial to say about Ms. Antoinette. Bridge video and lane photo surveillance on both sides—equipment rumored to be the same age as the cameras Charlie Chaplin used to film City Lights—had yet to reveal the queen’s point of origin or provide a clue as to her motivations.

Word was whoever delivered the queen to her final destination had a stolen Nexus pass, allowing them to quickly enter and exit the US and Canada. Maybe the guard was more engaged in finding a four-letter word for “rodomontade” than checking out his two-hundredth vehicle for the day.

A young black woman who worked in a five-by-five toll booth on the American side apparently busted out laughing when interviewed by a couple of Detroit cops. They’d given her a description of the woman and asked if she remembered such a person.

Until yesterday, it had not been determined whether the queen’s demise was in the legal province of the US or Canada. The Windsor and Detroit police departments had cooperated fully with each other, and with Homeland Security, the FBI and the Canadian Security Intelligence Service. Eventually, the Windsor Police Department’s considerable lack of resources and eagerness to blame Detroit for all North American crime precipitated the conclusion that the dead queen was in American jurisdiction.

“Jesus, Bobby,” I finally said. “Coroners have the best stories.”

Actually, I was the one enjoying the pizza. Bobby, lost in thought after relaying the story of Marie Antoinette, picked at the antipasto salad.

“It’s not funny, August,” Bobby said. “I did the work-up on the girl. She was eighteen, nineteen tops. Can’t tell because nobody can find anything on her: no dental records, nothing in AFIS. Like she never existed!” Bobby flopped back against the padded seat of our booth. “I’m having an acquaintance go over the girl’s costume. She’s at U of M, my friend. A forensic fiber and fabric specialist.”

“Somebody actually majored in that?”

“Works mostly with archeologists.” Bobby was still twirling the same piece of salami on his fork that he’d been twirling for the past five minutes. “Auction houses establishing authenticity and provenance. Some police consulting work.”

I took a sip of my lemon water. “I take it everybody wants this one closed out fast?”

Marie Antoinette took a header off the Ambassador Bridge this past Sunday.

Bobby was quiet for a moment, stirring his iced tea with his straw. Then he looked at me and said, “By ‘everybody’ I’m guessing you mean your old DPD comrades in arms. Jesus, August—it’s not what it was after you were fired. After your trial. They made cuts through the bone and into the marrow. I mean if I hadn’t agreed to an eight-percent salary cut, I’d have been God-only-knows where. They could hire a hundred new beat cops and forty detectives tomorrow and still be short staffed. It’s a mess, August. And the bean counters are scrutinizing each bean as if it were the last. So, yeah—everybody wants this one closed out fast. Some freak chick that got too high and topped herself.”

Bobby said, “I’ve seen enough bodies to populate a city. Tag it and bag it, slice and dice. Dictate notes. Go to lunch. That’s my day.” He paused, drew in a ragged breath of air. “Sometimes— you see a body and you want to know their story. This may sound stupid—but sometimes I can—feel—these people—this girl—wanting me to tell their story.”

Bobby took a minute to eat some of the salad and a small piece of the pizza. Then he tossed his napkin on the table and stared at it for a long moment. Lifting his eyes to me he said, “She was raped. Systematically. Repeatedly. Vaginally and anally. Three different semen samples in her stomach. Degraded by river water forced in her system on impact.” He fell silent, then barked out a laugh.

With tragicomic timing, our waitress stopped at our table and asked if everything was all right. I said we’d take the check and could we have a couple carryout boxes.

Bobby and I were quiet after she left.

Then he said, “Fucking hell, August, I’m still cataloging the drugs that were in her: methamphetamines, MDMA, traces of hallucinogens.” He smiled suddenly, a malevolent half-smile.

“You were a sniper, right? Afghanistan?”

“Yeah,” I said, uncomfortable with the darkening path our conversation was taking.

“Me?” Bobby said. “Army intelligence. Iraq and Afghanistan. I, uh, assisted with some . . . unique interrogation methods on enemy combatants. One of the favorites was the Rollercoaster. Barbiturate injection in one arm—five minutes later, amphetamine injection in the other arm. One minute, you’re out cold, the next—boom!—shocked awake, heart racing, flop sweat. Four of those and an enemy combatant would confess to the Kennedy assassination. Or his heart would pop like a needle to a balloon.”

“Why you telling me this, Bobby?”

“Because I think that’s what they—whoever ‘they’ are—did to this girl,” Bobby said. “Put her on the Rollercoaster. Whoever did this, she was their fucking plaything. She wasn’t human to them. She was a chew bone to a pack of Rottweilers.”

“What the hell was she doing on the Ambassador Bridge?” I said.

“You’re the detective,” Bobby said. “You tell me.”

“Maybe she was being transported,” I heard myself say. “Another location. Another party. Risky considering bridge security even at its crappiest. Could be whoever was moving her—if you go with that scenario—had a Nexus card; no stops, straight through. Didn’t expect a traffic jam. Maybe she escaped. Or they ditched her. Somebody having suffered that much abuse with that many drugs in their system—maybe she was susceptible to a suggestion of suicide. Get rid of a problem without straight up first-degree.”

He reached into his suit coat pocket and pulled out a sheet of paper folded into quarters. Unfolding it, he positioned it in front of me: the girl on a slab, pristine white sheet covering her from the chest down.

I turned the photo face down, not wanting our waitress or other patrons to see it. Not wanting Bobby to look at it and worry about his eighteen-year-old daughter, Miko, some seven hundred miles away in Boston at the Berklee College of Music.

I refolded the grim photo and reluctantly slipped it in my pants pocket.

“I’m too old for promises,” Bobby said. “I just need somebody to make a goddamn effort.”

Our congenial waitress brought our check and a couple carry-out boxes. Smiling up at her, I said, “For medicinal purposes, I think we could use two Founders Porter beers.”

Why Regency England Is the Perfect Setting for Mystery 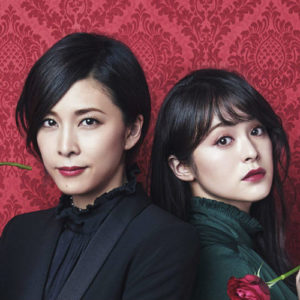 The Year in Sherlockiana At this festive season of the year, what can give better cheer to a mystery lover than reflection on the myriad new incarnations...
© LitHub
Back to top