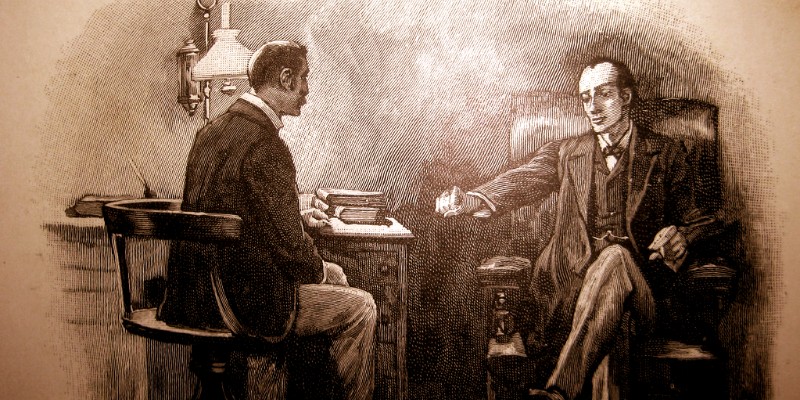 Living Your Life One Sherlock Holmes Quote at a Time

A week in November, according to Arthur Conan Doyle

The following entries are drawn from The Daily Sherlock Holmes: A Year of Quotes from the Case-Book of the World’s Greatest Detective, a day-by-day calendar of quotes from the case-books of literature’s most famous detective. 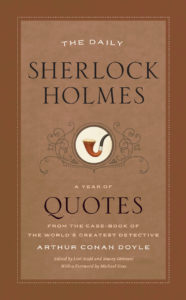 “It was a wild night. The wind was howling outside,
and the rain was beating and splashing against the
windows. Suddenly, amidst all of the hubbub of the
gale, there burst forth the wild scream of a terrified
woman.”—Helen Stoner
“The Adventure of the Speckled Band” (1892)

“Do not think of revenge, or anything of the sort, at present. I think that we may gain that by means of the law; but we have our web to weave, while theirs is already woven.”

“You are sure that she has not sent it yet?”

“Because she has said that she would send it on the day when the betrothal was publicly proclaimed. That will be next Monday.”

“Oh, then we have three days yet,” said Holmes, with a yawn.

“Run down, my dear fellow, and open the door, for all virtuous folk have been long in bed.”

“Circumstantial evidence is a very tricky thing,” answered Holmes, thoughtfully. “It may seem to point very straight to one thing, but if you shift your own point of view a little, you may find it pointing in an equally uncompromising manner to something entirely different.”

“Recognizing, as I do, that you are the second highest expert in Europe—”

“Indeed, sir! May I inquire who has the honour to be the first?” asked Holmes with some asperity.

“To the man of precisely scientific mind the work of Monsieur Bertillon must always appeal strongly.”

“Then had you not better consult him?”

“I said, sir, to the precisely scientific mind. But as a practical man of affairs it is acknowledged that you stand alone. I trust, sir, that I have not inadvertently—”

“The affair seems absurdly trifling, and yet I dare call nothing trivial when I reflect that some of my most classic cases have had the least promising commencement. You will remember, Watson, how the dreadful business of the Abernetty family was first brought to my notice by the depth which the parsley had sunk into the butter upon a hot day.”

“As a rule, when I have heard some slight indication of the course of events, I am able to guide myself by the thousands of other similar cases which occur to my memory. In the present instance I am forced to admit that the facts are, to the best of my belief, unique.”

The Daily Sherlock Holmes: A Year of Quotes from the Case-Book of the World’s Greatest Detective, edited by Levi Stahl and Stacey Shintani, with a Foreword by Michael Sims, published by the University of Chicago Press, is now available.

Everything You Need to Know About the World of Watchmen, HBO’s New Crime Drama 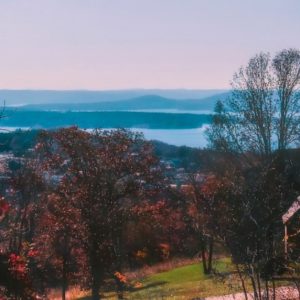 When I first started reading crime fiction as a teenager, I loved the stuff that took place in a world far away from the Ozark...
© LitHub
Back to top