Can We Still Think of Them as Feminists?

Whether you first meet Smilla Jaspersen in Peter Hoeg’s 1992 novel or in the faithful 1997 film adaptation of Smilla’s Sense of Snow, she is not what one would term “social.” She has no time for children, enjoys reading mathematical textbooks alone in her own apartment, and is already an eyeroll ahead of any catcalls. She is, in a word, independent. As the story progresses, she becomes reluctantly more social when her eight-year-old neighbor, fleeing his alcoholic home life a floor below, insists on a safe space. When this same neighbor ends up dead after falling from the roof of their apartment building, Smilla rejects the official explanation that he fell to his death after playing on the roof. As a professional who studies different types of snow, she can tell that the slushy track marks on the roof indicate a fearful child who was running for his life. To find the child’s killer, Smilla must push past the conventional societal boundaries she had previously avoided altogether, exposing corruption, lies, and cover-ups: and thus, a heroine for the ages was born.

Or was she? Evaluating Smilla’s behavior in 2019, along with other genre-defying heroines from novels that became bestsellers in dozens of languages, shows how much our collective concept of feminism has changed in the last few decades. In 1992, the half-Inuit, half-Danish Smilla represented a fierce, intelligent, contained woman who not only could cope on her own in a man’s world, but was actually able to upend it. In 2019, in the framework of #MeToo and the record number of female representatives in the U.S. Congress, Smilla’s independence is striking for an entirely different reason. Where is her community? Where are her trusted female friends?

Much like Lisbeth Salander in the globally popular Millenium series, Smilla’s contact with other women is portrayed in a distinctively alpha/beta manner. Smilla does benefit from the help of other women—most notably, the retired bookkeeper Elsa Lübing, who demurely gives Smilla the key to a crucial storage facility while making it clear she will deny doing so if Smilla’s caught—but these women do not match Smilla’s boundary-busting fearlessness when it comes to hiding in a dumbwaiter to trespass on a secured suite or rappelling off the side of an icebreaker ship onto a glacier with only a vague sense of where she’s headed. In Lisbeth Salander’s case, she may occasionally sleep with a lady (as she does in The Girl Who Played With Fire), and even rent her former apartment to that woman when it is convenient for her to do so, but the notion of kinship, of camaraderie, is simply not present. Both Smilla and Lisbeth largely keep their agendas to themselves: they don’t work with groups. They don’t even fully confide in their most intimate partners. These women are solitary.

Can these women be described as feminist in our contemporary world without the requisite band of supportive female allies, or are they now simply loose cannon loners, modeled on the traditionally masculine notion of the strong, silent type? Both the #MeToo movement and the 2018 U.S. Congressional elections garnered much of their strength not from the idea of the individual but rather from the force of the collective, to largely positive effect. Notorious abusers of power were at last outed not because of what one woman said or did, but because of what an informed group of women said and did. Both of these movements seek to make society as a whole more bearable for all women. The Scandinavian heroines, on the other hand, not only have little time or use for female camaraderie but reject the construct of community/society itself. Again, their individual reasons make sense. In Salander’s case, a state-appointed guardian raped her as a minor after she was removed from an abusive home life: her trust issues run deep. Meanwhile, Smilla is motivated to distrust society by virtue of a problematic relationship with her father, who is so wrapped up in his own ego he has no time to understand who his daughter is as a person. Additionally, the heroines are fighting corrupt networks of authority: from Copenhagen’s medical board to the Swedish guardian system, government is decidedly not good.

In all of these novels, the state is both suffocating and corrupt, a force as likely to foil the heroines as any sinister splinter cell plot. Because government dominates their societies, working around or against communal decision making is seen as an inherently heroic move. If they break laws and bones, the laws and bones were obviously meant to be broken. These women derive some of their power from the fact that they are not afraid to hit back in a world where everyone else is too frightened to fight the evil status quo.

As romantic as this image is, the notion that any one individual acting entirely on their own can create positive change seems to be one increasingly belonging to fiction. The pervasive real-world reality is the underlying assumption that one woman’s word is suspect, but that a group statement might be worth looking into. As demonstrated in both the 2018 Brett Kavanaugh Supreme Court nominee hearings and in the Bill Cosby trial, in a legal contest of his word versus her word, the victory will likely always be his, unless it is his word versus. at least a quartet of women. Both Smilla and Lisbeth Salander, frustrated by this reality, simply did what needed to be done, forcefully gathering evidence on a society they knew to be inherently corrupt.

And yet, in real life, newly elected Congressional representative and feminist Alexandria Ocasio-Cortez has been derided by members of her own party for being too outspoken and pushy, while the majority of her constituents continue to cheer her on. Will her insistence on speaking her mind result in better legislation, or simply alienate her fellow lawmakers? Or will she become an effective leader who combines individual direction with collective action? One thing is certain: while contemporary feminists have banded together to fundamentally change the way society and government operates, it’s striking to reflect on the solitary fictional forerunners who sought and won justice #JustMe style.

Julia Ingalls is primarily an essayist. Her work has appeared or is forthcoming in Slate, Salon, Dwell, Guernica, The LA Weekly, The Nervous Breakdown, Forth, Trop, and 89.9 KCRW.

11 Crime and Mystery Books to Read this February 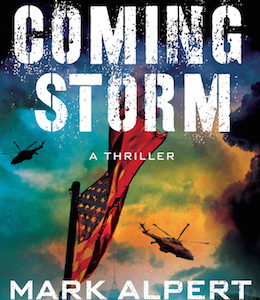 It was the hardest thing Jenna had ever done. Even in daylight and good weather, walking on the elevated tracks would’ve...
© LitHub
Back to top