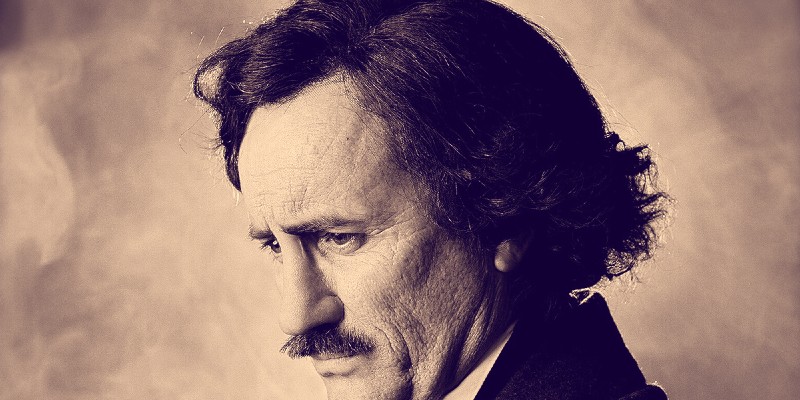 In the spring of 1841, at the age of thirty-two, Edgar Allan Poe decided to write a new kind of short story. At the time, Poe was best known for a magazine column on cryptography in which he dared readers to send him a code he couldn’t crack. He received nearly a hundred secret messages from all over the country. Poe solved them all, except for one. And that coded message he proved to be “an imposition,” a jumble of “random characters having no meaning whatever.” Unfortunately for Poe, his column only paid a few dollars a page. As his editor observed, “The character of Poe’s mind was of such an order, as not to be very widely in demand.” Poe’s desperate need for money led him to try writing fiction, as he searched for a tale that could pay his rent and bar tab. He gave his first story a salacious title—“The Murders in the Rue Morgue”—and an intriguing protagonist, Monsieur C. Auguste Dupin, a young bachelor living in Paris who is also able to crack the most inscrutable codes.

The story takes places during a recent summer, when the evening papers arrive with news of an extraordinary double murder. The mother’s body was found in the garden, “her throat so entirely cut that, upon an attempt to raise her, the head fell off and rolled to some distance.” The daughter, meanwhile, had been rammed up the chimney, killed by brute force. While the police initially assumed the motive to be theft, no valuables were missing. After a lengthy and fruitless investigation, the police concluded that “a murder so mysterious, and so perplexing in all its particulars, was never before committed in Paris.”

Dupin is drawn to the mystery. He tells the narrator that they should visit the crime scene for themselves; perhaps they will stumble upon an overlooked clue. If nothing else, Dupin says, “an inquiry will afford us amusement.”

After a lengthy examination of the bloodied apartment, and interviews with the neighbors, the narrator is more confused than ever. He concludes the murders are “insoluble.” Dupin lets out an exasperated sigh, then systematically lays out his solution to the unusual case.

Dupin begins by summarizing the most perplexing facts of the crime: the needless decapitation, the girl stuffed up the fireplace, the absence of apparent motive. While the cops are searching for a madman, Dupin concludes that the murderer isn’t a man at all— he’s an orangutan. Furthermore, Dupin has already placed an advertisement in the newspaper for an escaped primate. A few pages later, a sailor shows up, looking for his guilty pet.

Poe’s story was an instant success. The ghastly crime and brilliant detective mesmerized readers. Poe even got paid: the owner of the magazine gave him $56 for the tale. But Poe shrugged off the achievement, writing to a friend that “people think them [his detective stories] more ingenious than they are . . . In the ‘Murders in the Rue Morgue,’ for instance, where is the ingenuity in unraveling a web which you yourself . . . have woven for the express purpose of unraveling?” If Poe was proud of these popular tales, he wrote, it was because he had finally come up with “something in a new key.”

What Poe had come up with was the detective story. His formula went this way: First, there is the impossible crime, followed by the baffled cops. The case appears to be hopeless. But then our brilliant detective appears. He ponders some neglected clues, connects the far-fetched dots, and comes up with an inspired solution. Moral order is restored in the last act, when the guilty soul is found and punished.

This formula has since led to one of the most successful genres of modern culture. From Agatha Christie to Raymond Chandler, Michael Connelly to Law & Order, these narratives still obey the tropes and traditions invented by the young Edgar Allan Poe. As Arthur Conan Doyle would later admit, Monsieur Dupin was the first Sherlock. Poe deserved credit for “the monstrous progeny of writers on the detection of crime.”

In 1948, nearly a century after Poe’s untimely death, the poet W. H. Auden wrote an essay in Harper’s that tried to explain the enduring popularity of the detective story. For Auden, the subject had personal stakes: “For me, as for many others, the reading of detective stories is an addiction like tobacco or alcohol. The symptoms of this are: Firstly, the intensity of the craving—if I have any work to do, I must be careful not to get hold of a detective story for, once I begin one, I cannot work or sleep till I have finished it.” And while Auden dismissed most of these crime novels as pulpy fictions, he also believed that a close study of the detective story might “throw light . . . on the function of art.”

Auden’s argument began with a short history of tragedy: “In Greek tragedy, the audience knows the truth.” The plot is spoiled at the start. Oedipus Rex, for instance, is the story of a man searching for the murderer of the king. It’s framed as a cryptic crime story, but everyone already knows how the story ends: Oedipus is the killer he’s trying to find.

The genius of Poe was inverting this ancient formula, creating a tale designed to keep the reader in the dark. (The root of mystery is the ancient Greek muo, which means “to shut the eyes,” or “to hide.”) While fiction had traditionally relied on predictable beats, Poe’s stories were built around the element of surprise. He took the delightful search for clues that had defined narratives since Oedipus but added in an unpredictable ending. (As Auden noted, the entire point of the detective story was that “the audience does not know the truth at all.”) And so the reader becomes another sleuth, searching for clues just like the characters on the page.

Poe’s insight was that the audience didn’t care about the murder. That was just the setup, the inciting incident. What they really cared about was the mystery.

When Edgar Allan Poe invented the detective story, he discovered a new way to hook the human mind. The enduring appeal of Poe’s formula raises a larger question: Why is it so compelling? Why do we get obsessed with missing writers and impossible crimes? Why does mystery create a mental itch that must be scratched?

The explanation begins with a strange feature of the dopamine system, an ancient part of the animal brain. While dopamine is often associated with hedonism—it’s supposed to be the chemical of sex, drugs, and rock ’n’ roll—one of the most important functions of dopamine is the way it controls our attention. In essence, dopamine acts as a neural currency, allowing us to appraise the world and locate the most interesting parts. The feeling of delight is just the brain’s way of telling itself to look over there, notice this, focus on that.

So what triggers the biggest spikes in dopamine? It’s not predictable pleasures. Rather, it’s pleasures that arrive with a sense of mystery, or what neuroscientists refer to as “prediction errors.” In the lab, scientists trigger these prediction errors by establishing a rewarding pattern—hit a lever, get some sugar—and then introducing a surprise, such as a sweet treat that arrives without warning. (You can also elicit a large dopamine spike with less pleasing shocks, such as loud sounds and flashing lights.) These brain cells are sensitive to surprises because it’s an incredibly efficient way to learn, which is why the same quirk of programming exists in fruit flies, mice, and primates.

This mental software has been around for millions and millions of years. The human brain, however, found a way to put this old code to new use. The crucial turn is the ability to find pleasure not just in calories and sex, but in ideas and narratives. It doesn’t matter if it’s a newspaper story about an inexplicable disappearance or an Edgar Allan Poe whodunit: these works still excite the dopaminergic system, which is why we pay attention even when they contain no primal rewards. As the anthropologist Clifford Geertz famously observed, “Man is an animal suspended in webs of significance he himself has spun.”

But remember, this dopamine system comes with a peculiar feature. Although the human brain is a pattern-making machine, always attempting to solve for x and predict what’s next, it’s not the accurate predictions that grab our attention—it’s those prediction errors, the rewards and revelations we can’t anticipate. Good art turns this impulse into engagement, establishing a premise and then subtly violating our expectations, postponing the answer for as long as possible. Because it’s the questions that keep us interested. Not the expected turn, but the twist we never saw coming. As Stephen Sondheim observed, in a summary of his aesthetic approach, “Art needs surprise, otherwise it doesn’t hold an audience’s attention.”

Prediction errors are just the start of this neural process. If the tale is well told, that initial surprise gives way to a feeling entirely unique to human beings. We stop trying to solve the problem and start surfing the mystery instead, immersing ourselves in what we’ll never understand. This feeling goes by many names— wonder, awe, astonishment—but it is rooted in the pleasure of the mysterious. Most animals fear the dark. We find our greatest meaning in it.

Excerpted from Mystery: A Seduction, A Strategy, A Solution, by Jonah Lehrer. Published by Simon and Schuster / Avid Reader Press. Copyright 2021, Jonah Lehrer. All rights reserved. Reprinted with permission of the publisher.

Jonah Lehrer is a writer, journalist, and the author of A Book About Love, How We Decide, and Proust Was a Neuroscientist. He graduated from Columbia University and studied at Oxford University as a Rhodes Scholar. He’s written for The New Yorker, Nature, Wired, The New York Times Magazine, The Washington Post, and The Wall Street Journal. He lives in Los Angeles, California. 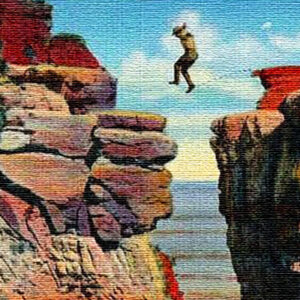 There was the time I was in the hospital and my dad called to tell me that he'd just spoken with the sheriff of Desolation...
© LitHub
Back to top