Silvia Moreno-Garcia on the international noir that inspired her vision of Mexico City in 1971.

My latest novel, Velvet Was the Night, is a noir set in the Mexico City of the 1970s. This is a changing world, beset by political and social turmoil, and a space where different forces are violently clashing. To me, it seemed like the perfect decade for a noir, but when I told people what I was working on, they tended to be surprised I was writing a book set in 1971. Most of them associated the word ‘noir’ with the 1950s. 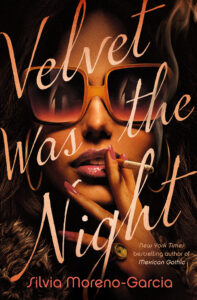 Noir has always had a close relationship with film and it is no wonder that when we think of noir, we tend to harken back to iconic images inspired by Golden Age Hollywood rather than more modern proposals. But noir did not vanish once people traded zoot suits for bell bottoms. Therefore, here is a list of cool, decadent noirs from the 60s and 70s. 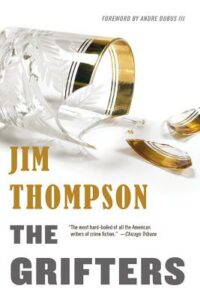 Roy Dillon is a young, charming, small-time con artist. Like it or not, he takes after his estranged mother, Lilly, a fellow grifter who places bets at the race track for a mob boss. He’s involved with Moira, yet another criminally-minded woman who used to organize elaborate scams with her former partner and is now looking for a new assistant. When a beating lands Roy in the hospital, these three characters come together and he seriously considers abandoning his old ways. What could go wrong? Think everything. Thompson’s intricate description of a seedy world of scams, marks and lies is beautifully realized and his characters are both warped and compelling. 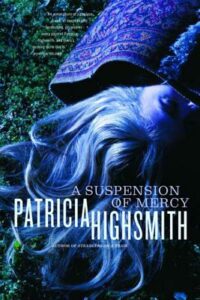 A Suspension of Mercy, Patricia Highsmith (1965)

Patricia Highsmith is probably best known for her Tom Ripley books, but she wrote many standalones, including this title, which could be considered a forerunner to Gone Girl. A struggling writer with a marriage on the rocks fantasizes about the death of his wife, trying to imagine how he might kill her and dispose of her body. This morbid game turns dangerous when the woman vanishes and all clues point to his guilt. Highsmith’s trademark insight into despicable characters will keep you enthralled. 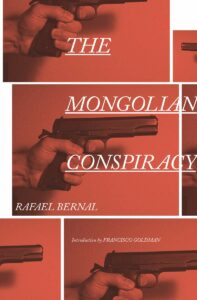 Widely considered the first Mexican noir novel, The Mongolian Conspiracy focuses on an old fashioned, foul-mouthed hitman who is given a pressing assignment: to thwart an assassination attempt using his knowledge of the denizens of Chinatown. Described by novelist Francisco Goldman as “the best fucking novel ever written about Mexico City,” I don’t know if it can take the top spot, but it’s a fun, pulpy tale that serves as a presage to the wave of Latin and American and Spanish noir that would eventually yield writers such as Yuri Herrera. 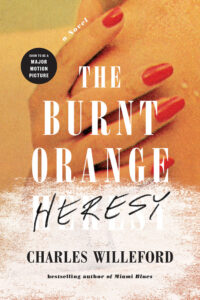 Sometimes, finding books from decades past can be difficult. In the case of the Burnt Orange Heresy, I originally had to scavenge for a used copy when I searched for it a few years ago. Alas, a recent big screen adaptation has ensured it is available with a much-improved cover than the one from my tattered paperback. Jacques Debierue is a famous and elusive painter. For decades he has not allowed anyone to take a look at a single one of his works. Enter James Figueras, an ambitious art critic trying to score an interview with the eccentric older artist, and perhaps get his hands on a valuable painting. The Burnt Orange Heresy is equals part noir and satire, and will delight anyone with an interest in the world of art. 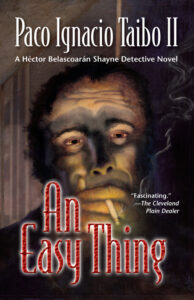 Días de Combate marked the first appearance of Héctor Belascorán Shayne, Taibo’s iconic, chain-smoking, one-eyed private detective. Taibo is extremely popular in Latin America, but sadly he hasn’t been translated as often as one might have hoped into English and what can be found is not always easily available, meaning I am recommending another Shayne novel here rather than the first one, even though my natural impulse is to always go for the first in a series. No worries, though, as Taibo always weaves wild and interesting plots with novels that are both homages to the classic noir of the Chandler era and deconstructions of the genre, while also providing readers with a full-fledged tour of 1970s Mexico City. 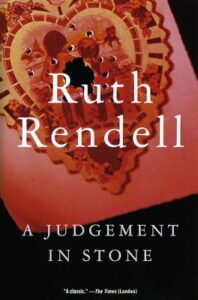 Ruth Rendell crafts one of the most successful opening lines of all time in A Judgement in Stone, informing us that “Eunice Parchman killed the Coverdale family because she could not read or write,” and then goes on to methodically describe a slow-motion collision between two very different types of people. The Cloverdales are wealthy, cultured and a bit blind to the world around them. Eunice, their newly hired maid, on the other hand, sees and absorbs everything. She must, after all, because she is attempting to survive in a world she perceives as eternally hostile. And survive she will, no matter the cost. 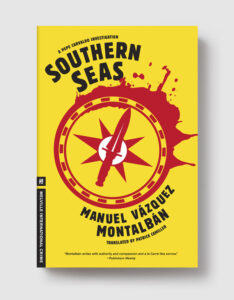 Catalonian writer Manuel Vázquez Montalbán was a prolific author of the long running Pepe Carvalho series, which began with this novel. A wealthy businessman with a midlife crisis who supposedly headed to the South Seas in search of the spirit of Gaugin is found dead in Barcelona. Carvalho is the cynical detective trying to solve a murder mystery while giving readers a gastronomic, cultural and political tour of a city that is just experiencing life after Franco’s decades-long dictatorship. Latin American and Spanish language noir tend to have a certain seasoning, and Southern Seas serves as a good introduction to the type of dishes served.

Silvia Moreno-Garcia is the New York Times bestselling author of the critically acclaimed speculative novels Mexican Gothic, Gods of Jade and Shadow, Signal to Noise, Certain Dark Things, and The Beautiful Ones, as well as the crime novel Untamed Shore. She has edited several anthologies, including the World Fantasy Award-winning She Walks in Shadows (aka Cthulhu's Daughters). She lives in Vancouver, British Columbia.

Sascha Rothchild on Diabetes Noir, Killers in Yoga Pants, and Therapy for Sociopaths 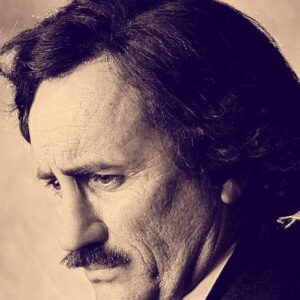 The Rue Morgue In the spring of 1841, at the age of thirty-two, Edgar Allan Poe decided to write a new kind of short story....
© LitHub
Back to top