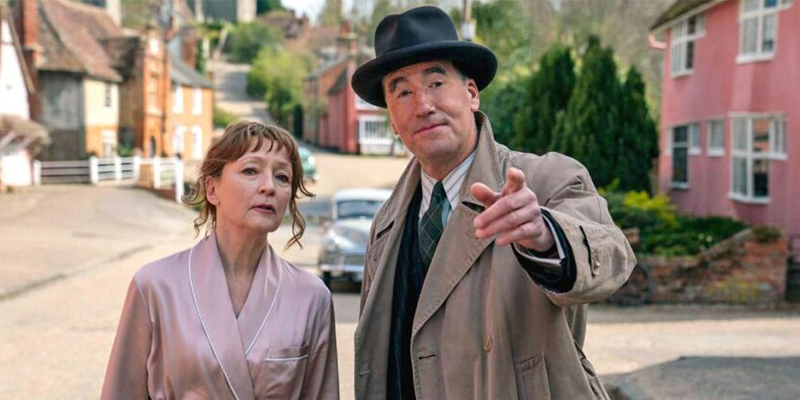 Magpie Murders, Anthony Horowitz’s profoundly literary meta-mystery novel from 2016, might not seem like an obvious choice for adaptation to a television series. So much about the novel is about the practice of reading. The story begins when a book editor named Susan Ryeland presents a strange event that changed her life: a mystery that came to her attention when she read the manuscript of a new mystery novel called Magpie Murders. That mystery manuscript is unfinished, though, which means Susan has to go and hunt for the answer herself. But that novel also contains the clues to a real-life mystery, and it is up to Susan (and her own readers) to dig them out and connect them to the real-life circumstance. Horowitz’s Magpie Murders is pure pleasure—a beguiling and refreshing experiment with the traditional murder mystery genre that follows the rules while also taking on an entirely new dimension.

Horowitz himself wrote the script for the new television adaptation of the book. Fortunately, he, a veteran of TV whodunits (having created the Midsomer Murders series back in 1997) as well as the author of numerous detective series, knows how to tell a murder mystery differently, depending on form and media. And so the television incarnation of Magpie Murders, which premieres in the US on Masterpiece Mystery on PBS on Sunday, October 16th, doesn’t change the game so much as change the sport.

It becomes a brisk adventure with multiple story-lines rather than the striated literary puzzle it once was. It is now a theoretical demonstration of the fun of reading, rather than a practical exercise in the fun of reading. But this is okay. Magpie Murders knows the limits of its new form, and it would rather present an engaging mystery than try to replicate the experience of reading the book.

And by Jove, it succeeds! Magpie Murders is charming and absorbing for all its six episodes. In the series, the great Lesley Manville plays Susan—an enthusiastic and curious middle-aged book editor whose publishing house is about to be acquired in a big merger and who is set up for an enormous promotion to run the outfit. She’d rather edit books for the rest of her career, and she would also rather things stay the same with her boyfriend, a teacher of ancient Greek named Andreas (Alexandros Logothetis) who is trying to convince her to move with him to Crete. Conleth Hill plays Alan Conway, the irascible bestselling author whose books keep the lights on at the press. He is the writer of a detective series set in the 1950s about a sleuth named Atticus Pünd (Tim McMullan), and it is the latest installment of this series that presents Susan with the multiple mysteries with which she must contend.

Lesley Manville is a delightful lead—a clever, dogged amateur detective and a captivating rom-com protagonist, when the series calls for it. Susan is a stylish, charismatic character, as playful as she is cerebral, and watching her ascend to new heights of confidence, spontaneity, and unflappability is the best part in an otherwise thoroughly entertaining show. The series lets Manville frolic in a way that feels particularly invigorating, and she is styled in fun, sexy looks that show she already has the capacity to let whimsy wear down her slightly-uptight outlook. Maybe it’s a small thing, but I can’t say enough how much fun it is to watch a show in which the detective is a smart lady in her mid-sixties who is both demonstrably accomplished and undeniably hot.

Although the show feels more traditional than its literary counterpart, it still presents a twisting and surprising narrative, with suspense and red herrings in all the right places, and a solid pool of suspects. The show’s colors are red and black, and the lighting and design choices keep them as motifs, perhaps suggesting that there are always (at least) two shades, two stories of, well, story happening at once.

There are a lot of whodunnits coming out this autumn, both on TV and in the movies, and Magpie Murders is one of the most satisfying, among them. It is a cozy, intelligent yarn that underscores the fun of reading a good book, and not by being any less worthy than one, itself. 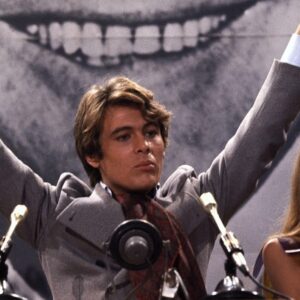 As a boy growing-up in the 1960s and ‘70s, my idea of science fiction usually revolved around alien invaders, fire breathing...
© LitHub
Back to top