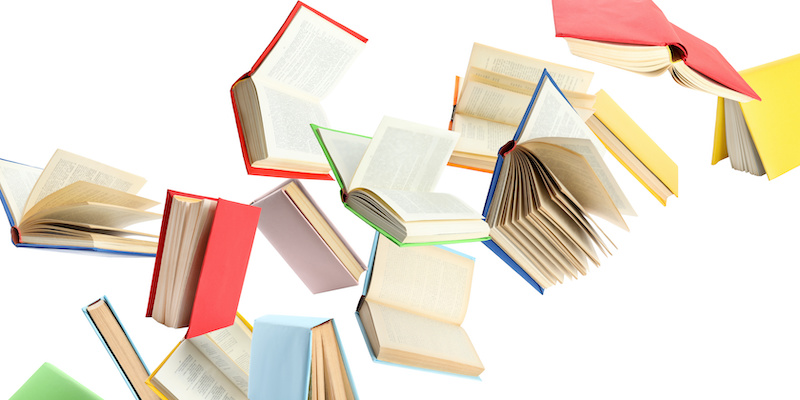 Lee Matthew Goldberg on the art of writing a series in which each can be read as a standalone.

In 2012, I had an idea for a novel called The Desire Card, which centered around a sinister organization that promised “Any Wish Fulfilled for the Right Price.” I’d been speaking to a doctor friend of mine about the difficulty of getting a liver transplant, and an idea gelled: What if someone who’d always been able to get anything he wanted in life desired a liver and contacted an organization to obtain it through back channels? I wrote the book, never imagining I would write four other interconnected novels, and sold it to a publisher who wanted more.

I sketched the idea for a sequel, which would become Prey No More by first writing it as a film and then using the script as an outline for the book. The publisher was pleased, so I wrote two more novels in the series, waiting for the day it would be released. The first book came out, but then there was no indication of a date for the sequel, nor were my royalties ever paid. I had four books in a series, only one of which had come out, with little chance the others would ever see the light of day, or that I’d get a penny for my work.

Luckily, my agent was able to get the rights reverted back to me and we signed with Rough Edges Press, an imprint of Wolfpack Publishing who published my Young Adult Runaway Train series. The editor James Reasoner loved the books as is and wanted a fifth to wrap the entire series up. They would release one a month across the summer and fall of 2022, and finally, ten years after I began the series, all the books would make it into the hands of readers.

When conceiving The Desire Card, I had never written a series before, or knew the mechanics of creating a world with hundreds of characters over dozens of years where readers meet the characters in different moments of their lives. Most importantly, I wanted the books to be read in any order or as standalones. This was essential, since when the first came out years ago with the old publisher, I didn’t know if there would be any more. I also didn’t want to let my readers down, or leave any threads hanging. In this series, the main character is the Desire Card itself and each book introduces someone new attached to the organization: a recruit in the 1970s during its inception, a seasoned operative who wants to leave, (but like the mob, you never leave the Card), a Wall Streeter who requires a liver off the black market, and ultimately the leader of the Card itself, a man known to others as Clark Gable.

At the Card, all the operatives are required to wear masks of old-time movie legends. I chose this, since the books have a noir quality and the operatives would not want to show their real faces. Gable collects the bruised, the lost, like any good cult leader would, and rehabilitates them with a brand-new handsome visage, so the operatives: Marilyn Monroe, James Dean, Laurence Olivier, Audrey Hepburn, are beholden to him. To be a part of the Card means you can never leave their web.

It was freeing to construct a series that wasn’t technically linear. Each book has a slightly different tone while all of them could be under the crime fiction umbrella. Immoral Origins flirts with noir, Prey No More is more action/adventure, All Sins Fulfilled is literary, Vicious Ripples has over a dozen POVs, while the final book, Desire’s End, blends science fiction. If I had to pick, I would read the books in the order they were released, but I’d be curious to hear from someone who’d read them out of order, or even in reverse. The difficulty came with making sure that no thread was left behind and each major character had a full arc over the course of the books, ending with Gable as he faces his reckoning in the final novel. I’m a plotter, so all the books were heavily outlined before starting, especially Prey No More, based off my script. With such a large cast, there would’ve been no way to write this by the seat of my pants, except for the final book. I knew basically how that one would begin and end, but since it was a novella, I allowed myself to create the plot each time I sat down to write. The final tome flirts with the supernatural and takes place in the Amazon jungle, inspired by a trip I took where I lived with shaman for two weeks down in Peru. I had always wanted to write about that trip, so this was the perfect opportunity to have the jungle be the place where the villain flees and faces the demons of everyone he destroyed since the beginning of the Card.

Because most of the characters wear masks of old movie stars, the bulk of research I did was watching a lot of black and white noir films. I grew up with movies always playing in my house, since my dad was a huge movie buff, especially black and white films. He passed away right before the first book was released, but I know he would’ve really enjoyed bringing these stars to life on the page since each character resembles the mask they wear, not just in appearance, but their persona too. With such a big cast, the masks of movie stars help the characters become that much more identifiable and they interact in similar ways that the real stars did: like in the first novel Immoral Origins with the relationship between Marilyn Monroe and Errol Flynn as lovers.

Oftentimes with writing crime novels, the characters tend to be unsavory and it can be tough to spend a lot of time in their heads, especially over the course of five books. Some of these characters are the worst I’ve ever created: immorally bankrupt, murderous, lacking a soul, but the characters who combat them are subsequently, some of the best. There’s Detective Monica Bonner who loses her son to leukemia and devotes her life to taking down the Card. Or JD Storm, a sniper from the Iraq War who loses an eye and becomes seduced by Gable and the Card, only to turn on them in the end. Or Helene, whose husband and daughter get involved with the Card, only for it to tear apart her family, leaving her to build it back up. The books are an indictment of taking down the rich, an organization catering on the wealthy’s worst fantasies, ultimately veering toward a hit-man operation as long as the client will pay top dollar. I started the books around the time of Occupy Wall Street and the main character was a Wall Streeter, so I wanted to create a series where the one percent seemingly get everything they want only to be taken down and dismantled at the very end. Even Trump and his presidency factored into the later novels, especially of the Clark Gable character who was informed by a lot of the republicans who were circling around Trump at the time, those who put their own self-interests over their constituents and whose policies revolved around the dollar trumping all else.

While the series took a long route to come to fruition, even its setbacks have pushed me to create a better tale than I intended from the start. The skills I learned from creating such a long series bled into my Young Adult series Runaway Train, which follows a singular character throughout the three books. I don’t believe I would’ve taken on such a challenge had I not written the Desire Card books already. Since I’ve already written one as a script, my next step is to try to get film and TV interest. It could be a series of five movies, or a five-season show as well. Or even graphic novels. While I’ve completely finished telling this story in novel form, I’m open to any other way these stories can come to life.

The universe is there, its limitless to where these unsavory criminals go next. 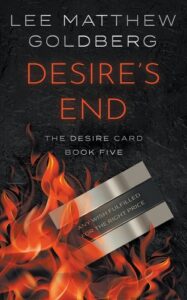 LEE MATTHEW GOLDBERG's debut novel Slow Down is a neo-noir thriller. His TV pilot Join Us was a finalist in Script Pipeline's 2015 TV Writing Competition. After graduating with an MFA from the New School, his fiction has also appeared in The Montreal Review, The Adirondack Review, Essays & Fictions, The New Plains Review, Orion headless, Verdad Magazine, BlazeVOX, and others. He is the co-curator of The Guerrilla Lit Fiction Series. He lives in New York City. 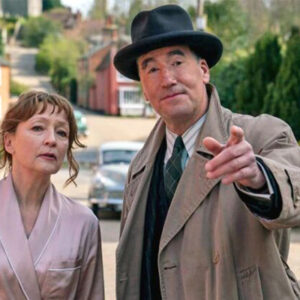 Magpie Murders, Anthony Horowitz's profoundly literary meta-mystery novel from 2016, might not seem like an obvious choice...
© LitHub
Back to top