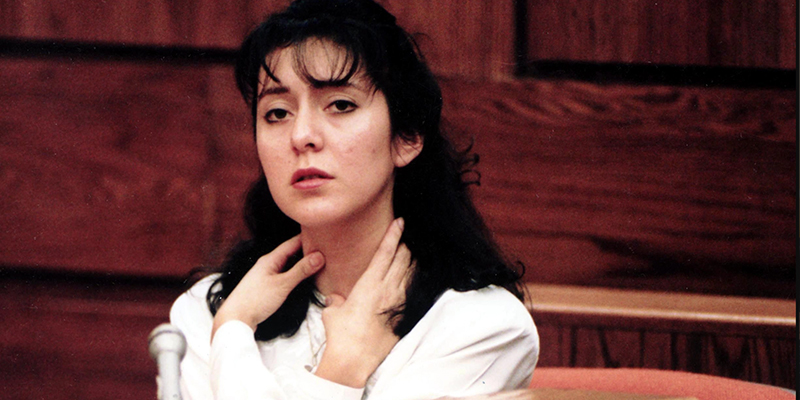 "[T]hey may not all be perfect victims, but I do believe that they were overly-demonized by the public and media alike"

In recent years, our culture has started to speak more openly about our mistreatment of famous women. We’ve looked back at the early aughts with chagrin, lamenting how, for years, female celebrities were mocked and belittled by the tabloids for anything from the shape of their bodies, to how they mothered their children. I was a preteen during this time. I distinctly remember when paparazzi took photos of Nicole Ritchie running on the beach; gossip rags claimed that she was suffering from a life-threatening eating disorder, with no sympathy for how this diagnosis, if it were true, would impact this young woman’s day-to-day life in the spotlight.

In a similar, and more high-profile, vein, I remember Britney Spears shaving her head and how trendy and perfunctory it became to call her insane. There was no dialogue about how she had been working nonstop for years without a break, how she had only recently birthed two children within a year of one another and was now in the midst of a divorce, or how she was grieving an aunt who died just the day before. All I recall is poring over Us Weekly and giggling with my friends, laughingly echoing the mantra made popular by an early adopter of YouTube: Leave Britney Alooone. No, I did not retain what that refrain actually meant.

When I was writing my sophomore novel A Small Affair, I ruminated on this time in media history. And how, even with sexual assault and mental health becoming more of a national conversation and redemptive documentaries like Framing Britney Spears appearing on our screens, our society continues to enjoy making women’s pain into a circus. Vera, the protagonist of my novel, becomes a media scapegoat after a high-profile former fling of hers kills his pregnant wife, dies by suicide, and writes a note blaming these horrific acts on Vera’s rejection of him. To make matters worse, Vera isn’t likable; she’s an ambitious mean girl, willing to step over just about anyone to get what she wants. Therefore, she becomes prime fodder for mercilessly misogynistic internet trolls, even though her only real crime was turning down a man in whom she wasn’t interested.

I’ve compiled a list of ‘Vera’s,’ women from the past and present who have been mocked, blamed, and vilified because of the actions committed by the men in their lives. Like Vera, they may not all be perfect victims, but I do believe that they were overly-demonized by the public and media alike:

In 1972, an eighteen-year-old, Joyce Maynard was woo’d by a fifty-three year old J.D. Salinger; he noticed an essay she’d written in the New York Times and, seemingly gobsmacked by her talent, persuaded her to drop out of college and come live with him. Maynard acquiesced, only for Salinger to ask her to disappear from his life seven months later.

In her 1998 memoir At Home in the World, Maynard chose to write about the experience of being a teenaged girl preyed upon by a famed literary god thirty-five years her senior. Critics immediately condemned her as a leeching exhibitionist who was destroying a brilliant man’s reputation for clout. Upon describing a scene in which Salinger forced oral sex on Maynard, one critic went so far as to call her ‘that busy Maynard mouth.’ Contrarians could point out that yes, Maynard was legal. But talk about a power imbalance! Here was a middle-aged man, who was globally renowned, asking a teenaged wannabe writer to be his life partner.

Thankfully, Maynard has had some redemption; she was the subject of many profiles in the wake of the #MeToo movement and is currently a prolific fiction and non-fiction writer.

Lorena Bobbitt, now Lorena Gallo, rose to fame in 1993 when she cut off her husband’s penis as he slept. Soon, she became the punchline of every joke, from an Eminem lyric to an SNL sketch, even appearing in a Philip Roth novel. The truth? Gallo’s husband, John Bobbitt, was physically and sexually abusing her. According to Gallo, John raped her that fateful night and she finally cracked. What those who made a mockery of this incident may choose to forget is that John was actually charged with marital sexual assault (though he was acquitted) and that witnesses at the Bobbitt trial recounted seeing bruises on her arms and neck. Moreover, testimony revealed that John reveled in bragging to his friends about forcing sex on his wife. Gallo eventually pled not guilty by reason of temporary insanity, and in subsequent years, John was arrested and jailed several times for violence toward other women.

Gallo, despite her crude cultural significance in the nineties, founded a non-profit called Lorena’s Red Wagon that aids domestic violence survivors. She was also the subject of a 2019 docuseries, ‘Lorena,’ produced by Jordan Peele.

Actress Mia Farrow’s story contains multiple layers and some of it is still being contested to this day by her former partner, writer and director Woody Allen. Farrow and Allen dated for over a decade, during which they adopted and bore a number of children. In 1991, Farrow found explicit photos of her young-adult daughter Soon-Yi, her adopted child from a previous marriage, in Allen’s apartment. Soon after, Allen left Farrow for Soon-Yi, a girl whom he’d known and allegedly helped father from a young age. A short time later, Farrow and Allen’s seven-year-old adopted daughter, Dylan, alleged that Allen had molested her. Farrow went to the police about Dylan’s confession.

Allen had established himself as a moneymaker for New York, since he set all of his films in the city. Therefore, both the public and the legal system worked in his favor; the city dropped molestation charges and his adoring fans continued to support him and see his films. Farrow, on the other hand, was painted as a jealous wench who created false allegations in order to get back at her ex for cheating. In 2014, Allen’s lawyer was still calling Farrow a “bitter bitch.”

Though Allen was never officially charged for his supposed crimes, the question I always ask Farrow-doubters is this: Why are you choosing to believe that a man who literally married his stepdaughter wouldn’t sexually assault another one of his children?

Farrow was the subject of the redemptive 2021 HBO docuseries ‘Allen vs. Farrow’ and is known today for her charity work.

After a pool party at mogul Kylie Jenner’s house in 2020, rapper Megan Thee Stallion alleged that fellow rapper Tory Lanez shot her in the foot as she left his car. What seemed to be a pretty cut and dry situation (a man is violent toward a woman and she has the pictures to prove it—Megan posted a photo of the wound to Instagram and there is the medical report to back it up), became anything but. The media had a field day dissecting the occurrence and even joking about it; celebrities, including Chrissy Teigen and 50 Cent, and non-celebrities flocked to Twitter to make memes and laugh at the altercation.

Two years later, globally recognized rapper Drake accused Megan of lying about the incident in his song ‘Her Loss,’ and Lanez still insists that he is innocent. His trial began in November 2022 and Lanez’s defense will most likely claim that there were no reliable witnesses. Thankfully, Megan has garnered support from the Southern Black Girls and Women Consortium, who penned an open letter denouncing all violence toward women and praising Megan for speaking up. The rapper has also written an Op-Ed for the New York Times about protecting Black women and was interviewed by Gayle King about this traumatizing experience.

After actress Amber Heard wrote an Op-Ed in the Washington Post that mentioned domestic abuse at the hands of a powerful man (she did not names names), her ex-husband, actor Johnny Depp, sued her for defamation. What came next was an absolute media circus; the trial was covered daily for weeks in the spring of 2022, and everywhere you looked there was a new take, or meme, or detail about the couple’s relationship. Heard was ruthlessly mocked for everything: crying on the stand, how her makeup looked, the sound of her voice as she testified, and much more. Depp eventually won the case, to the delight of his fans–legions of whom would stand outside the courthouse day after day hoping to get a glimpse of the celebrity.

Though many of the case’s elements point to violence from both parties, there is no denying that Heard was treated unjustly by the public, dismissed as a conniving prevaricator when there was damning evidence that Depp mistreated her (audio, photos, and texts). Moreover, the jury had full access to media during the trial, meaning that they could have arguably been swayed by the public’s overall support of Depp.

As of December 2022, Heard’s lawyers have filed an appeal. 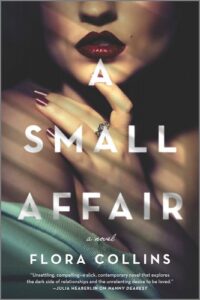 Flora Collins was born and raised in New York City and has never left, except for a four-year stint at Vassar College. When she's not writing, she moonlights as a sales and social media executive at a tech start-up. Nanny Dearest is her first novel and draws upon personal experiences from her own family history. 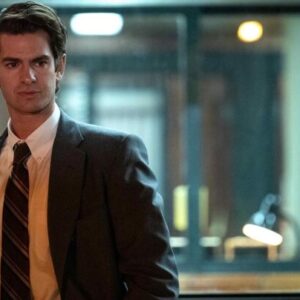 2022 was a fantastic year for television, so making this list was harder than usual. Picking 15 to rave about on this website...
© LitHub
Back to top