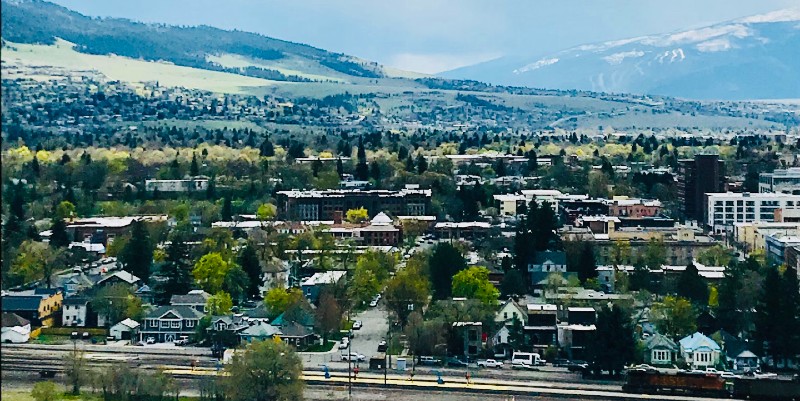 Gwen Florio on a tragedy played out in Missoula's transient community and an imbalanced legal system.

Emotions ran high in the university town of Missoula, Montana, on April 12, 2010.

Police termed it “a night of chaos,” with rowdy demonstrators and counter-protesters clogging the streets around City Hall. Within, a tense debate ran well past midnight over what would become Montana’s first nondiscrimination ordinance against LGBTQ+ people.

The surrounding hubbub might explain why it took far too long for the man slumped in a nearby alley to rate a second glance. The alley was within sight of both City Hall and the Oxford Saloon, a hangout for the Missoula’s transients. A passed-out drunk near the Ox was par for the course.

By the time Johnny Joe Belmarez rated that second look, he was dead.

Yet more time passed before the reason – initially listed as due to natural causes – was ruled a homicide, after a coroner found the head injury overlooked at a hospital.

And it took a very, very long time for the two men accused in his death to be brought to trial and longer still for justice to prevail in the case.

Like Belmarez, the accused – a Blackfeet horse wrangler named Raymond Big Beaver and his friend Eugene “Joey” Gonzalez – were transients.

Murder is so rare in Missoula that the homicide charges against the pair were the first in three years. At the time, I was still new to what we called the “cops and courts” beat at the Missoulian newspaper, and theirs would be the first homicide trials I covered for the paper.

The case was problematic from the start. After hours of questions from police, Big Beaver – despite repeatedly requesting a lawyer – gave a 51-page statement in which he said Belmarez was still alive when he left that night. A judge termed the police interview a “blatant violation” of procedure.

Although Gonzalez told police, “I did it,” a neuropsychological evaluation termed him “un-bright,” likely stemming from his history of severe alcoholism and head injuries. He was termed incompetent to stand trial, a finding rejected by a subsequent exam.

At trial, a forensic toxicologist testified that the victim’s blood-alcohol level that night was high enough to have killed him even without a beating. (That expert later would be arrested on a drunk driving charge.)

A police officer was accused of lying when he said he didn’t know the name or the whereabouts of a woman who witnessed the incident, which she described – after she was finally located – as more of a scuffle than the vicious beatdown alleged by the prosecution.

In closing arguments, one of the prosecutors cited the New Testament verse from Matthew 25:40 “That which you do to the least of them, you also do to us.”

But in this case, the least of them – Belmarez – remained a hazy figure throughout the trial, without so much as a photo to humanize him beyond the sparse facts of his name, age, and history as a drunk.

The jury convicted Big Beaver, who’d spent 16 months in jail awaiting trial, only of misdemeanor assault. He walked from the courtroom a free man, having spent 10 months in jail beyond the maximum six-month sentence for a misdemeanor.

Gonzalez had to wait another three months for his own trial, which saw him completely acquitted. “I thank God and my legal counsel for a second life,” he wept, vowing he would become “a normal, productive human being.”

Months later I ran into Big Beaver on the Blackfeet Reservation, where I was doing a story. He seemed well and we chatted briefly.

Another day, a familiar name leapt out at me from a short story in a Butte, Montana, newspaper. Much like Johnny Joe Belmarez, Joey Gonzalez was found slumped against a building, dead. The initial determination of natural causes stood.

By then, my time on the beat had disabused me of any gauzy notions that – as Bob Dylan sang in The Lonesome Death of Hattie Carroll – “the ladder of the law has no top and no bottom.”

It was impossible to ignore the painful imbalances in the legal system, with its preponderance of poor and disenfranchised people, along with the vast overrepresentation of Native defendants. (American Indians are Montana’s largest minority, about 7 percent of the population, but about 20 percent of the men’s prison inmates, and 37 percent of those in the women’s prison, according to the ACLU.)

Throughout the trials I wondered if the accused would have faced homicide charges if the case had involved, say, a fatal tussle among fraternity brothers rather than people on the margins of society.

In my years on the cops and courts beat I watched overburdened public defenders stand up with seemingly hopeless clients like Gonzalez and Big Beaver, as wealthier defendants with private attorneys saw charges reduced or dropped altogether.

I credit that experience with choosing a public defender as my protagonist when I started a new series with Crooked Lane Books. Unlike my real-life journalist self, my protagonist Julia Geary is actually in a position to do something about the injustice she sees – one of the great satisfactions of writing fiction.

That said, it’s a choice I’ve sometimes regretted. In trying to bring a bad guy to justice, a prosecutor would require a lot less tap-dancing, plot-wise, than a public defender who faces the double demand of proving her own client innocent, while also determining the real bad guy.

Eleven years after the death of Johnny Joe Belmarez, the case would provide the seeds of The Least Among Us, my second novel featuring Julia Geary, who sees one of her repeat clients – a “frequent flier” in court parlance – charged in the killing of a fellow transient.

I borrowed the title from my imperfect memory of the prosecutor’s closing argument, but didn’t look at my stories about the case as I was writing the book; in fact, I incorporated details from a very different case involving jailhouse malfeasance Texas.

But in reviewing those old stories for this article, I realized that the name of Ray Belmar, one of my favorite characters in the first Julia Geary book, The Truth of It All, and the main secondary character in this sequel, is a mashup of Raymond Big Beaver and Johnny Belmarez, testament to how this case has haunted my subconscious through the years. 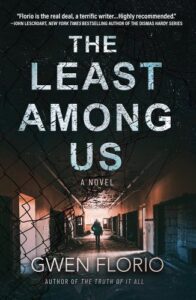 Longtime journalist Gwen Florio moved to fiction in 2013 with her first novel, MONTANA, which won the Pinckley Prize for Debut Crime Fiction and a High Plains Book Award. Four more novels followed in the Lola Wicks crime series. She lives in Missoula, Montana. Her latest novel, The Least Among Us, is now available from Crooked Lane Books. 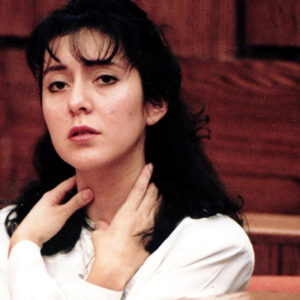 In recent years, our culture has started to speak more openly about our mistreatment of famous women. We’ve looked back...
© LitHub
Back to top