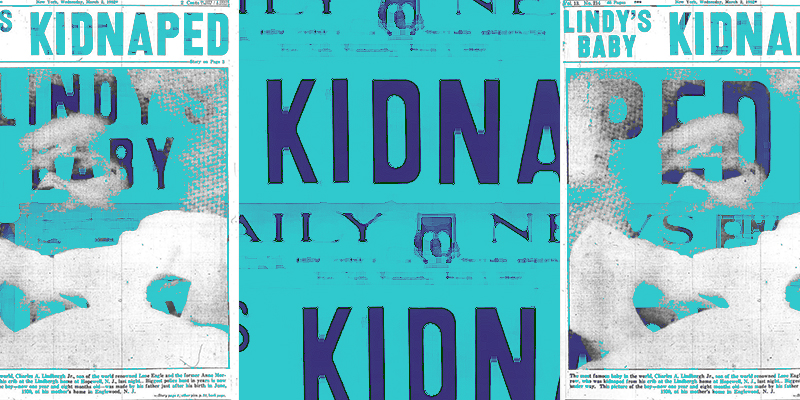 “It made you want to resign as a member of the human race.”—Edna Ferber on the trial of Bruno Richard Hauptmann.

The trial of Bruno Richard Hauptmann for the kidnapping and death of Charles Lindbergh Jr. was a national spectacle. Media flooded the New Jersey town of Flemington. Hordes of sightseers arrived, trying to get inside the courthouse or waiting outside for a glimpse of Colonel and Mrs. Lindbergh. Naturally, the local businesses did quite well. Hotels were full. Restaurants offered ice cream sundaes called Lindys. People sold fake autographed pictures of the famous aviator. Other souvenirs included tiny ladders on green ribbon. One man sold bags of blond curls, claiming they were the Lindbergh Baby’s hair. A single bag went for five dollars. The Lindberghs would have passed that man every time they went to the courthouse.

That particular vendor stayed in my mind as I wrote The Lindbergh Nanny, which tells the story of the most famous kidnapping in American history through the eyes of Betty Gow, the young Scottish woman who was the baby’s nurse. I’ve written four historical novels, but I have never written about real people before. The bag of hair reminded me that there are ethical obligations involved when writing about a true crime. I genuinely feel Betty Gow’s story deserves to be heard. But writing about a real person’s suffering, it feels imperative to show respect and sensitivity for that suffering. To give each person involved their humanity. Mysteries put every character under a harsh lens. Most characters are suspects at some point. In the course of the investigation, mistakes, flaws, and weaknesses are exposed.

Betty Gow is a tremendously sympathetic figure who emerges from a terrible ordeal, not unscathed, but intact. However, she was turned into media fodder and suffered enormously. If she were alive today, I don’t know that she would appreciate her story being told again. But over the years, she spoke with several authors who were writing books on the kidnapping or her former employers. She seemed at peace with her connection to the case.

But the Lindberghs were a different story. Charlie was a celebrity from birth, dubbed the Eaglet and Wee Lindy. Cartoons depicted him flying alongside the stork. Newspaper readers even complained that they were sick of hearing about the baby, who was after all “no better than a longshoreman’s, and perhaps not as good as some.” The couple strongly felt that the public’s fascination with their child and the media’s willingness to capitalize on that fascination made Charlie a target for kidnappers.

Kidnappings were rife in the 20s and 30s. The Lindberghs’ fame and wealth might have made them a target, regardless. However, it is true that while there was tremendous sympathy for the family, there were also a lot of squalid efforts to cash in on the tragedy. The truck driver who discovered Charlie’s body was swiftly hired to do a one man “tableau” at Coney Island. A photographer managed to get inside the morgue and take a picture of the child’s remains; that picture was briefly on front pages until outrage led to its withdrawal. Not wanting his son’ resting place to become a tourist attraction, Colonel Lindbergh scattered his ashes at sea.

Mine is just the latest book to address the Lindbergh kidnapping; some Anne Morrow Lindbergh gave her blessing to, others are sensationalized and sloppy in their reporting, omitting facts that are easily obtained. As with the newspaper accounts in 1932, the purpose is to build a dramatic story at one person’s expense. I’ve been asked several times how closely I stuck to the facts. The answer is: very. In the aftermath of the kidnapping, many false narratives were created about the suspects, both by police looking for motive and by the media. The Lindbergh Nanny is a novel. But I wanted it as grounded in the known facts as possible.

There are some who feel the suspect list includes Charlie’s father. Today, Charles Lindbergh is rightly reviled for advocating that America had common cause with Nazi Germany as a white nation “surrounded by black, brown, and yellow.” He pronounced himself concerned with violence against Jews in Germany but accused American Jews of using their “enormous influence” in the media to drag America into a war that was not in its interest. (In fact, a 1941 study showed that Jewish people “controlled” only 3% of American newspapers and were a tiny minority at NBC and CBS.) He believed “Jewish influence” should be limited. He did serve his country during the war. But he never fully acknowledged the horrors of Nazi Germany without engaging in what we now call “whataboutism.” Nor did he atone for his support of that regime. He was a firm believer in eugenics and an advocate of selective breeding.

So how much care do we show for a man who, at a crucial point in history, showed such a murderous lack of care for others?

The answer could be: not much. If Charles Lindbergh created a false narrative about a people under the threat of extermination, perhaps a writer doesn’t need to worry about creating false narratives about him.

But then I remember the bag of hair.

What I finally decided that it is not Charles Lindbergh’s beliefs I have to worry about, but mine. I do accuse one of the characters of involvement in America’s most infamous kidnapping. I am guilty of creating a dramatic story at one person’s expense. But as much as possible, I based my conclusion on the evidence, rather than character assessment. In writing about people who are long dead and cannot defend themselves it is important to be factual. It also important to be ethical. To view those people in their entirety. If they did awful or questionable things, it’s part of the narrative. If they did honorable or sympathetic things, that is also part of the narrative. Except for the man who killed Charlie, every character’s capacity to feel pain is acknowledged. Because it’s their pain, not mine. My story, but their lives. 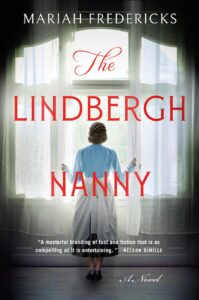 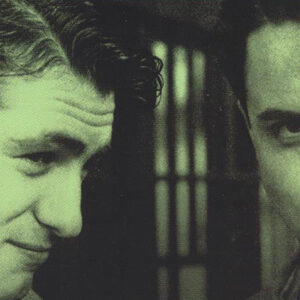 In 1992, two of the year’s most memorable independent films depicted gay men committing murder. Gregg Araki’s The Living...
© LitHub
Back to top