The Argentinian Author Discusses the Violence of Leaving

Mariana Dimópulos’ All My Goodbyes, translated by Alice Whitmore, is a sinister, deceptive book. Its scenes slide smoothly past, no matter how bloody they might be. And often, they are very bloody. Dimópulos’ unnamed narrator has spent years traveling the world, refusing to stay in one place. As she travels, it seems, violence follows her. First, her co-workers at a German IKEA conspire brutally against their supervisor. Then her best friend, Julia, returns from her work at a mental hospital with horrible bruises. And years later, when the narrator returns to Argentina and falls in love with a Patagonian rancher, “they called me up so I could see how the story ended: the living room covered in blood from wall to wall, the ransacked house, the abandoned axe.”

But first isn’t quite the right word. In All My Goodbyes, time spirals. The narrator’s lover, Marco, is murdered years after the IKEA conspiracy, but in the novella, he dies first. Only after his violent death do we learn that he, too, was a violent figure, never appearing in the text without some sort of weapon. As the narrator processes Marco’s death, she begins to wonder whether she, too, is a violent figure: a serial abandoner of friends, family, and lovers, unable to connect, or to accept the passage of time.

All My Goodbyes is both a suspense-driven noir and a post-modernist exploration of time. Dimópulos’ prose is haunting, even frightening, in its calm. By the end, her protagonist is impossible to trust, but her story is impossible to look away from. Fear and dislocation are everywhere in this slim, haunting book—and no matter how hard readers try, there’s no way to tell which comes first.

Lily Meyer: How did you keep track of the many places and times in All My Goodbyes, which appear completely out of chronological order? And how did you use that non-chronological structure to build suspense?

Mariana Dimópulos: When I started writing the book, I soon decided not to compose long passages and then cut them up in order to obtain the fragmented structure I was looking for. It would be more practical to make the passages short and complex just from the beginning. This is how the whole narrative took the appearance of something smoothly interwoven. At that point, I already had something like the whole story in my mind (as you should if you are writing a crime story) and some crucial scenes or knots where characters and places were stable and could be developed partly in a chronological way. Each particular thread had its own force—that’s the point. I just had to keep the path of repetition and innovation in order to build a multiplied suspense.

Marco, the protagonist’s Patagonian love interest, appears in the novel first as a murder victim. Later, we get to know him as a silent, macho figure who’s always holding a gun or an ax. Was this a way for you to undo clichés about murder victims?

Not necessarily. What mattered most was some kind of primitivism, a telluric force moving through the whole Patagonian love story. Sometimes the protagonist says, “I don’t like introspection.” However, she has an intellectual background and tends to do exactly what she despises. The Patagonian scenario (in which she works on Marco’s ranch) is a way of getting rid of this introspective mentality, her habit of immersing herself in skeptical thoughts. And love is a way of believing in something. But non-reasonable stories can end with irrational or inhuman acts, like murder.

Why does the protagonist fall in love with Marco to begin with? Is it because he’s so silent?

Silence is a virtue in this book, yes. Nature is silent, frozen nature like a river or a mountain in winter, for example. If one has an agitated mind, like hers, full with questions and skeptical thoughts, or if one has a critical mind, silence is a balm.

But silence can be a violent act in All My Goodbyes, no?

Of course. There are plenty of ways silence can be violent. Most of her goodbyes are non-pronounced goodbyes. When she leaves places in Europe, she never gives an explanation or tells the truth about her departure. When she does talk, she lies. When we’re interacting with (loving!) someone else, not giving an account of our own actions is a violent attitude in some way. Accordingly, there is a dark side of silence to the book. In addition, of course, there is the silence of death, especially because in this case, the death is a mystery and a crime.

When the protagonist is in Germany, and particularly when she’s working in the bakery in Heidelberg, she experiences loss of language (since her German isn’t very good) as a profound loss of self. Does she ever get herself back? And why does she dislike introspection so much?

Introspection is a symptom of the self. And that’s what she rejects most: the toil of the self. The way we go inside ourselves looking for answers and justifications, but also the incredible effort of being oneself, coherent and justifiable in front of others. I really discovered this dimension of the self: on the one hand, you are not born with it, you have to struggle and sustain it. Having a name is an effort! On the other hand, of course, we just repeat ourselves all the time and being oneself is very easy…

How is All My Goodbyes in conversation with—or pushing against—Argentinian gaucho literature? Literature about Patagonia?

I usually don’t converse too much with Argentinian tradition, although we are proud of many first-rate authors (among them Borges) who we read at school at fourteen, and who are always at the back of our minds. This experience gives you a kind of unconscious self-confidence—I’m not sure if this is not a paradox—and allows you not to constrain yourself in your own tradition. Because you secretly converse with your tradition, you can go outside and openly deal with something else. Most important for me at the time I wrote All My Goodbyes were Thomas Bernhard and Virginia Woolf. And Juan Carlos Onetti.

By the novel’s end, the protagonist hates herself for her decade of wandering: “These are all my crimes,” she says, “all my goodbyes.” Do you think of abandonment as an act of violence? When does she begin to think that way?

Well, if you are trying not to fall into the simplicities of the self the way we usually do—having a name, a place to live, work, the usual way of being oneself, acceptable for society—then wandering is a solution. But it comes with its costs. Leaving a place is (until now, it may not be in the digital future) leaving people behind.

The protagonist is a scientist, as was her father. She finds logic alluring, but considers it a trap—she’s too able to rationalize her own actions, she thinks. But do you consider her a rational figure? Is she in control?

I think she abandons rationalization the instant she leaves her father and family and starts her wanderings. No, she is not in control. But the contradiction is that she thinks she can control this not being in control. Until someone is murdered, that is. I think when you are in your twenties, in our societies, you have this strange feeling that you can decide when “life” really begins. You are trying to find an authentic or worthwhile way of life: how to make money, which kind of people to have around, how to deal with the atrocities of this world. Meanwhile, you’re already in the middle of living. In this sense, her escape is an illusion.

How much does Marco’s death affect her, in the end? Does she retain the ability to feel the difference between potentially reversible goodbyes (i.e. leaving) and final ones (i.e. death)?

I think she does insomuch as she is remembering. The whole book is her long process of establishing that difference. 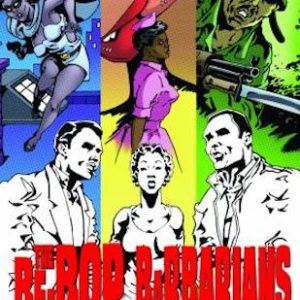