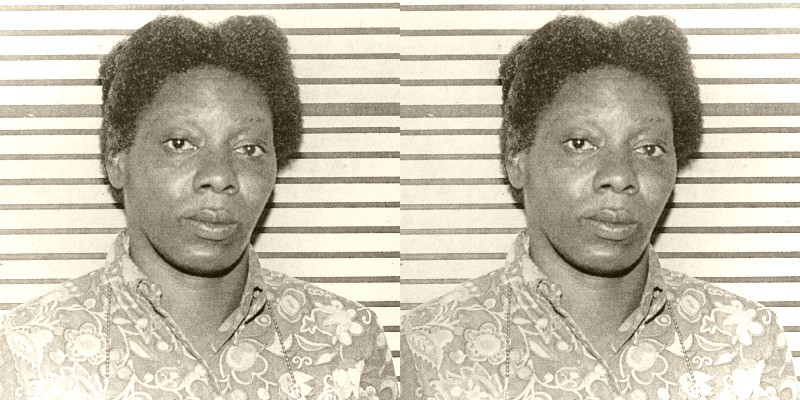 The Life and Crimes of Marie Dean Arrington

Marie Dean Arrington had been taking matters into her own hands for her entire life. So when she found herself in a minimum security jail cell—well, what was she supposed to do? Just sit there?

Marie was thirty-five, and she’d been committing crimes for over a decade. At 23, while working at a motel as a maid, making 75 cents an hour for scrubbing floors, she suddenly realized that she could make a lot more money if she just robbed the motel instead. So she robbed her boss, and then she tied herself to a chair. When the police arrived, she said that she was a victim of the robbery. (She might have gotten away with it if it weren’t for her one weaknesses: cigarettes. The police noticed that there were cigarette butts all around the chair, and asked Marie how she managed to smoke since her hands were tied. At that, she confessed.)

Now she was in far more serious trouble. She was facing the electric chair. But she’d been put in a minimum security room in the prison hospital at Florida Correctional Institute for Women at Lowell, even though the man who prosecuted her had protested wildly, saying she was “dangerous and will kill again.” She looked around the room. She got to work.

“It’s like she flew out of here,” said the prison superintendent, the next day.

Marie was born in Leesburg, Florida on August 8, 1933. She was Black, and Leesburg was segregated at the time. She dropped out of school in sixth grade. And that’s about all we know of her childhood. Decades later, when she spoke to journalist Gary Corsair about her life, she refused to tell him anything about those early years. Her sister wouldn’t talk about their childhood, either. All Marie ever said about that time in her life was in an interview in 1973, where she declared, “I was never handed anything. Everything I ever got I had to fight like hell for.”

Marie certainly did fight like hell, though she was often fighting on the wrong side of the law. One of her high school classmates remembered her as a “peculiar person” and a “bad seed” who didn’t get very much parental supervision, which led to a lot of drinking and running around with a bad crowd. In her twenties, Marie committed a series of offenses, from petty to serious: forgery at age 22, assault at 23, larceny and robbery at 24, passing bad checks at 28, larceny and vehicle theft at 31. When it came to crime, she wasn’t picky about her victims. She forged her sister’s signature once, to steal money from her bank account, and her sister seemed almost impressed, saying, “Marie can imitate anybody. If she sees yours [your signature] one time, she will imitate yours.”

Most of the people who knew her, it seemed, knew that she wasn’t to be trusted. “No one said anything good about Marie,” her high school classmate remembers. “I knew she really did a lot of little terrible things, bad things, what not, like stealing, drinking, and staying out all time of the night with different guys. But I didn’t have no idea that she would murder anybody. No, I didn’t.”

For more about the life and crimes of Marie Dean Arrington, listen to episode 40 of Criminal Broads.

What You May Not Know About Your Father, The Spy 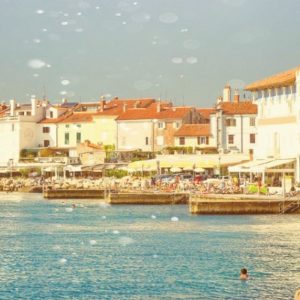 What You May Not Know About Your Father, The Spy

“Your father was working for the CIA,” said Bogdan, husband of my second cousin, a provocative person, especially after...
© LitHub
Back to top