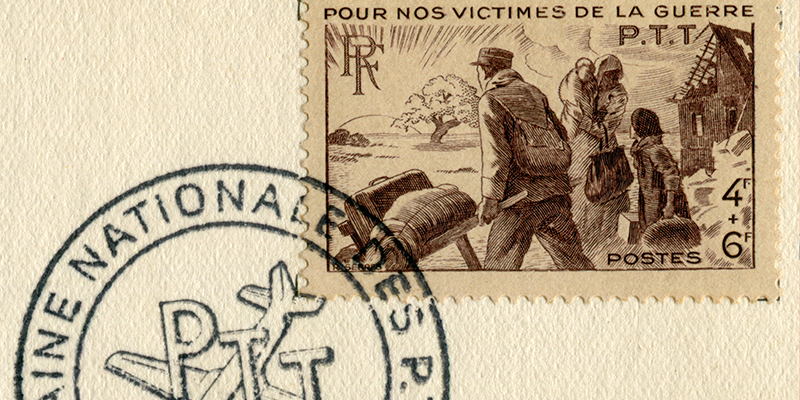 "[T]he First and Second World Wars remain alive, not just in our imaginations but before our very eyes."

When it comes to my new book, DIE AROUND SUNDOWN, which is set in Paris in 1940, I’ve encountered the same question a couple of times: why did you want to write a second world war book?

I quickly realized that there are actually three parts to that question—why set it in Paris, why in 1940, and why you?

Let me try to explain, and with the easiest part: Paris. As a child, we would drive across France at least once a year on vacation. My parents retired to the Pyrenees mountains, and so a visit to them always involved a stop in Paris. It’s a beautiful, walkable city, and one of its greatest features, ironically, is a remnant of World War Two. You see, in England some people sometimes makes fun of the French for surrendering too quickly. What that meant, though, was safety from the air raids and shelling that every other major city in Europe endured. Where London, Berlin, and Dresden had to replace centuries-old building with modern ones, Paris did not. It looks today like it did before the war—no high-rises and skyscrapers to dim the streets with their shadows. Paris remains intact.

When I was ten years old, my grandparents long-retired gardener, Joe Wallace, came to stay with us. His health was declining rapidly, and he had no one else to look after him. He spent his days in bed, life ebbing away day by day, but several times during his (sadly brief) stay I took him cups of tea or food. Each time, he’d ask me to sit and listen as he reminisced. And the vast majority of his stories were about Word War I, which he’d signed up for as a fifteen year old.

He’d fought in the trenches and, as I think back, his stories were probably not the best for a young fellow like me to hear. But they were fascinating, enthralling, and because he survived every encounter and incident (obviously!), any tragedy in those stories was distant in time and unconnected to me. Two particularly stuck in my mind, and both are told in DIE AROUND SUNDOWN, in a slightly different form, of course.

Something else war-related happened when I was around ten years old; I spent the day with a friend my age, at the farm in the English countryside that his family had recently bought. They were wealthy and weren’t planning on farming, they just wanted a nice big house and some land. Consequently, many of the barns and outbuildings on the farm had sat unused for a while—prime exploration territory for two boys.

I remember spotting a henhouse at the edge of a field, and for some reason it became our focus. I vaguely remember us fighting our way into it through a jammed door, and it being dusty and rather falling apart. I don’t remember why we pried up a couple of floorboards, I really don’t, but we did and under the floor we found a uniform. A soldier’s uniform, the jacket and the trousers. We were gob-smacked. And, of course, utterly delighted.

We ran back to the farmhouse to show an adult, any adult, our great find, because of course we did! But… they were unimpressed. Not just unimpressed, I recall my mother being horrified at the ratty, musty, dirty uniform. It was swiped away from us and disposed of out of our sight, before we could even go through the pockets!

Truthfully, I don’t know why my mother and his were quite that grossed out. I’m sure it was some sort of health hazard, sure, but it was also… I mean, it was a soldier’s uniform that had been intentionally hidden in the floor of a henhouse!

Forty-five years later, I can’t explain it, and forty-five years later the questions that swirled in the head of that ten-year-old boy still rattle around inside mine. Whose was it? Why was it there, of all places? And why did our parents react so strongly to what they must have known was a super-cool find for two curious, exploring boys?

The thing is, for so many people (especially in Europe) the First and Second World Wars remain alive, not just in our imaginations but before our very eyes. If you live across the pond, there are daily reminders in every village, where crosses or statues honor the dead and wounded. There are museums, many of them, housing guns and maps and tanks and… yes, uniforms. There are even many buildings or other sites damaged in the war that have been preserved in their ruined state to this day.

And the wars, both of them, are constantly revealing themselves to us in the stories that continue to reach our ears. And there are still fresh tales coming out because a war involving millions of people is a war that means a million different things to those people. What I mean by that, is that WW2 caused extreme hardship to millions, but in so many different ways. A housewife in Coventry didn’t experience what a general leading troops in North Africa experienced. And both of those people have, or had, a story to tell.

Prime example: last year I read A WOMAN OF NO IMPORTANCE, by Sonia Purnell. It’s an outstanding book about one woman’s bravery as a spy, working for the Americans and English in France. A woman who confounded the Nazis for years, even escaping on foot across the Pyrenees Mountains to escape them—on foot literally because she had a wooden leg (she shot her own foot off in a hunting accident!).

One thing that struck me, over and above her bravery and her exploits, was the fact I’d never heard of her. How was that possible? But it’s become increasingly clear to me that there are innumerable people I’ve not heard of that could fascinate me.

In my own book, Princess Marie Bonaparte, great grand-niece of the little emperor himself, becomes a main character. She was an accidental discovery for me, a name on the internet during some coffee shop-based research moment. She piqued my interest, though, so I bought a book about her, read it, and now she will be a major force in all forthcoming Henri Lefort stories. Before that internet mention, and then the biography, I’d never even heard of the descendant of Napoleon Bonaparte who was a student of, then colleague to, Sigmund Freud.

Stories from the Resistance are my current focus, and yes, for a new Henri novel. The individual bravery, the perhaps forgivable cowardice, the relationships and the rivalries. Each one is a different story for those involved, and each fascinating to me. If old Joe, a boy soldier in a trench, can pass on his captivating memories then I know there’s still much for me to learn from the Resistance fighters. To learn, and share with my readers.

We found that soldier’s uniform more 30 years after the war ended. Maybe it wasn’t even from the war but… nah. It was. It was in our imaginations, for sure. Thirty years after the guns fell silent in Europe, WW2 was still revealing its secrets, this one in a conspiracy of events that put a uniform in a henhouse in the Hertfordshire countryside. Partly revealing its secrets, I should say. I still have no answers, and when I went to my mother a few years ago to ask her what she remembered, she looked at me blankly and said, “Nothing.”

I can only conclude that she is in on this particular conspiracy and will, some day in the future, tell me everything as I bring her cups of tea in bed. 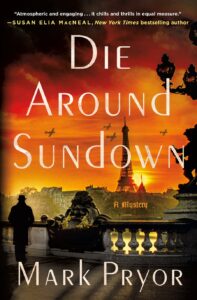 ​Mark Pryor is a former newspaper reporter from England, and now a prosecutor with the Travis County District Attorney's Office, in Austin, Texas. He is the author of the Hugo Marston mystery series, set in Paris, London, and Barcelona. The most recent is THE FRENCH WIDOW, which is released on September 15. His previous novels in the series include THE SORBONNE AFFAIR (a "flawlessly constructed whodunit," according to Booklist), and THE PARIS LIBRARIAN, which the Toronto Globe & Mail says “has it all… a finely structured plot that’s one of Pryor’s best books yet.” The first Hugo Marston novel, THE BOOKSELLER, was a Library Journal Debut of the Month, and called "unputdownable" by Oprah.com, and the series has been featured in the New York Times. It is currently optioned by Like Entertainment Inc, for TV/film production. Mark is also the author of the psychological thriller, HOLLOW MAN, and its sequel, DOMINIC, published in January of 2018. He also created the nationally-recognized true-crime blog 'D.A. Confidential.' As a prosecutor, he has appeared on CBS News's 48 Hours and Discovery Channel's Discovery ID: Cold Blood. 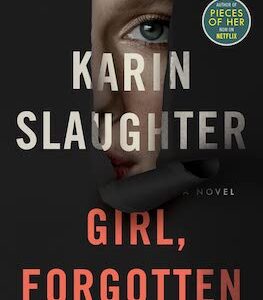 Jasper said, “Your father is up for parole again in six months.” Something about his tone twisted Andrea’s stomach...
© LitHub
Back to top