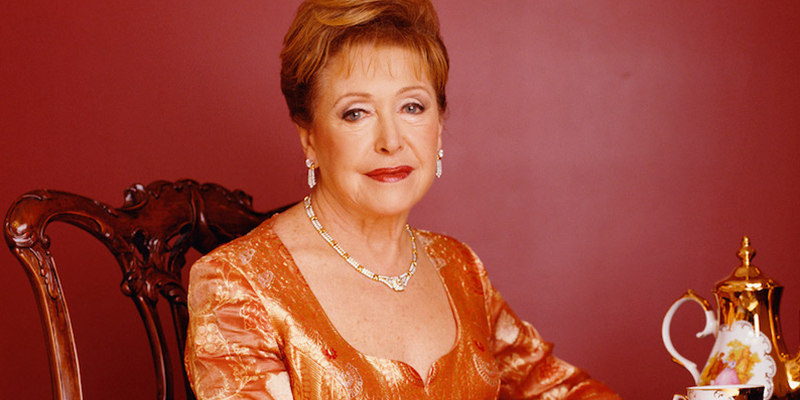 Remembering the incalculable influence and resilient heroines of a venerable figure.

On Friday, January 31, the world said goodbye to Mary Higgins Clark, long the reigning Queen of Suspense, who died at the age of 92 of “complications of old age” in Florida. Since her start in 1975 with Where are The Children, she wrote 56 books, all bestsellers, and all published with Simon & Schuster.

Her influence on the genre is incalculable—it’s no coincidence that her female heroes confronting male villains appeared at the height of Second Wave feminism, and her last book, published in November 2019, featured a timely fight against sexual misconduct. Her novels were relatable without being gruesome, accessible to readers of all ages, and were some of the very first crime novels that I read as a child. (My piano teacher used to lend them to me, along with Lillian Jackson Braun’s many cat cozies.) I don’t remember much about any individual book, for, like many great mystery writers, Mary Higgins Clark knew when not to mess with a winning formula, but I remember tearing through them, needing to know how they ended, and always being satisfied with the results. I cheered for her heroines and hoped I would rise to the challenge if ever faced with the same circumstances.

Clark was adored by her readers and the crime writing community, caring deeply about writing as both calling and career. Sarah Weinman, who profiled Mary Higgins Clark for The Guardian in 2015, wrote an obituary for the LA Times that confirms Mary Higgins Clark as just as capable as her characters—before her husband’s early death, Clark had dedicated herself to crafting short stories and developing her writing, but after being widowed, she took a job as a radio scriptwriter that she had previously refused, and when her first novel, published in 1969, failed commercially, set her sights towards suspense, determined to succeed and support her five children. Weinman celebrates her merging of classic suspense with modern crimes, and long before Law & Order appeared, Clark was combing the tabloids each morning, looking for cases to craft into psychologically astute and well-plotted narratives.

A statement released by her long-time editor Michael Korda notes that “Nobody ever bonded more completely with her readers than Mary did; she understood them as if they were members of her own family. She was always absolutely sure of what they wanted to read—and, perhaps more important, what they didn’t want to read—and yet she managed to surprise them with every book.”

Crime writers around the web have expressed their mourning and appreciation for Mary Higgins Clark, as a writer, a mentor, and a friend. Harlan Coben tweeted that he was “heartbroken,” while Lisa Scottoline celebrated Clark for paving the way for women suspense writers.

Heartbroken.
A generous mentor, hero, colleague, and friend. She taught me so much. I’ll always be grateful. #RIP #MaryHigginsClark pic.twitter.com/rkh5HZg1jA

Very sad to hear of the passing of the great Mary Higgins Clark. She was a wonderful and warm person, and she paved the way for women in suspense fiction. What a loss. Condolences to her wonderful family. https://t.co/F4kY9YSKXQ

The Mary Higgins Clark Award, given out at each year’s prestigious Edgar Awards, is a testament to the power of her work and stories like hers. To be eligible for the award, a novel must feature as protagonist “a nice young woman whose life is suddenly invaded” and who “solves her problem by her own courage and intelligence.” Like Hitchcock, Mary Higgins Clark was fascinated by the everyman (in Clark’s case, it was most often an everywoman), although unlike Hitchcock, she understood that meant danger more than adventure or romance.

She knew that happiness must be appreciated precisely because it was fleeting, and that living an ordinary, responsible life was no protection from pain.

Her own life bled into the lives of her characters—she knew that happiness must be appreciated precisely because it was fleeting, and that living an ordinary, responsible life was no protection from pain. She also knew that trauma could bring with it a new resilience. Her mother, also widowed with young children to care for, had returned to work at the age of 52, and Mary Higgins Clark learned from her example as well as sharing her suffering. Crime and mystery fiction is comforting to those who’ve had the world ripped out from beneath their feet. Crime and suspense fiction acknowledge the reality of emotional suffering through granting it physical weight, and present a drama in which to rediscover our own strength through the mirror of powerful characters. Suspense is also, when we need it to be, the greatest distraction in the world from our own problems (and everyone’s got problems).

Those who count Clark as an influence leave the sex scenes and four-letter-words off the page, but, with the power of imagination, we can fill in the blanks when we choose to. Her works remain as relatable today as when she first started her career 45 years ago, and will continue to resonate long after Clark’s passing, as more and more writers take up the mantle of writing heroines with the ability to rescue themselves. 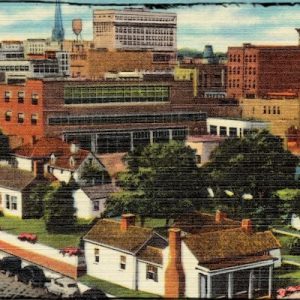 My first newspaper job out of college was in Little Rock, Arkansas. I was hired as a general assignment reporter, meaning...
© LitHub
Back to top