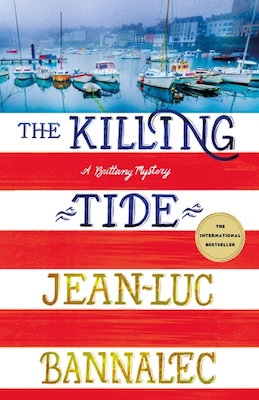 The following is an exclusive excerpt from The Killing Tide, by Jean-Luc Bannalec. In this fifth installment of the Commissaire Dupin series, Dupin must do the unthinkable: investigate a crime at sea. But the case takes him to the mysterious Île de Sein off the Brittany coast, where things become stranger and more complicated than he could have imagined.

He pulled his cell phone out of his jacket pocket. He was missing an important part of his ritual: the first phone call in a new case with Nolwenn, his personal assistant. He would have to ring Claire too, given that he had just vanished, leaving only a short note on the table. They had agreed to sleep of the night before, have a convivial breakfast together at the Amiral, and lunch together too. Dupin had intended not to turn up at the commissariat until the afternoon. They had spent all too little time together in the last few months, Claire and he. Not at all what he had planned—and wanted—when he had dragged Claire to Brittany the previous year and she had taken over the post of head of the cardiology department in Quimper. The sad thing about it was that Claire had the morning of—precious hours they might have spent together—before she had to go to Rennes for a medical meeting and would have to stay the night too. Back in Paris, during their early relationship, it had been exclusively Dupin’s fault that they saw each other so seldom; now it was the other way around. Dupin frequently had to drive to Quimper late at night to collect her from the clinic. Then they would sit on Claire’s little balcony and drink red wine and eat cheese that Dupin had bought at the Concarneau market. Often Claire was so tired that they simply sat in silence next to one another looking at the lit-up ancient alleyways. Nowadays they rarely went on excursions as they had earlier when Claire had come to Brittany from Paris on her days of. Dupin missed that.

He had already tried Nolwenn from the car but the line had been busy. As always she would already be in the picture, well informed. Dupin had long ago given up trying to figure out how she knew what and from whom, and simply assumed she had telepathic abilities. Druidic abilities, it would seem. Nolwenn picked up the phone. “The woman is a rebel, Monsieur le Commissaire, I know her through my husband’s aunt who’s a friend of hers.” Dupin might have guessed, even if this familial link didn’t exactly open up the case. Nolwenn was, in principle, on the side of the opposition—a genetically anchored, wonderfully anarchic reflex. She knew everybody who had fought back against injustice, arbitrary judgments, and bad management.

“Did you know her personally?”

It couldn’t be better. Nolwenn took charge of the business.

“It’s more than just about the tragic death of this wonderful woman.”

“It’s more than just about the tragic death of this wonderful woman.” Nolwenn was livid. “That shouldn’t put more pressure on you but it’s something you need to know. And you know what immense courage it takes to go out amid tossing seas, waves several meters high, and whipping storms, in total darkness, to put yourself at the mercy of the sea, alone? Daily? That’s how a fisherman or fisherwoman earns their daily bread.”

Dupin considered it a nightmare.

Dupin had no intention of contradicting her.

“Jean-Pierre Abraham”—Nolwenn’s favorite author, who had for years been a lighthouse keeper and later lived on the Glénan

islands—“once wrote, ‘Going out to sea means something new every time, to leave the land of the living with no guarantee of re- turning to it.’ In comparison the work of a police commissaire was just thumb-twiddling!”

“You have to come down hard on this mafioso Morin, he’s responsible for everything.”

“Céline is bound to have made many enemies.”

“Riwal is going out to the island.”

“Excellent. He knows how to speak to the people there. But really you should go with him.” Advice seriously meant. “And by the way, in case you’re wondering, I will be working from Lannion today. But I’m contactable at any time.”

Dupin hadn’t the faintest idea what her work from Lannion was about.

“Boss, boss!” It was Riwal again, but this time he came charging right up to him. There was a look of horror on his face.

“I’ll call you back, Nolwenn.”

“We’ve got—” Riwal stopped in front of Dupin, gasping for breath. “We’ve got another corpse, boss!”

“I’m not joking, boss. Another corpse. A new one.”

“Another dead body? Who?”

“It’s a woman again—and guess how she was killed.”

“Her throat was cut.”

Riwal stared at him in confusion. “How did you know?”

Dupin brushed his hand through his hair. “It can’t be true.”

“A dolphin researcher from Parc Iroise. Her throat cut. And guess where?”

Before Dupin could say anything, Riwal answered his own question: “On the Île de Sein!”

The island had now assumed an indisputable role in events. “A dolphin researcher?”

“The woman at the cofee stand said something about dead dolphins.”

“There are two groups of great porpoises in the Parc Iroise. About fifty around the Île de Ouessant, and another twenty around the Île de Sein. The Parc Iroise also has various diferent types of dolphins, little porpoises, blue dolphins, and roundhead dolphins. The dolphins are very important to the scientists in the parc: we still know very little about their highly evolved social relationships, their remarkable intelligence. In addition, the condition of the dolphins is an important indicator of the ecological conditions in the parc, the quality of the water . . .”

“Did the two women know each other?”

“When was the dolphin researcher killed?”

“We don’t know that yet either.”

Dupin had only just begun to deal with one murder. “This means we need to go out to the island together. Me too.”

There was no way for Dupin to avoid it.

“The sea is still going to be a bit rough,” Riwal said. Dupin knew that all too well, but was aware that there were more important things at the moment. Even so. For the past few days, up until mid- day yesterday, there had been a storm. But today was summer. High summer. The water in the bay was beautifully calm, but—he was no longer a newbie in Armorica, “the land by the sea”—it would still be seriously choppy farther out.

“Unfortunately we can’t use the helicopter. The prefect is using it, on the four-day simulation exercise for a—”

Dupin knew he would only get worked up. It was always the same. Whenever they needed the helicopter, the prefect was using it. This time the prefect had announced weeks ago that there was going to be a practical simulation of something that for Dupin personally was a particularly dubious issue.

“We can go out from here in a police boat, or . . .” Riwal checked the time, “or take the regular ferry from Audierne, we could make that, we’re twenty minutes from the stop.”

Dupin gave him an inquisitive look.

“The ferry would be much more comfortable. It sits deeper in the water and is more stable. But we need to leave right now.”

Dupin liked the word “regular” when he needed to go out on the water.

“Are there any of our colleagues there already? Is there a gendarmerie on the island?”

“No. But the deputy mayor takes care of everything. He’s also the island doctor and president of the national lifeboat organization.”

“There’s a police boat already on its way. From Audierne.”

“It’s a shorter distance from Audierne than from Douarnenez?”

“We’ll take the ferry. The regular one. We can set of right now. In your car. Call the ferry company and tell them to wait for us. Kadeg can take over here. Tell him our priorities. He’ll call for reinforcements.”

With that Dupin set of, Riwal following him.

The whole thing was absurd. Two slit throats within a few hours—that was no coincidence. Both victims were women and both came from the Île de Sein, had to do with the sea. Obviously it was one and the same case. Dupin was in no doubt. 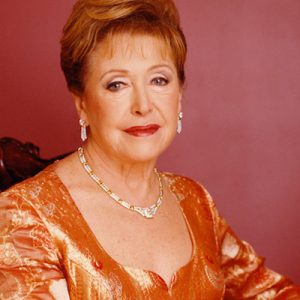