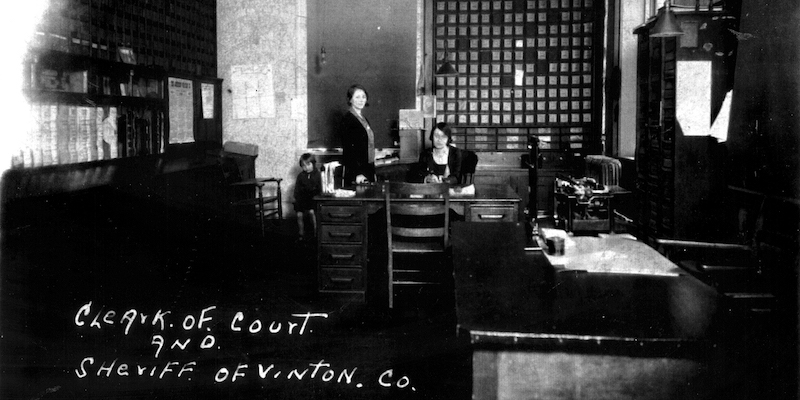 After her husband was killed in the line of duty, Maude Collins served out his term. Then she ran for reelection—and won.

In real life, Maude’s husband Vinton County (Ohio) Sheriff Fletcher Collins was killed in the line of duty in October 1925. But there was no mystery as to who killed him. Internet stories vary, but per a newspaper account of the day, Fletcher had ventured out with a warrant for Amy Robinette, on a charge of stealing automobile tires, and another for George Steele for speeding. He found the two together alongside the road. Sadly, George pulled out a 12-gauge shotgun and shot Fletcher at close range. The couple ran but turned themselves in an hour later. There were also several witnesses to the murder, and Maude had to serve as witness in the trial that she had knowledge of the warrants. (The couple took them before running.)

After the funeral, Maude was packing up her five children to return home to West Virginia. (Interesting side note: she was a direct descendant of the McCoy clan—as in the Hatfield and McCoy feud of fame.) But a county commissioner came by, asked her where she was going, and invited her to serve out her husband’s term. She did, and in 1926 ran for sheriff in her own right. She ran on the Democratic ticket, beating men in both the primary and general elections, and won… in a landslide.

In her role, she made history again as the first woman to accompany prisoners to the Ohio State Penitentiary.

What’s more, she gained national attention in 1927 for solving the “Axtel Ridge” double murders of William and Sarah Stout (ages 65 and 60).

The well-off couple lived on a farm; Sarah was William’s second wife. In November 1926, Sarah swore out a warrant against Arthur Stout, William’s son, citing his illicit relationship with Inez Palmer. Arthur and Inez lived together on a nearby farm. Why did Sarah take such action? In the context of the time and the area, perhaps she feared that her and her husband’s good reputations as upstanding farmers and citizens would be tarnished by her stepson’s action.

In any case, a few days later, a neighbor noticed the door to the Stout’s farmhouse hanging open. Upon checking the house, he discovered Sarah Stout’s burned body in front of the stove. The prosecuting attorney and two doctors studied the scene and determined that she’d been murdered by strangulation, her body then doused with kerosene and set on fire. Bloodhounds traced from her murder site to Arthur’s wagon. In February 1927, he was indicted for his stepmother’s murder.

But by then, Inez had moved with her boyfriend’s young sons into the Stout farmhouse on Axtel Ridge with William. When William went missing, Inez told Sheriff Maude (as she was affectionately called) that she’d last seen him mending fences and she thought he’d “headed out west.”

With her deputy, Sheriff Maude followed the trail of patched fences and found his lunch pail in which William apparently had left a handwritten will cutting out his other two sons and leaving everything to the imprisoned Arthur.

But Sheriff Maude noted the boot prints along the trail and realized that the prints weren’t deep enough for the man’s weight. She retrieved a pair of William’s shoes from the house, slipped them on, walked alongside the original prints, and saw that though the prints matched, they were not deep enough to be made by William. But they could have been made by a woman her size—someone like Inez Palmer.

Ultimately, Inez confessed to murdering both Sarah and William. Her boyfriend Arthur was guilty of attempting to burn his stepmother’s body, at Inez’s direction. Inez was apparently hoping to acquire the Stout fortune via her boyfriend Arthur.

After Sheriff Maude completed her term in 1930, she served as Vinton County Clerk of Courts. She died in 1972 at the age of 78.

When the Vinton County Historical Society learned that another woman had been recognized as becoming Ohio’s first female sheriff in 1976, the society nominated Maude to the Ohio Women’s Hall of Fame to correct the error. In 2000, one of Maude’s granddaughters travelled from California to Ohio to accept the award in Maude’s honor.

And in 2019, an Ohio Historical Marker celebrating Maude was placed near the Vinton County Courthouse.

As mentioned, my character Lily Ross is inspired by Maude, but unlike Maude, Lily has no idea who killed her husband. In THE WIDOWS, the debut novel of my Kinship Historical Mystery Series, Lily fills in for her husband, Bronwyn County (Ohio) Sheriff Daniel, after he is murdered. (Bronwyn County is fictionalized.) Like Maude, she is a natural fit for the position, as she has worked as her husband’s jail matron for years. What’s more, she and their two young children live in the sheriff’s house. But her motivation for accepting the county commissioners’ offer to fill out his term runs deeper than mere expediency. Lily is driven to find out who murdered her husband and why.

The next installment, THE HOLLOWS, takes up with Lily in fall 1926, when she runs for re-election in her own right and faces opposition from men and women in her community simply because she is female. I give her a case to solve that is wholly from my imagination—and, not to create spoilers about my own work—IF Lily wins reelection at the end of THE HOLLOWS, it will not be by a landslide.

In my series, I do not try to guess as to how Maude might have thought or felt about her own life and relationships. Lily’s thoughts, feelings and experiences are her own, as I imagine them for her.

But I do think that Maude represents a ground-breaking role for women, especially in the 1920s in Appalachia. I can’t know, but I do imagine she had to be tough, smart, creative, and imbued with grit, as well as a strong sense of community, to stay in the county where her husband had been murdered in the line of duty. I have only the utmost respect and admiration for Maude and women like her, and I hope that comes through in my character, Lily.

Vinton County Travel website. (I first learned of Maude Collins through this article.)

JESS MONTGOMERY is the Literary Life columnist for the Dayton Daily News and former Executive Director of the renowned Antioch Writers’ Workshop in Yellow Springs, Ohio. Based on early chapters of The Hollows, Jess was awarded an Ohio Arts Council individual artist’s grant for literary arts and the John E. Nance Writer-in-Residence at Thurber House in Columbus. She lives in her native state of Ohio. Her latest novel, The Hollows, is now available from Minotaur Books.

The Woman in Black, and the Ongoing Effort to Make New York City a Little More Gothic 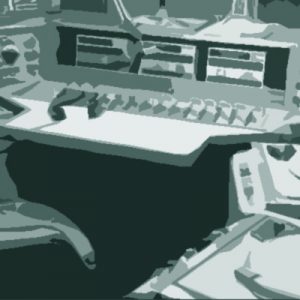 I believe writing affords us a deep dive into a world beyond the one we think we know, and opens us to the stories we need...
© LitHub
Back to top