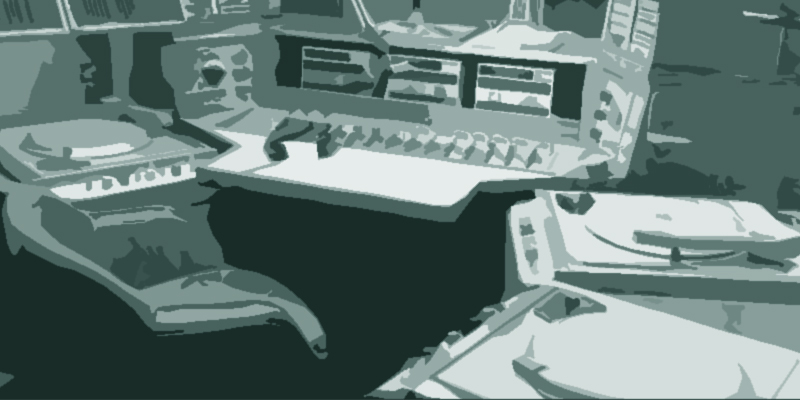 On growing up in the Bronx, and spinning stories in the basement.

I believe writing affords us a deep dive into a world beyond the one we think we know, and opens us to the stories we need to hear.

But let’s start at the beginning of where that seed was planted.

My first job after college was as a weekend, on-air newsman at a small station in Morristown, New Jersey. After a year, I moved to their affiliate up the road in Dover, starting a new job as a full-time DJ at their rock station. While I’d been playing DJ and spinning stories in the basement, as a young kid from The Bronx, this was my first professional opportunity to blend music and storytelling, and listen to that world beyond the one we think we know.

But working in New Jersey, I realized what I really wanted to do was act. So, when I got an offer to join the launch of a newly formed theatre troupe called The Boston Shakespeare Company, to play Caliban in The Tempest, I jumped at it. I moved from Jersey to Boston, where I supported my acting with a DJ gig working the nightshift on a premiere rock station there, WCOZ-FM.

Now, the idea of podcasts was decades in the future, but on WCOZ I created a weekly frame where the music stopped and stories took its place. I called it, The Hour of the Wolf. I read macabre short stories from the likes of Poe, Lovecraft, and Bradbury, accompanied by edgy, instrumental music that increased the stories’ suspense. These stories were serialized, told in twenty-minute segments, four nights a week, at midnight. Boston is an amazing college town of curious minds, and students guided the show to phenomenal ratings for the middle of the night. And as much as I was telling stories, I was listening to them.

After a few years in Boston, I moved to New York City to pursue acting full-time, and landed a gig on the rock station, WPIX-FM, working weekend overnights. I stopped the music at 4AM and told stories there, too. It was a fantastic job, and allowed me to continue to do what I love—live in the music and the magic of story.

In New York I did my share of soap operas—played a gangster, an Italian prince, and a pimp, the last a role in which I met the woman who would become my wife. She played a hooker with a heart of gold. I also guest-starred on numerous nighttime TV shows that shot in the city.

But there were two seminal jobs that brought me to L.A. A TV movie I co-starred in with Valerie Bertinelli, called The Princess and the Cabbie. She was the princess; I was the cabbie. And a TV pilot called Moonlight, about a New York kid in a rock band who delivered Chinese food on the side, and wound up working for the FBI. David Chase, of The Sopranos fame, wrote that one. I also starred in the first-ever series for HBO called, Maximum Security. A prison drama with Geoffrey Lewis (R.I.P) as my cellmate, and Jean Smart as the prison shrink. I was devastated when that got cancelled. But it created space for a deeper listening.

My first professional writing job occurred about ten years after that. It was on a film called, Save Me, about gay conversion therapy. The film made it to Sundance, got some terrific reviews, and a small distribution deal.

But at the beginning of those ten years was when writing gripped me, and a different listening began.

Friends were dying in the early 1980s from AIDS. My wife and I were passionate about putting a spotlight on the lack of attention and funding to the crisis that was decimating a community we loved and respected. This was the moment I knew I wanted to tell stories that weren’t being told—like what would happen if the President of the United State got AIDS? That was the jumping off point for my first film script, optioned for a dollar and never made. But the seed was growing.

What I’ve learned over the course of my career is that writing a script is a marathon, and writing a novel, a triathlon. While it’s all storytelling, these are two different worlds.

The Occurrence started out as an idea for a TV series. But once I saw that the characters demanded more than a hundred-ten page script could hold, it became clear this would be my first novel.

Scripts are a blueprint. They have to communicate character, structure, tension, drama, humor, everything, in a concise amount of time, to a certain group of people: director, actors, wardrobe, camera and lighting teams. There are multiple unions that must get all this information, as well as subtext and nuance in a hundred-ten pages with a lot of white space.

A novel is the actual house. And, we are all the facets. It’s daunting, exhilarating, deeply intense, minutely focused, and hugely time consuming, with no white space—and for the most part, created in a room, with only you, and a keyboard or pencil and paper. That takes a grand amount of solitude, confidence and humility, not to mention physical and mental stamina.

The world of story can guide us through fear of the unknown, to the questions that keep us up at night, and yet gracefully place us in the eye of the storm of this road we travel, where there is much for us to gather, and many stories to illuminate the darkness.

A good friend and amazing author, Paul Monette, who died of AIDS, said, “All that matters in the end is how much you’ve loved and how much you’ve given back.” Being in the presence of this starts with a certain listening.

Robert Desiderio grew up in The Bronx, and is the author of the political thriller THE OCCURRENCE, published on February 25 by Post Hill Press. . He was an actor for most of his life, but when he started writing it changed everything. Robert is also developing projects for film and TV. He lives in Los Angeles and New York City with his wife, Judith Light.
http://www.robertdesiderio.com

Joanne Fluke Has Some Recipes to Die For 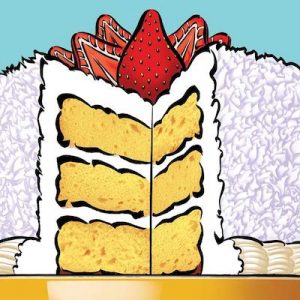 Joanne Fluke Has Some Recipes to Die For

Since the Hannah Swensen Mystery series debuted in 2000 with Chocolate Chip Cookie Murder, Joanne Fluke has been serving...
© LitHub
Back to top