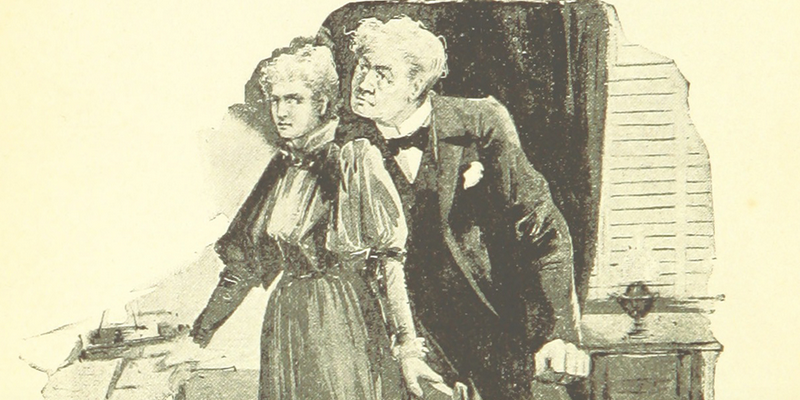 Her protagonist, Loveday Brooke, was an anomaly amid the Victorian lady detective literary craze, for many reasons—including simply for having been created by a woman.

The Victorian writer Catherine Louisa Pirkis is not so well-known today, but her legacy is remarkable. Pirkis, née Lyne, was born in 1839 to a middle-class family, and didn’t begin writing until she was approximately thirty-eight and a married mother of two. Her first novel, a mystery entitled Disappeared from Home, was published in 1877, and its success allowed her to concentrate on writing as a career. She wrote fourteen novels and countless short stories in the next seventeen years. But of all the texts she produced, none would be so important as one of the last she would write. In 1893, she wrote a story for the popular magazine Ludgate Monthly about a lady detective. The detective’s name is Loveday Brooke, and she is one of the most progressive characters to emerge from the popular literature of this time period.

Surprising though it might seem, the only thing not unique about Loveday Brooke is her profession. In both Britain and America, the second half of the nineteenth century witnessed an explosion in mysteries about female detectives. Beginning in the early 1860s with a clever, fictional female detective named Mrs. Pascal (who worked for a fantastical all-female arm of London’s police department), literary lady detectives began solving fictional cases in stories published in popular magazines as well as standalone novels.

But in most cases, the lady detective character was expected to be an anomaly within her individual world. She made the best of “womanly” qualities like “intuition,” or demonstrated a knack for problem-solving that was so sharp, it could rival any man’s (a kind of exception to the rule of female irrationality or total cerebral incapability). And in most cases, as the UC Davis professor Elizabeth Carolyn Miller points out in an article on Brooke, lady detective characters of the period often wound up in their professions because of a male motivation—needing to become a breadwinner after a family tragedy, or working to clear the name of a wronged father or lover. But in Pirkis’s stories, Loveday Brooke has decided to become a detective simply because she realizes she is good at it, and has a desire to monetize this skill. Furthermore, she is happy to be her own provider; across all seven stories in the series, she has no interest in marriage, and never changes her mind.

In offering a representation of gender and sexual nonconformity, Pirkis’s creation was a transgressive character to be sure, yet Victorian society, and in our case, the women’s magazines of Victorian society, were knotty with myriad representations of female sexual and social rights. Miller notes that while Ludgate Monthly was a “family” magazine, Brooke’s differences do not constitute an extraordinary deviation in the magazine’s mission and the Victorian publishing landscape in general (in rooting through the magazine advertisements, Miller points out that companies subtly advertised known, illegal abortifacients.) Victorian publishing culture was much less rigid than we might be inclined to believe, in its investments in female presentation. Victorian publications attempted to cultivate brands according to certain ideologies, but these were not so fixed that they ignored the literary desires or interests of the diverse audiences they served, or the money could that be made by featuring these things.

In creating Brooke, Pirkis (who sometimes wrote under the initials C.L. Pirkis) made an extraordinary contribution towards progressive representations of women characters in popular fiction (as well as, it almost goes without saying, for historians’ looking to grasp the nuances on the period). Understanding Brooke’s status in the Victorian era involves not simply treating her as incidental or the exception that proves the rule of what Elizabeth Carolyn Miller refers to as “a vision of gender essentialism that was supposedly monolithic in late-Victorian mass-culture,” the idea that women were expected to act like “ladies” all the time and couldn’t deviate from these associated, and often submissive, qualities. (This incorrect idea that Victorian culture rigidly sought to to root out and destroy all behavior that did not conform to precisely “feminine” existences still crops up all the time.) Indeed, Victorian conceptions of femininity were hardly “one-size-fits-all.” They were varied and complicated and constantly expanding, at the most. Brooke’s, and Pirkis’s, social differences remind us that the Victorian cultural space (and particularly its populist reading culture) was full of numerous (and ubiquitous) ways in which women pushed back against various norms to feminist ends.

Then again, Loveday Brooke was very much an anomaly amid the Victorian lady detective literary craze, for having been created by a woman. Indeed, Pirkis seems to have been the first woman to write a lady detective character, though there might be one prior female author. In an anthology of lady detectives, Michele Slung suggests that a Mrs. George Corbett wrote a text called Adventures of a Lady Detective circa 1890. However, Elizabeth Carolyn Miller, as well as scholar Douglas Greene, have been unable to find a copy of it anywhere. Miller suggests that it may have been published in a more obscure location, like a periodical. (Mrs. Corbett, our readers might find it interesting to know, is more well-known for the publication of a contemporary female-centered story entitled The Adventures of an Ugly Girl. So.)

In her personal life, Pirkis was similarly vanguard. A passionate animal activist who aided in building Britain’s National Canine Defense League (known today as the Dogs’ Trust), the largest national rescue organization in the UK, she (as well as her husband) was an anti-vivisectionist who lobbied to end animal cruelty in numerous industries. And she often explored the conditions faced by animals in her own stories.

But of all the activism she included in her writing, none was more significant than her investment in productively representing the working class (particularly female workers) and criminals. Loveday Brooke, as Miller notes, is often the only character in her stories who believes, respects, and works on behalf of society’s most vulnerable, exploited, and scapegoated. And she tells off her male colleagues (especially police officers) regarding their mishandling of cases and mistreatment of victims, in these situations.

Pirkis retired from writing in 1894, though she lived until 1910. She preferred to spend her days doing activist work. But the last stories she wrote before she changed paths were as invaluable to their original audiences as they are to us today.

The Civil War Hoax That Almost Took Down The Union 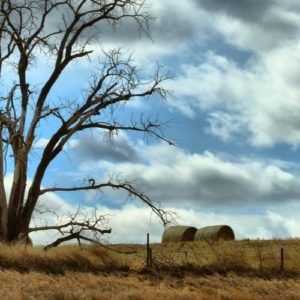 The first time I ever saw one of my books on a "best of crime fiction" list, I felt sure that someone had missed an important...
© LitHub
Back to top